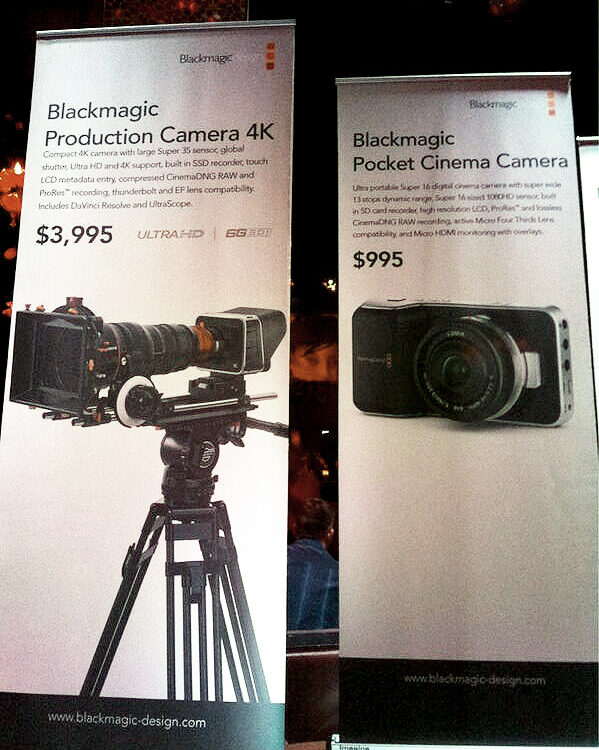 Blackmagic is starting off NAB with a press conference in an hour and some specs have been leaked that are crazy intriguing: A 4k cinema camera with a super 35mm sensor and global shutter priced at $4000. Together with a smaller, pocket 16mm sensor camera for just $1000. Blackmagic is back with yet another big bang at the start of NAB. Last year they took everyone by surprise when they suddenly showed up with the blackmagic cinema camera, a revolutionary camera with a 12 bit raw option at an incredible pricepoint.

Who would have thought they’d be back with yet another surprise overtaking everything else we’ve recently seen in terms of specs. The new cameras are called Blackmagic Production Camera 4K and Blackmagic Pocket Cinema Camera. If the camera can actually hold up to the specs and will be delivered within under a year is a whole other question.

nofilmschool looked at the leaked banners in closeup:

There’s also talk of a new software by Blackmagic, an editing / color grading hybrid for on set use. Something that sounds like it could be handy for indie filmmakers like you.