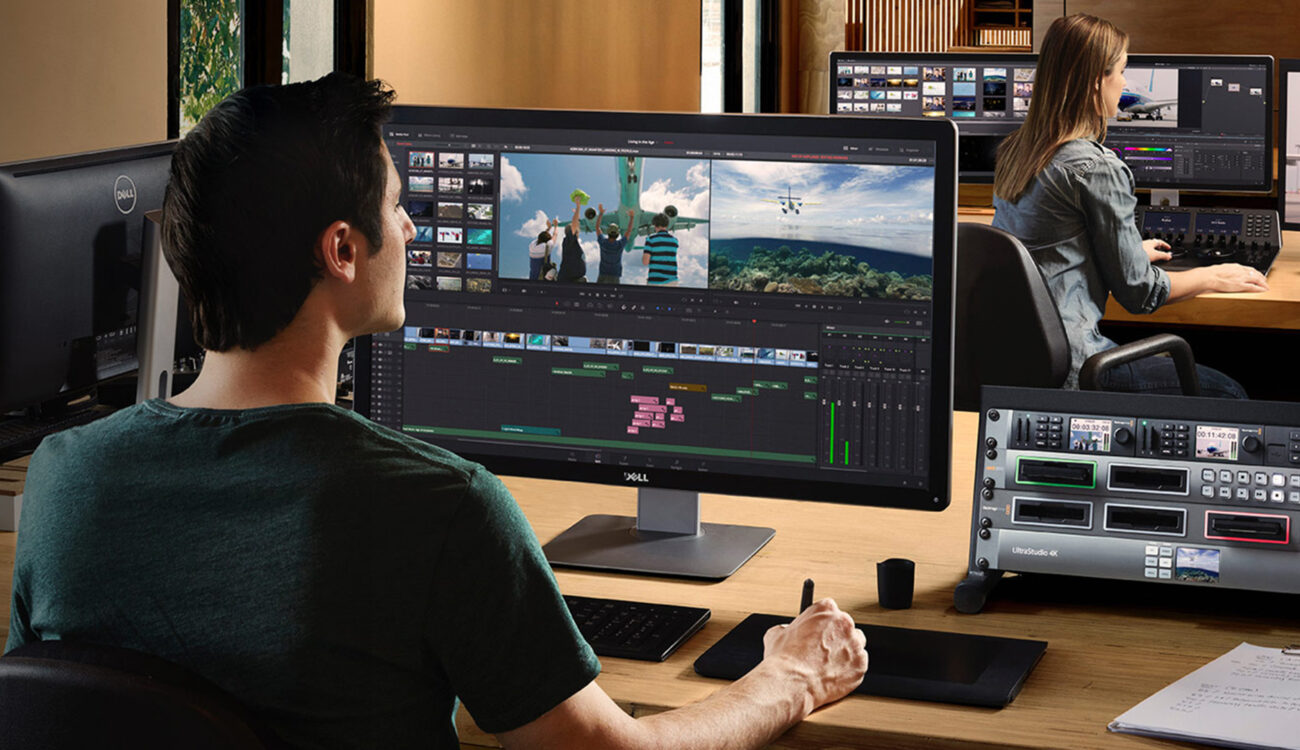 Beta versions 7 and 8 were published in just under two weeks, so a final release of Resolve 15 was kind of imminent. today is the day, people: The final version of DaVinci Resolve 15 is here and it’s still free to download. If you want the full package you can purchase the Studio labeled version for $299. 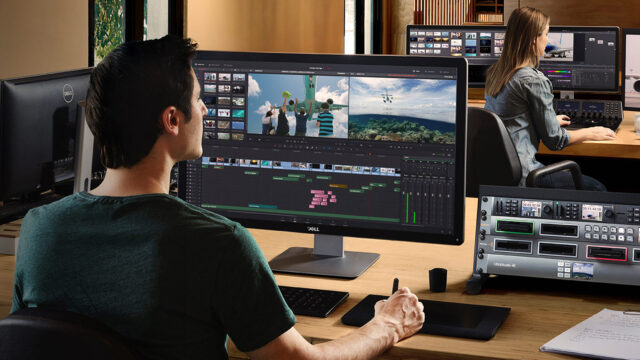 After the announcement of DaVinci Resolve 15 at NAB back in April the first public beta followed quickly after the show has concluded. Now, 4 months later, the final version of Resolve 15 hits your download folder. With the package comes a massive 2632 pages reference manual as a PDF.

To get things straight right away: There’s no upgrade cost for previous Resolve 14 users. As a new user, you can either download the free version at no cost or purchase Resolve 15 for $299. If you happen to own a dongle for version 14, there’s no upgrade cost whatsoever. Here’s Peter Chamberlain, DaVinci Resolve product manager, on that matter:

Let’s move on to the features of Resolve 15. If you already played around a little with previous beta versions you know what’s coming: Fusion is now an integrated part of Resolve. The tabs (as in: workspaces) at the bottom of the screen now include: Media, Edit, Fusion, Color, Fairlight and Deliver. Watch the video below for a fairly extensive overview of the new features:

The above video came out just after the announcement of Resolve 15 so there might be slight changes to some features but you get a pretty good idea of the deep integration of Fusion and Fairlight into Resolve.

In contrast to Adobe whose approach is to develop a whole suite of dedicated apps, Blackmagic has put all the features of several acquisitions straight into their main software tool: DaVinci Resolve. When they acquired Resolve it was just a color correction and grading tool. After that a NLE style video editor was added with version 10 in 2013. Then came Fairlight, a full-fleged suite of audio tools for manipulating and mastering audio. Now, with version 15 their latest acquisition has been merged into Resolve: Fusion, which is an advanced node based compositing tool.

Installation files for Resolve 15 plus a massive reference manual.

If you’re a Adobe user you could compare Resolve to Premiere Pro (editing and grading), Audition (audio) and After Effects (compositing). These are very different applications, though. Adobe After Effects for example uses layers while Fusion is based around nodes.

The good thing is this: Round-tripping has become a lot easier with both, Adobe and DaVinci Resolve. No more exporting, transcoding, importing, manipulating, exporting again. Adobe uses their so-called dynamic link technology  in order to link (and update in real time) assets from After Effects to Premiere Pro. In DaVinci Resolve all you have to do is hopping back and forth between the different workspaces and that’s it. All changes are being updated in all other workspaces as you go.

Using a beta labeled program is not exactly what you want to do if you’re in the middle of a paid job. Since Resolve 15 is now out of beta it’s safe to download and check out, I would say. I’ve been working with Resolve 15 beta versions on a couple of smaller projects for the past months and I barely experienced a real bad crash except for the Fusion tab which should be stable by now.

The Studio version has some advanced features unlocked such as noise reduction, some 3D tools, a list of motion effects or the support for multiple GPUs. Most of what I’m doing works great with the free version but since the full Studio version is only $299 you might want to consider buying this if you need these advanced features. A dongle for the studio version also comes bundled when purchasing one of Blackmagic cameras.

Resolve 15 is available for Mac OSX, Windows and Linux. You can download it from Blackmagic Design’s website or though Apples MacStore. A word of warning, though: In order to work with the new version you need to upgrade your database. There’s no going back after that so you might want to backup your database before installing Resolve 15 for the first time.

Do you use DaVinci Resolve for your projects? What do you think about version 15? Share your thoughts in the comments below!