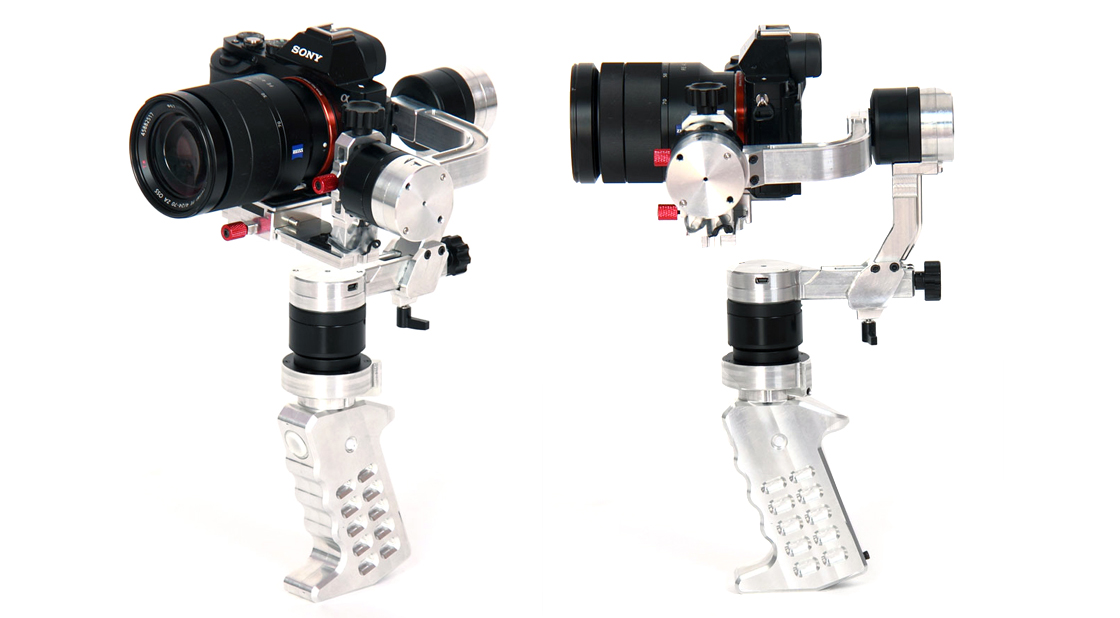 CAME-TV has announced a new compact gimbal. The CAME-Single is their smallest stabilizer to date, designed for single hand use and cameras up to 1kg.

The gimbal stabilizer has been revolutionary in the filmmaking industry. Whilst a handful of features and price points separate each one, the design of them is generally quite similar; a crossbar with handle and under slung 3-motored carriage. The CAME-Single shakes things up; it’s one of the few to utilize a single-handed approach. One handle with the camera carriage and motors residing above; this makes the CAME-Single very lightweight and very compact.

This isn’t the first time we’ve seen this form factor for a gimbal stabilizer. The Feiyu FY-G3 is very similar in design but built specifically for the GoPro, CAME-TVs closest competitor is the Nebula 4000. What does the CAME-Single offer that others don’t?

Firstly, the CAME-Single is compatible with camera setups up to 1kg. This extends the reach past a GoPro and will be suitable for mirrorless cameras like the Sony a7S and Panasonic GH4.

It markets itself as a tool-less gimbal; it requires no tools to setup and adjust the CAME-Single. I can see why this is a big selling point against the Nebula, but even more so would be its joystick on the handle for gimbal direction control. Couple that with a promised battery life of around 10 hours and you have a quite an attractive package.

As well as the joystick, you can also control the gimbal by physically moving the camera carriage. Simply move the camera into the desired position and hold for 1 second, the CAME-Single will remember this point and keep this angle until changed. There is also an easy access on/off button on the side of the handle. Without using the device first hand I couldn’t confirm exactly how useful this is. But immediate thoughts are it is almost too easy to access/accidentally press.

Below is a video of the CAME-Single in action. The audio is poor and there was clearly no rehearsal for switching the gimbal between setups, but you get the idea:

There was a second video that highlights the features of the CAME-Single, but it will be easier simply list them below:

Unlike the above video, the final version of the CAME-Single will be in black. The prospect of a simple, single-handed gimbal is very exciting for certain genres of filmmaking. The ability to have compact, fuss free stable footage is vital in run and gun scenarios (news, live events, documentaries, weddings).

I’d be very interested to check out the CAME-Single when it is released. Pre-orders are available now and the device is currently retailing at just under $890. LINK

In other news from CAME-TV, they’ve also released The CAME-Mini 2, a tool-less update to the CAME-Mini: