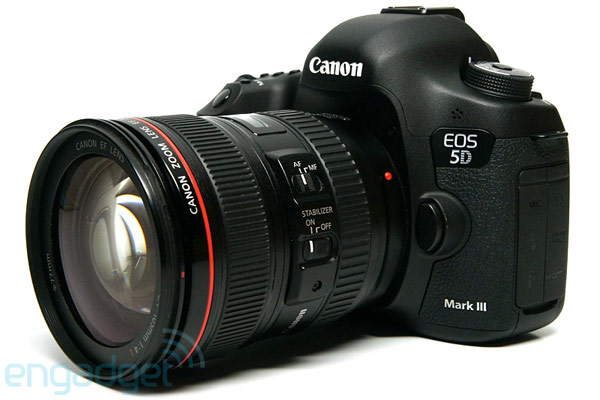 The firmware update for the Canon 5D Mark III scheduled for April 30 has just been leaked by an unknown source. It enables the camera to output clean HDMI, and according to Canon “HDMI Output makes possible the recording of high-definition uncompressed video data (YCbCr 4:2:2, 8 bit) from the EOS 5D Mark III to an external recorder via the camera’s HDMI terminal”.

cinema5D does NOT recommend installing a leaked firmware update and we are hesitant to try it on our own cameras before it has been publicly released.

clicking However, you can try it at your own risk and download it here.

First people are giving the update a go, it seems to work fine. Come back to this post to see new feedback about the upgrade.

Definitely a colour shift on the Canon 5DmkIII running the 1.2.1 firmware. Seems to had an effect in the shadows too. More colour #mirroring

Just to clarify the colour shift on the 5DIII running 1.2.1 is using internal recording not through HDMI.

UPDATE:
Canon has now officially released the update to version 1.2.1 of the 5D Mark III’s firmware. Click here to download it and click here to learn more about it.