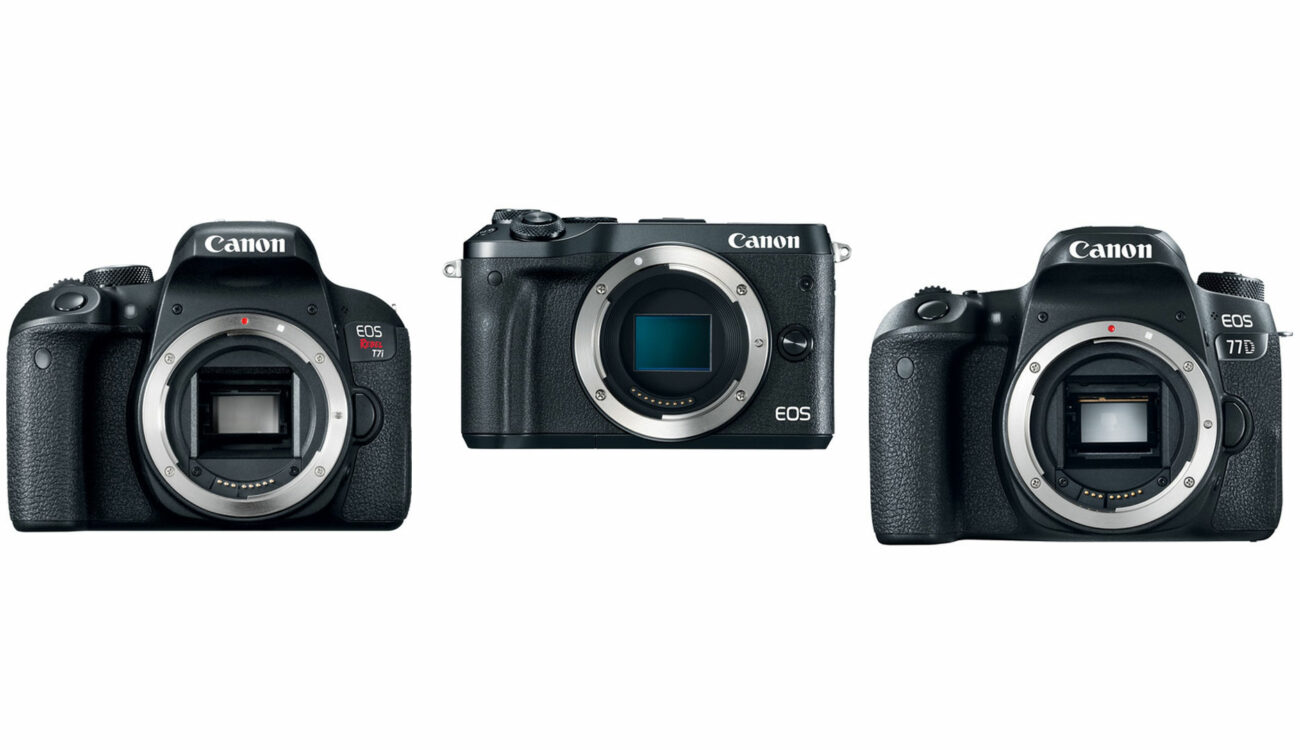 Canon gave us somewhat of a Valentine’s treat yesterday, announcing a new mid-range DSLR camera in the form of the Canon EOS 77D and an entry-level camera continuing the EOS Rebel line: the EOS T7i / EOS 800D. In addition, they also introduced another mirrorless camera, the EOS M6. Is it really a treat though, and what is new for video in Canon’s DSLRs? 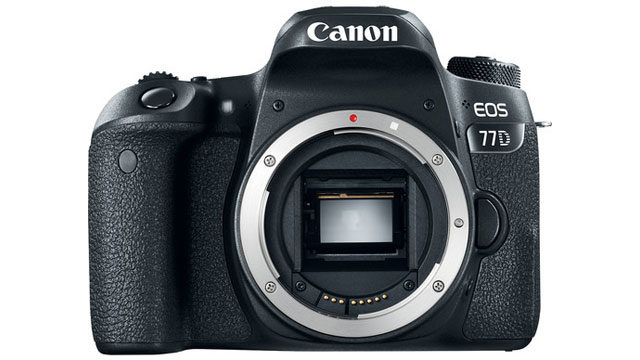 First up, the Canon EOS 77D

Using the same 24.2MP sensor in the 80D and the 45-point Dual Pixel CMOS AF for video focus tracking, the Canon EOS 77D sits right in the middle of its APS-C camera range. Offering full-HD video recording up to 60p is nothing new, but it’s great for those starting out and looking for some slow motion action before moving into full-frame territory. No 4K here, although the lack of this feature is something we already expect from Canon, having only implemented it into their recent 5D Mark IV with a rather large crop factor. 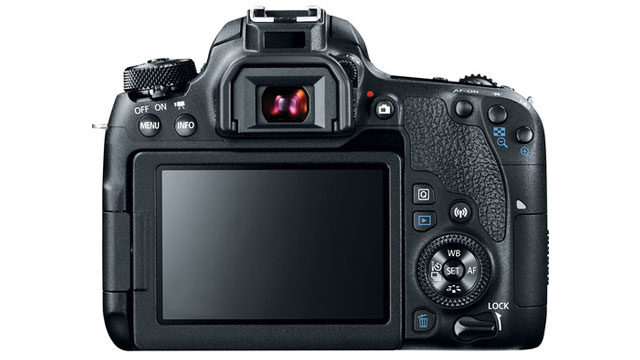 What is nice for video shooters is the 5-axis digital image stabilization, smoothing out shaky or hand-held shots. However, there are no unique features out of the ordinary that would make you choose this camera over other mid-range models from other manufacturers.

Versatile shooters will be happy to hear that the Canon EOS 77D has both an articulated 3″ LCD touchscreen, handy for shooting at difficult angles, as well as an LCD display on the top of the camera stating key settings. A 3.5mm input jack is included for attaching a microphone for improved sound recording, although there is no mention of a headphone jack for monitoring the sound levels.

One new feature is the Bluetooth connectivity to operate the camera, along with NFC and Wi-Fi for sharing images across devices. The camera control is useful for adjusting settings and recording when you can’t be close to the camera, but whether this is usable in a filming environment is yet to be known. 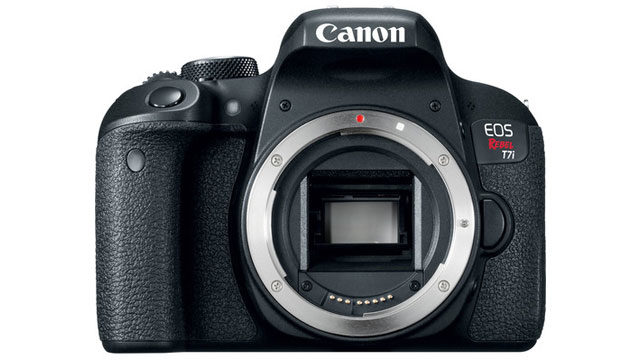 This DSLR is a stripped-back version of the Canon EOS 77D, aimed at new entrants into the world of photography and video, and carries many of the same features as the EOS 77D mentioned above. It uses the same 24.2MP sensor with 45-point Dual Pixel CMOS AF, and offers full-HD video recording up to 60p.

It also has a 3″ articulated LCD touch screen, built in NFC and Wi-Fi for image sharing and Bluetooth camera operation control. The 5-axis digital image stabilization is also included, along with a 3.5mm input jack for connecting a microphone for better sound recording. 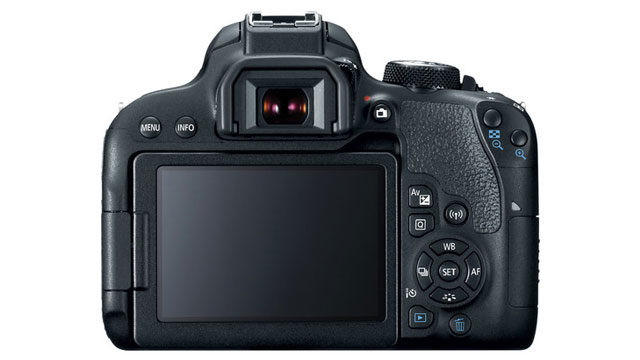 The main difference between the EOS Rebel T7i / EOS 800D and the EOS 77D is the lack of an LCD top screen, and rear control dial. 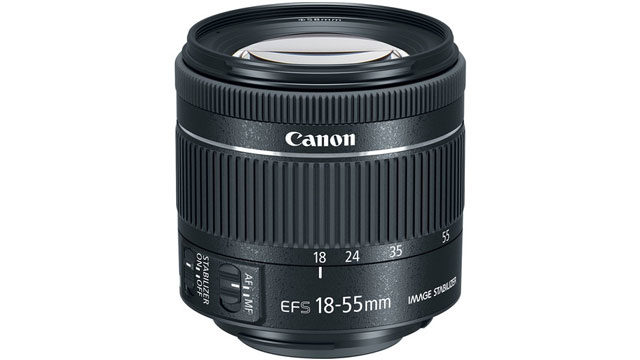 The trusty EF-S 18-55mm f/4-5.6 IS STM kit lens has been given an update, with 4 stops of image stabilization and weighing only 215g. Both cameras above will have the option to include this lens in the package, a good start for a beginner in photo or video before splashing out in other lenses.

Its lead-screw type STM provides smooth and quiet focusing when using focus tracking for video, too. 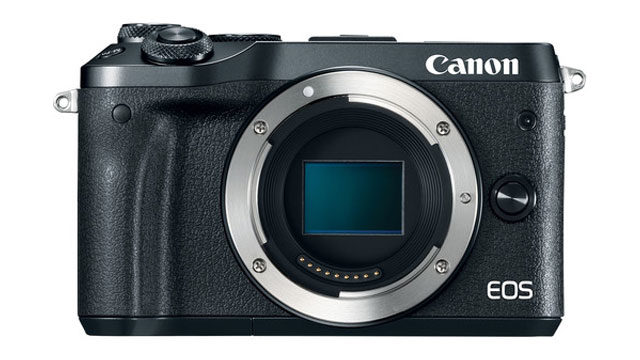 Sharing the 24.2MP APS-C CMOS sensor from the EOS M5, the EOS M6 body has been redesigned as a classic compact camera, doing away with the EVF, which is now available as an optional extra. It incorporates Dual Pixel CMOS AF which, when paired with the 9fps photo burst speed, is a nice combination for spontaneous, fast-moving photography.

For video, however, expect much of the same. Full HD up to 60p, with the 5-axis digital image stabilization that seems to be Canon’s standard across its cameras. As a pocket-sized camera, it would be ideal for traveling or Vlogging-style filming, especially with the tilting LCD touch screen. There is a 3.5mm input jack for a microphone though, which is good news.

The now optional extra electronic viewfinder (EVF-DC2) features a 2.39 million dot display, with 100% coverage and 120fps refresh rate… But why not include it in the camera package?! 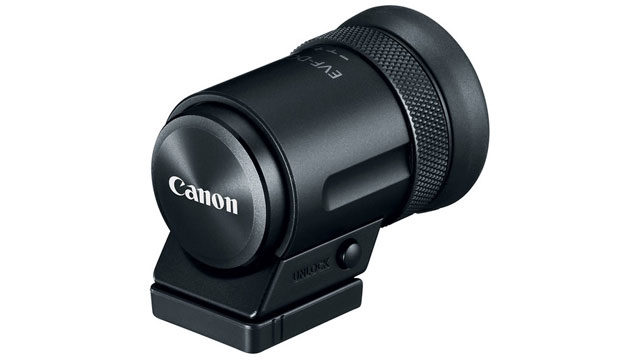 Unfortunately, Canon are always playing catch up with the video functionality in their stills cameras, where Sony and Panasonic have taken the lead, especially with the highly anticipated Panasomic Lumix GH5, which is currently undergoing extensive tests at cinema5D HQ (expect reviews soon!) Where the Canon M6 mirrorless cameras is aimed at Vloggers, the limitations of no EVF will put all-rounder users off.

Could the diversification of these cameras targeted at specific users be the demise of Canon, where the Sony Alpha A6500 or Panasonic Lumix GH5 have a much wider user base? Or is it simply dividing video users that use stills cameras, leading them to the mirrorless video masters, Sony?