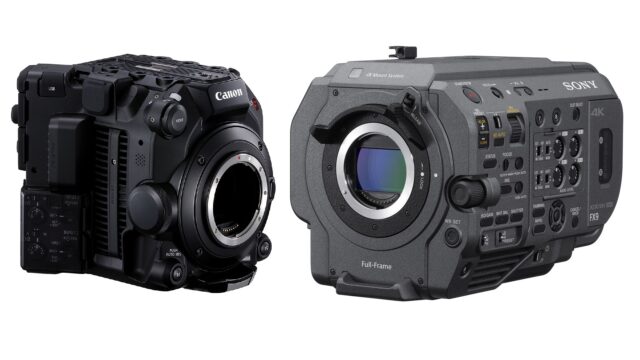 During this year’s Photo & Adventure trade show in Vienna, Austria, cinema5D team was in charge of the “Film & Video stage” program at this show. We invited many interesting guests to talk about various topics. You can see the initial post here. We decided to publish the most interesting topics again in a separate articles. You can await these to be published in the next weeks. This article is covering a panel discussion with Philip Bloom, Nino Leitner, and Hans von Sonntag about new generation of large format cinema cameras – Canon C500 Mark II and Sony FX9.

Hans von Sonntag is a commercial director based in Germany. In cooperation with Canon, he recently worked on a project with the new Canon C500 II. He has previous experience with ARRI Alexa cameras, RED cameras, or the Canon C700. Philip Bloom is a british documentary filmmaker, DP, and director, who recently tested the Sony FX9. Nino Leitner acts as a moderator of the discussion and he also has experience with the Sony FX9.

To know more about both cameras, make sure to check our previous articles:

Both cameras use a 17:9 DCI-sized full-frame sensor. Canon C500 II offers significantly lighter and smaller body thanks to the modular form factor. When needed, the camera can be stripped off and used on a gimbal as a lightweight setup. Sony FX9 has much larger body. One advantage of Sony FX9 is the variable electronic ND as opposed to classic internal variable ND with fixed stops in the C500 II. Canon C500 Mark II is able to deliver up to 5.9K RAW video internally, whereas Sony FX9 only records up to 4K internally and 6K externally. 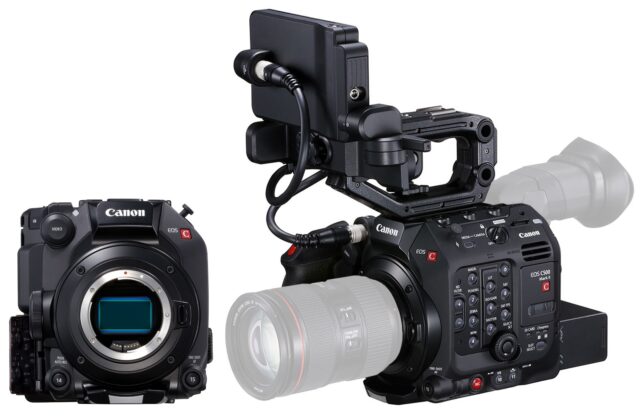 Canon C500 II uses Canon EF lens mount, which is user interchangeable. Hans used the C500 II with PL-mount cinema lenses (Canon Sumire primes or Angenieux lenses). Philip Bloom, however, pointed out that it might have been a better choice for Canon to go with their new mirrorless RF mount because of shorter flange distance and therefore better flexibility. New RF mount Canon lenses also offer great performance, according to Philip. Sony uses their E-mount.

In terms of color science, Canon C500 II should have the same color science as Canon C700. Sony incorporated the color science from Venice camera into the FX9 and according to Philip and Nino, the S-Cinetone color profile looks very nice and it is a significant improvement over the Sony FS7.

According to Philip, the autofocus has to be perfect, so that a filmmaker can trust it all the time. Otherwise there is no point in using it. Canon seems to have had such a capable autofocus for a while with Dual-pixel technology. Sony is constantly getting better at it and the FX9 seems to have achieved a very reliable autofocus. It works great even when a face disappears for a moment.

Sony FX9 can even tell user if the focal plane is closer or further away from the camera than the subject, which acts as a kind of manual focus assist. This could be useful for faster focusing with manual cinema lenses.

It works with the data from built-in gyroscope, much like action cameras (like GoPro and DJI). Canon C500 II does the stabilization in-camera and FX9 only records the gyroscopic data and the stabilization needs to be done later in post production. According to Philip, the gyro-based stabilization works even better than IBIS, for instance when walking with the camera.

Do you consider investing in any of these two new full-frame cinema cameras? Which one would you prefer and why? Let us know in the comments underneath the article.