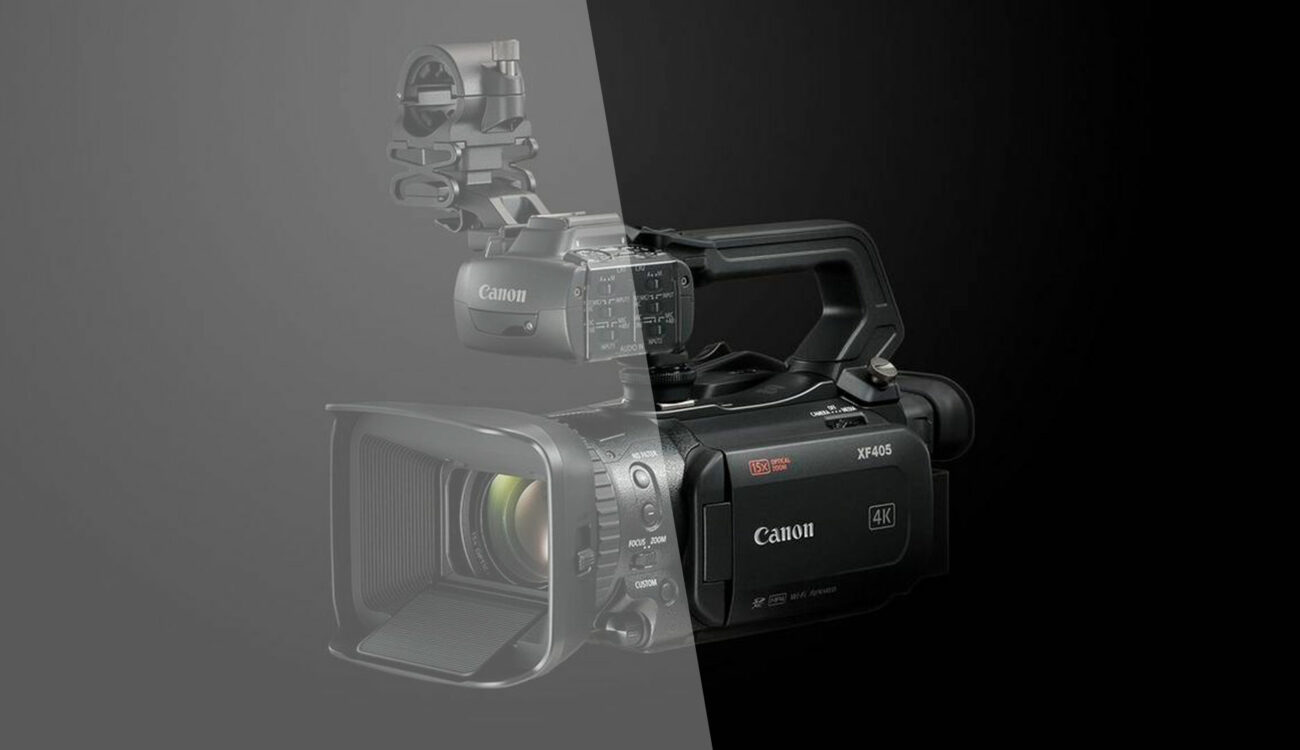 As they say, better late than never! Three years after its release, Canon released several firmware updates for its camcorders, including one for the Canon XF405/XF400 that we reviewed here. Let’s take a closer look at all these firmware updates!

XF-AVC for the Canon XA40

First of all, Canon XA40 users –a camera released in 2019, you can read our in-depth article here– will now have the ability to record footage in XF-AVC format via this firmware 1.0.1.0 update. Previously, the camera was only able to record in MP4 format with a 150Mbs bitrate. After the update, here are all the resolution/framerates available:

For all camcorders – XF405/XF400, XA55/XA50/XA40, HF G60/G50 – you will be able to access a new feature called Custom Picture. This function allows you to adjust image settings such as sharpness, saturation, skin detail, and noise reduction.

In addition to this, for improved customization, the camcorders will now be able to allocate additional features to assignable buttons, such as zebra, peaking, and markers.

For the Canon XF405/XF400 and XA55/XA50 only, these firmware updates add EOS Standard and Production Camera colour matrix to the custom picture parameter. Also, Canon Log 3 has been added to get the maximum dynamic range out of these sensors.

I have no idea why it took three years to Canon to implement C-Log3 to these camcorders. However, it is a much welcomed addition to match the image coming out of the XF/XA cameras and the Canon Cinema line

All these Canon camcorders firmware updates are available now, free of charge.

What do you think about these Canon camcorders firmware updates? Do you still use ENG-style cameras? Don’t hesitate to let us know in the comments below!