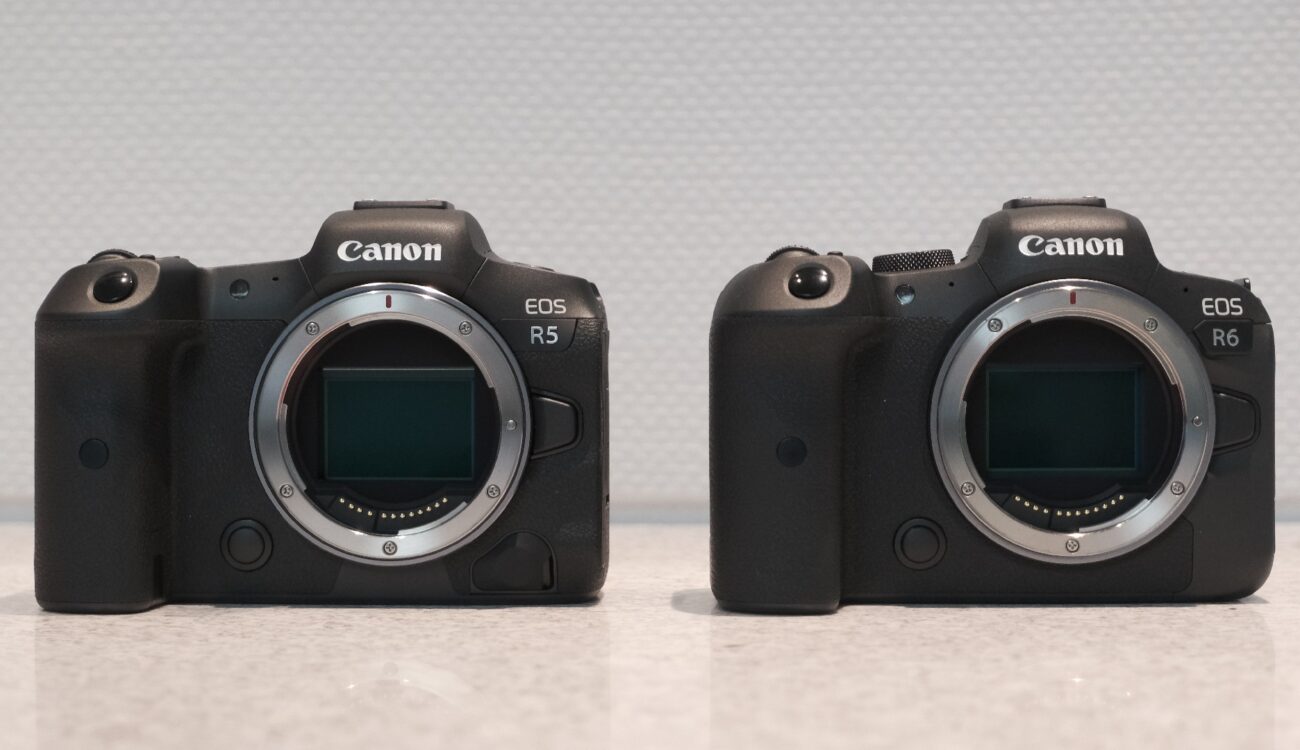 Canon today announced the EOS R5 and the EOS R6, two full-frame mirrorless cameras with RF Mount. The Canon EOS R5 delivers 45-megapixel stills and is the first full-frame mirrorless ever to internally record 8K RAW video up to 29.97fps and 4K at up to 120fps in 10-bit. Canon EOS R6 offers 20.1-megapixel stills, 4K video up to 60p 10-bit, or Full HD at up to 120fps.

When we look at Canon’s camera lineup from recent years, it is no doubt that the company introduced some exciting and innovative EOS cinema cameras (like the C500 Mark II or C300 Mark III) and DSLRs (like the 1D X Mark III), but in the mirrorless cameras segment, Canon has been slightly falling behind its competition.

Although the EOS R found its way into numerous filmmakers’ kits, many were not satisfied with some of its fallbacks – like the heavily cropped 4K mode and the lack of 10-bit 4:2:2 or higher internal recording mode.

With today’s announcement, it seems that Canon has finally made it and offers us, filmmakers, a very interesting mirrorless camera to work with. Let’s take a look at both new models, Canon EOS R5 and EOS R6, starting by what both bodies have in common.

Both cameras feature full-frame CMOS sensors (although with different resolutions – more on this later) and Canon RF Mount. There is a DIGIC X processor at the core of EOS R5 and EOS R6 – the same processor used in the EOS-1D X Mark III. Although we will focus on video capabilities, let’s get some photography features out of the way first. 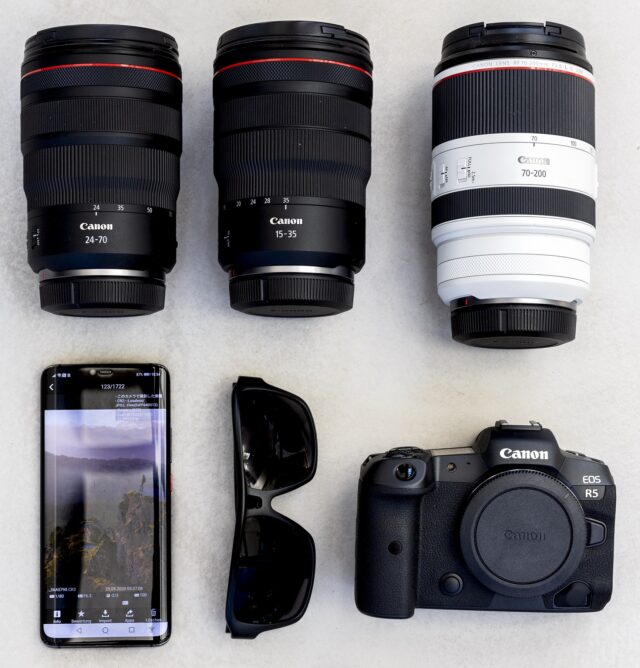 Both EOS R5 and EOS R6 can shoot photos at up to 20fps with the electronic shutter with full auto exposure (AE) and autofocus (AF) tracking or up to 12fps with the mechanical and electronic first curtain shutter.

Both cameras feature new 5-axis In-Body Image Stabilisation (IBIS) which comes in very handy for handheld shooting and low shutter speeds. Canon claims their IBIS is the world’s best image stabilization among all interchangeable-lens digital cameras. From their testing, it can compensate up to 8.0 stops.

The IBIS has been designed to work collaboratively with the IS system of RF and EF lenses to further enhance the stabilization, but it will, of course, stabilize non-stabilized lenses and vintage lenses as well.

We all know Canon’s great Dual Pixel autofocus system. Both new cameras support the next generation Dual Pixel CMOS AF II which, according to Canon, further improves the focus speed and reliability. The autofocus should also work better in low light – the EOS R5 can focus in light levels as low as -6EV and EOS R6 even as low as -6.5EV (both tested for still photo shooting). 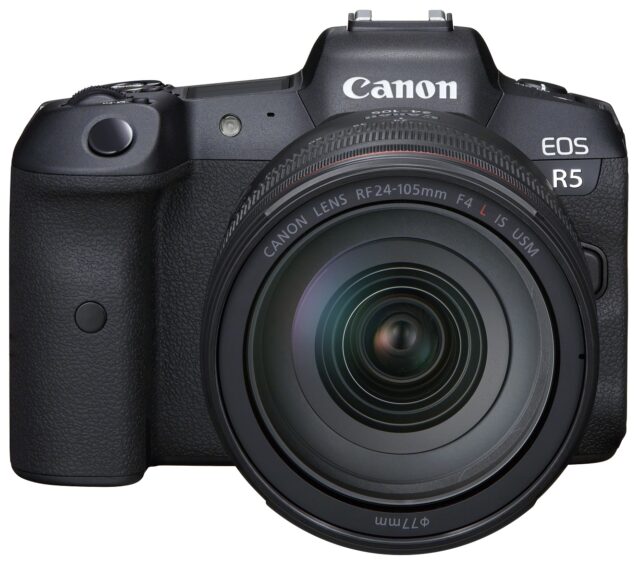 The autofocus can also track objects. The iTR AF X AF system ensures subjects are kept sharp even when moving unpredictably with a shallow depth of field. Even if a person turns away for a moment, their head continues to be tracked. It recognizes faces and eyes of humans, and now includes cats, dogs, and birds in both still and movie modes.

The cameras offer built-in Bluetooth and Wi-Fi. Both EOS R5 (5Ghz Wi-Fi) and EOS R6 (2.4Ghz Wi-Fi) can be connected to a smartphone and networks allowing high-speed file sharing and FTP/FTPS transfer. They can also be remotely controlled using the Camera Connect and EOS Utility apps, tethered to a PC or Mac via Wi-Fi or high-speed USB 3.1 Gen 2. 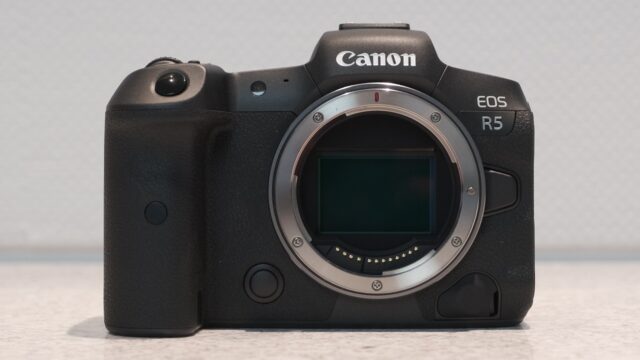 There is also a so-called 4K HQ mode available up to 30p. It internally oversamples 8K footage to 4K resolution to offer better detail than ordinary 4K mode. 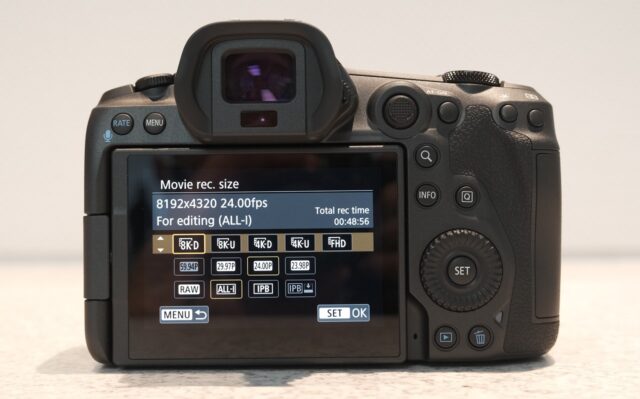 There is currently no info on whether the 4K recording mode will also be available in RAW. We also don’t know available framerates for FHD as well as bitrates for each recording mode. We will of course update the article as the info gets available.

The second announced body, EOS R6 features 20.1-megapixel full-frame sensor with up to 6,072 selectable AF points. Because the sensor has much larger pixels, it offers ISO between 100 – 102,400. I expect better low light performance than the EOS R5, but it will, of course, need to be tested. 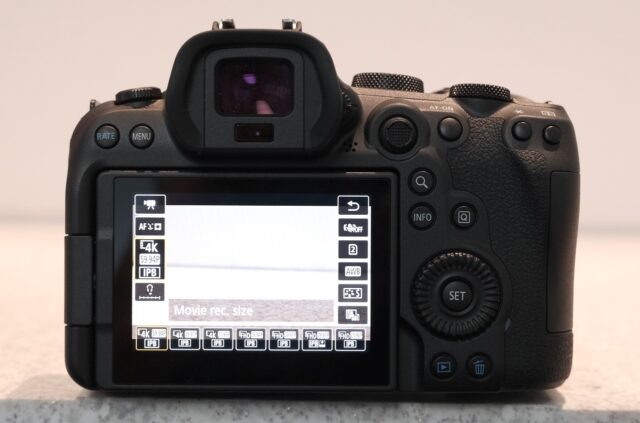 In Full HD, the camera can record slow-motion footage at up to 119.88fps with AF.

The 0.5” EVF has a slightly lower resolution than the one in R5 – 3.69 million dot EVF working up to 120fps maximum refresh rate. The flip-out screen is slightly smaller with 3” and offers 1.62 million dot resolution. 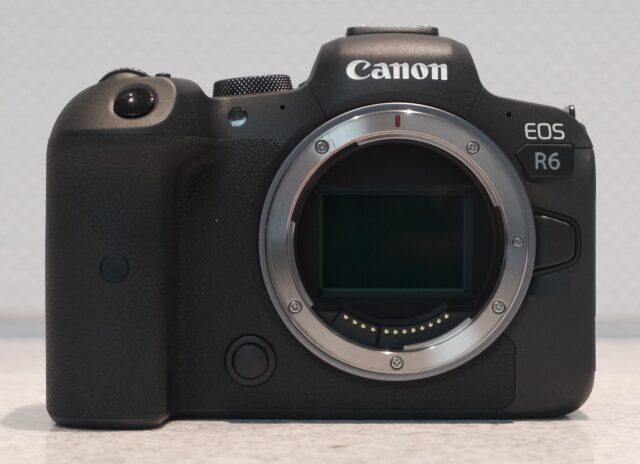 There are two card slots as well, but they are both SD UHS-II slots. They support simultaneous recording, with the ability to record in different formats for safety, security, and speed. The EOS R6 body only weighs 598g (690g with battery/ memory card) and is therefore slightly lighter than the EOS R5.

Canon also announced a new type of battery pack – LP-E6NH. It offers the same form factor as the LP-E6 or LP-E6N, but there is a 14% more capacity with 2130mAh.

The new BG-R10 battery grip is available for both EOS R5 and R6. It can hold two batteries (LP-E6/N/NH) and also offers duplicate controls for easier vertical shooting.

Last but not least, the WFT-R10 is a battery grip style Wi-Fi transmitter with 2×2 MIMO antennas for faster and longer-range transmission – compatible with EOS R5. WFT-R10 also features enhanced network processing enabling SFTP via Wi-Fi and includes a gigabyte speed via the ethernet port.

What do you think about Canon’s new cameras? Do you think you will utilize 8K RAW video? Which body looks more appealing to you? Is there something you miss in these cameras? Let us know in the comments underneath the article.