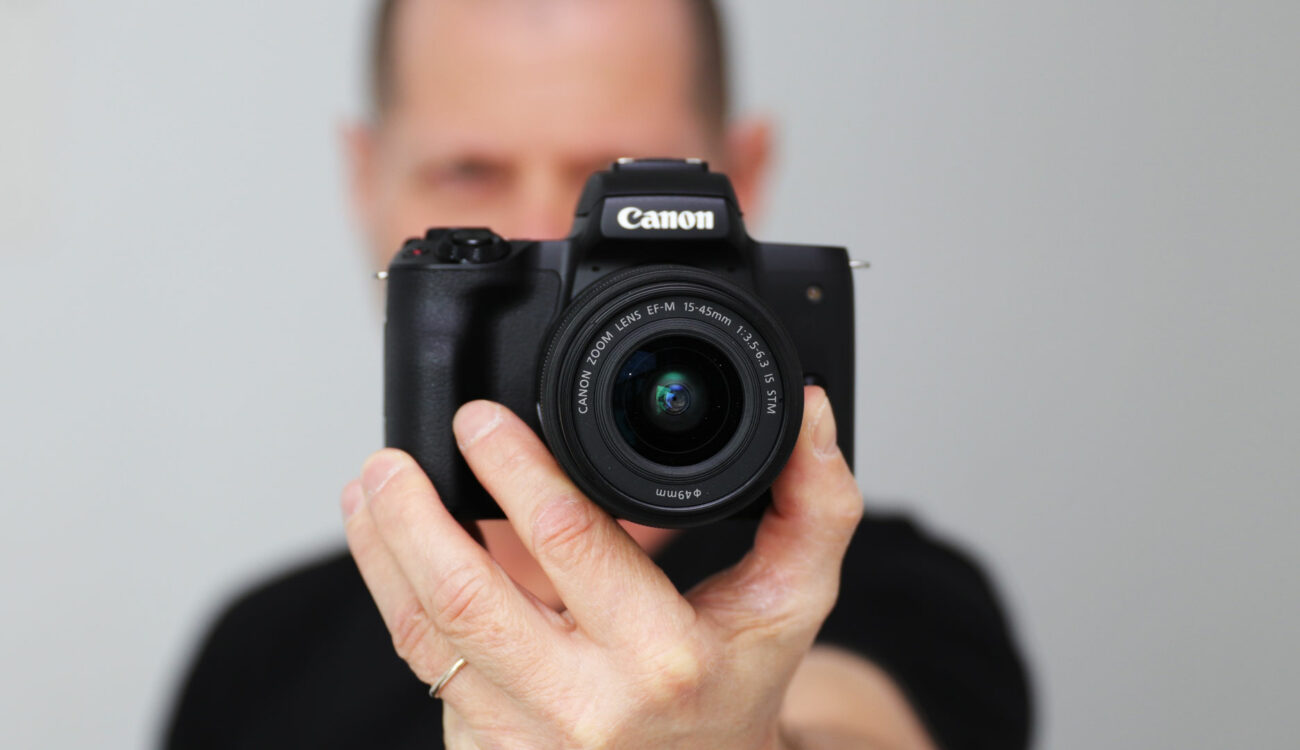 The Canon M50 is the next update in the mirrorless range of cameras, with 4K video, slow motion HD, Dual Pixel CMOS AF and more. 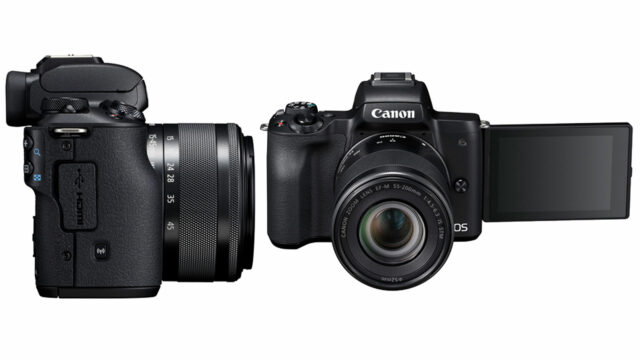 After long last Canon have finally included 4K video at 23.98/25p in the M50. Additionally, slow motion HD recording up to 120fps (720p) and up to 60fps (1080p) has also been included. The M50 is the first mirrorless camera from Canon with a vari-angle touch screen, which enables the touch and drag focus. Similar features are also available in competitors’ products. However, combined with the Dual Pixel CMOS AF (In full HD mode) that Canon has claimed to be fast and accurate.

In movie mode, image stabilization is handled digitally through the “in camera digital image stabilization system”, also seen in previous Canon mirrorless cameras. This usually means an image crop of some percentage, the details of which we can specify after our review. (Speaking of crop, The 24.1 megapixel APS-C sensor will have crop factor when capturing video at 4K (how much?, we will find out soon), 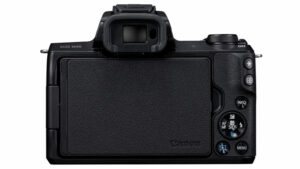 For picture profiles, the camera has the standard Canon profiles built in but does not include a LOG gamma profile or wide DR. However, it will have two profiles that can help recover highlights, but won’t stretch as far as a LOG gamma profile for grading based post production.

Looking at the Canon M50’s connectivity, the camera has a 3.5mm microphone input, but no headphone output for monitoring the audio. It also has a Micro HDMI output, but this is not clean, showing a red dot in the frame (which could be cropped out in post if you are out to mimic a “2:35:1 cinemascope look by adding top and bottom black bars”)…. Also note that recording in 4K simultaneously internally and to a recording device is not possible. The Canon M50 has built in low power Bluetooth and Wi-fi which connects to the Canon Camera Connect App. This allows remote triggering, live view shooting, and the transferring of images for sharing on social media.

When cinema5D first checked the camera out, we were surprised at how small it really is. We’ll delve deeper into the ergonomics of the camera when we get our hands on it. 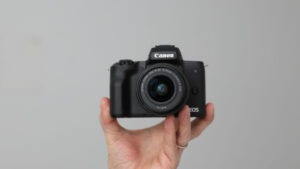 It seems that Canon have designed the camera with vlogging and travel in mind, especially with the screen and expanded video features that aren’t included in the other mirrorless cameras on offer. The camera is up against tough and well established competition though.

Some additional video features include 4K timelapse capture, 4K frame grabs from 4K video, and a new photo RAW format. All of these and more will be looked at in the upcoming review.

Here are the key specifications of the Canon M50: 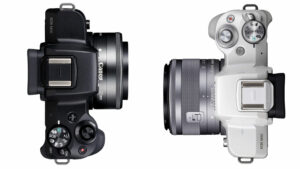 What is most intriguing about the Canon M50 is its price of €589.99 ($779) for the body only, and from €709.99 ($889) for a body and EF-M 15-45mm lens kit. This strategically positions the camera and lens kits as an affordable camera in comparison to the competition. For vloggers, bloggers and travelers, this camera would fit the needs of many, without spending over €1,000 on a camera setup.

The limitations for video that are evident at the moment is the 4K crop, no headphone output (neither does the Sony a6500), no LOG gamma profiles and no stabilized sensor. There is no spec on the video bit rates just yet either. However, when we conduct the review of the Canon M50 we will look at these, and see how much it affects the usability of the camera. From what Canon claims, the M50 doesn’t seem to fit the bill for professional work. The Sony a6500 is a camera of choice for video work, but it is a few hundred euros more. For users that have existing EF lenses, it still means getting the EF-EOS M adapter to convert EF/EF-S lenses to the EF-M mount.

In terms of Canon’s product development, including 4K video is a big step forward, and shows that the brand is starting to understand the 4K trend in the mirrorless market. This also reflects that Canon is still the leading brand for DSLR cameras in Japan, check out the article on that here.

The Canon M50 will be available to pre-order from today, with the camera being available to purchase in black and white models in April.

A full review of the Canon M50 will be released soon so watch this space.

Is the Canon M50 the mirrorless vlogging camera you have been looking for? Has including 4K video made you consider purchasing the camera? Let us know in the comments.