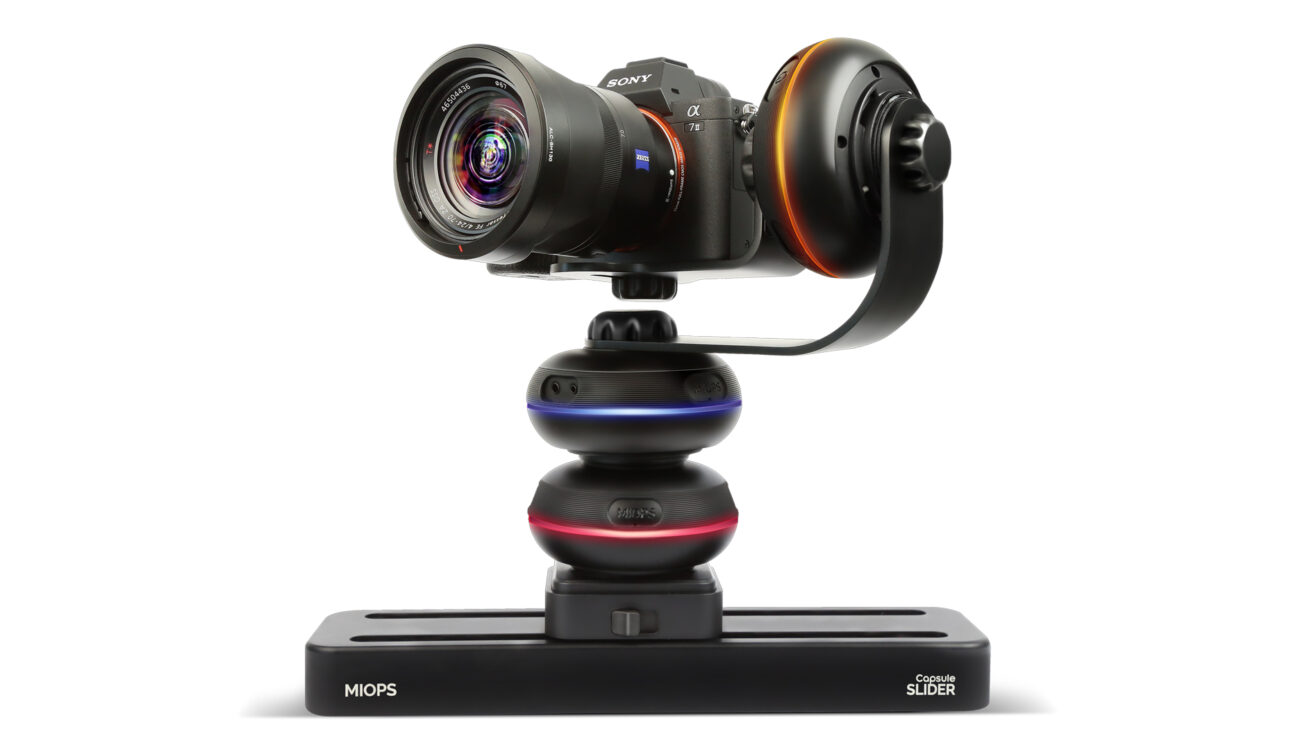 Capsule360 is a compact multi-axis motion box with slide, pan and tilt capabilities. In terms of payload, the system can take everything from a smartphone to a mirrorless camera, up to a fully loaded DSLR. Powered by an internal battery that lasts up to 8 hours in video mode, working without any cables, Capsule360 is looking at motion-controlled sliders with a fresh eye. Go check out their Kickstarter campaign by clicking here. If you are a videographer, a photographer, or both, this motion system aims to do it all. MIOPS is a company specializing in camera triggers and camera remotes and has just announced a new app-controlled motion box.

The heart of the system is a single compact box, the Capsule360. It connects wirelessly to your smartphone via Bluetooth, giving you access to endless possibilities. The built-in motor in each box enables you to rotate 360°, no matter the angle or the direction.

A single unit will capture only one range of motion: panning. Also, by combining two boxes and the L bracket accessory (to mount a box vertically) you start to get the idea: panning and tilting control. And of course, you can control each axis individually.

Some accessories for the Capsule360 are already available to further extend your possibilities.

The four main accessories are :

Every accessory integrates seamlessly in the Capsule360’s environment and application. 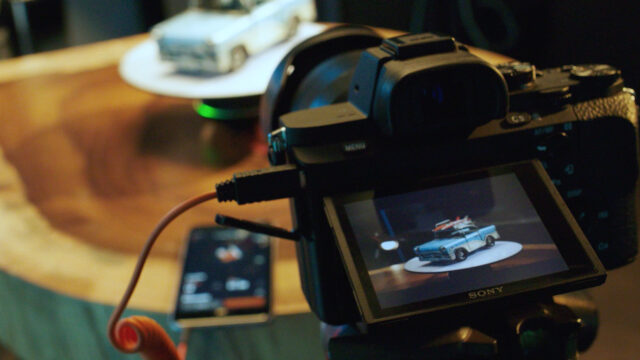 The brain of the system: the MIOPS application

The MIOPS application on your smartphone will connect to all the boxes, and it’s compatible with iOS and Android.

The system is designed to be as simple as possible: you mount the boxes the way you want, you start the app, and every box will recognize its own position and function. You’re ready to go. In addition, the MIOPS application makes a lot of functions possible. For example, you can :

Now, it all sounds pretty common for a multi-axis motion control system, right? So, what is the difference? 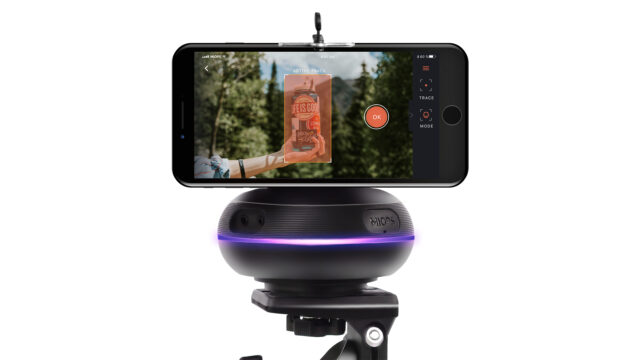 Capsule360 vs the World

Without a doubt, the main competitor for the Capsule360 is the Edelkrone SliderONE PRO combined with the Edelkrone Motion BOX. Let’s compare some of the main characteristics of each system : 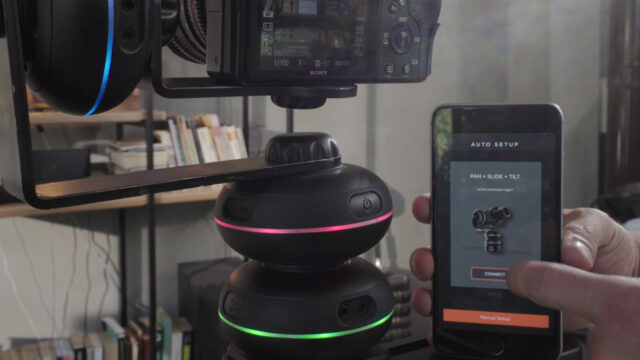 The motion box automatically connects to the app.

In conclusion, none of these systems are perfect, and in the end, it will come down to your filmmaking preferences and needs.

The Capsule360 is on Kickstarter, with an expected shipping date of December 2018.

So far, this Kickstarter campaign has raised almost €280,000 which is nearly 4 times the amount of the original €75,000 goal. Obviously, the design and functionality are enough to ignite people’s interest.

Keep in mind that Kickstarter is not an online shop but a crowdfunding platform. Anything can happen and even if everything goes smoothly, you might need to wait a little bit before your motion-control system reaches you safely.

Are you using a motion-controlled slider already? What feature of the Capsule360 excites you the most? Let us know in the comments below.