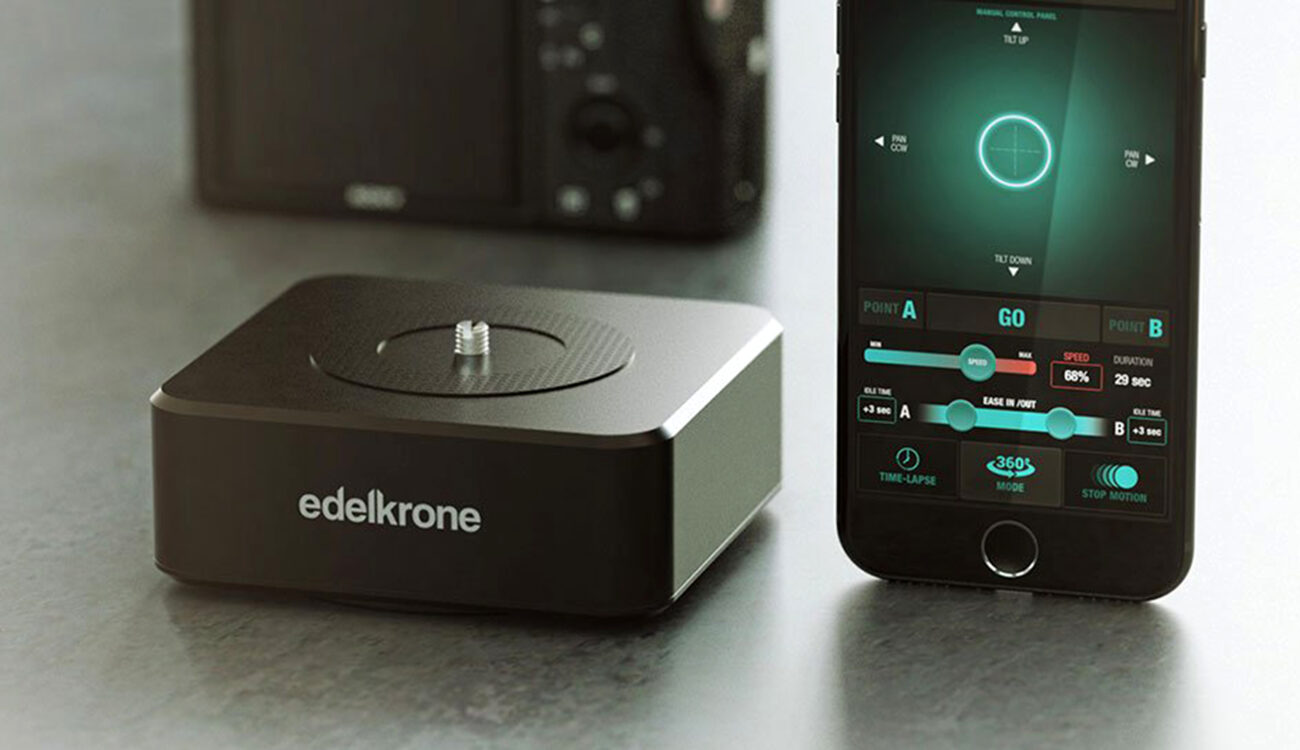 Edelkrone announced yet another motion control device as an addition to their lineup. The Motion BOX is tiny, modular and impressively versatile. On closer look it is more a system than just a product. 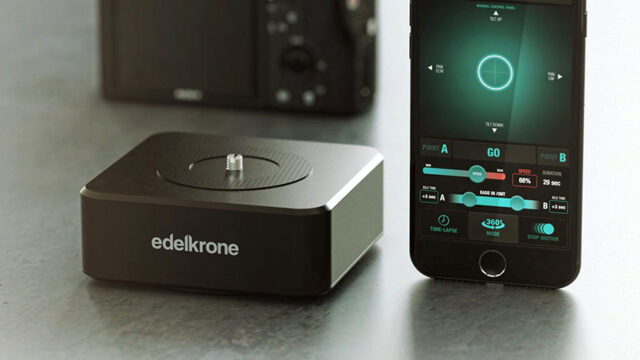 Edelkrone just did it again, they lived up to their claim (“reinvent”) once again and have rethought the motion control system. This time, it’s modular, tiny and one component becomes more imortant than ever: the app.

The real magic is not to be seen with the naked eye. In order to unlock the full potential of the Motion BOX, you’ll need a decent smartphone (iOS 9.0 / Androin 5.0 or later) and the accompanyingg app. And now we’re talking: Precisely repeatable 360° pan shots? Not a problem! A 2-axis programmable pan/tilt head? Yes, sir! A tiny, yet super-accurate tabletop dolly? Certainly! The Motion BOX is designed to play well with other Edelkrone products. Add a second Motion BOX and the Tilt Kit for an additional tilt axis, add a SliderONE PRO and get a fully programmable track-pan solution.

You can even add more axes to the system such as a turntable for creating stunning packshots. All you need is an additional MotionBOX and the so-called Product Turntable Kit.

Create Your Own Setup

Whatever shot you want to get done, chances are that the Motion Box can help you getting there. Just bulid you own custom set which fits your needs best. That’s the beauty of a modular system. You’ll be stuck to Edelkrone’s products, obiously, but since these have a reputaion of being well-made and carefully thought out the Edelkrone ecosystem might not be the worst choice here.

For starters, Edelkrone have designed 5 setups:

1-Axis pan: That’s the most basic way to use the Motion BOX, because it’s just that: One Motion BOX. If you’re out and about, you might want to add the Edelkrone StandONE for placing the Motion BOX on rough terrain. Also, the FlexTILT Head seems to be an almost mandatory addition in order to align your camera.

2-Axis pan-tilt: This setup incorporates 2 Motion BOXes and the so-called Tilt Kit. This allows you to mount one Motion BOX vertically over another. Both devices will talk to each other via Bluetooth and make use of built-in accelerometers. When used vertically, the Motion BOX knows that it is being used for tilting and adjusts itself. You can also use a single Motion BOX just for tilting, of course. 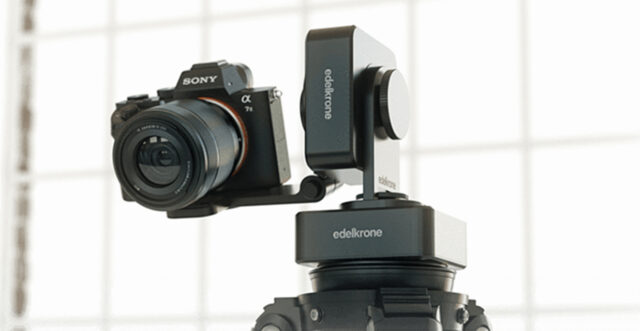 Two Motion BOXes, held together by a Tilt Kit.

SliderONE PRO & Motion BOX: When attached to the SliderONE PRO, the Motion BOX will act as a pan axis for your slider. Both units communicate via Bluetooth.

Table top dolly: This setup contains one Motion BOX and the SKATER Kit. Again, the FlexTILT Head seems to be the most logical addition to this setup, Edelkrone does not suggest using a regular tripd head. However, you can use a magic arm. The angle of movement can be adjusted by simply turning the two outboard wheels.

Turntable: For this setup, you’ll need one Motion BOX and the so-called Product Turntable Kit. Again, the now rotating Motion BOX will communicate with the other devices via Bluetooth, no cables involved. Perfect for fancy packshots. The Kit comes with two pads, one white matte and a glossy black one. 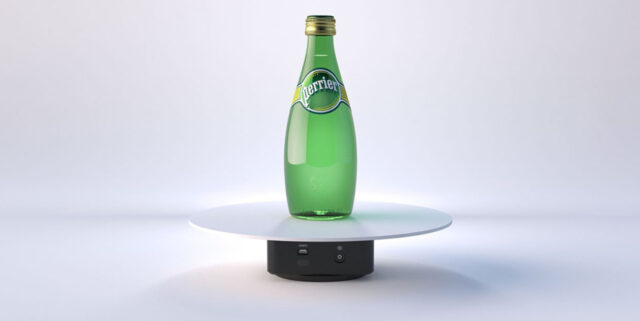 The heart of the whole system is the app. With it, you can control all the devices you have for your setup in from the palm of your hand.

The app becomes the command center for all of Edelkrone’s products. Just like the DJI app or the GoPro app, this piece of software is essential. You can perform all kinds of movements, from simple start-stop movements to sophisticated programmed (and repeatable) movements for FX recording. Each and every move can be transformed in either a timelapse or a stop-motion sequence. Speaking of timelapses, Edelkrone let’s you perform fancy timelapse 2.0 moves such as time-warps or motion-warps.

Complicated setups become very easy thanks to this app. Since all the Edelkrone devices are meant to play well together, the app offers pretty cool features while the whole system stays compact, modular and versatile.

Differnet screens of the Edelkrone app.

The nice thing about apps is that they can easily be upgraded. So whenever Edelkrone comes up with another fancy feature, they can just implement it and your investment pays off a little longer.

The Edelkrone Motion BOX seems to be pretty cool piece of equipment. It’s tiny, it’s lightweight and it can add production value to your work. Just put it in your bag and forget about it until you need it. For me this seems to be a piece of gear I would always carry around with me, just like my DJI Osmo. It doesn’t take up too much space so if you don’t need it, fine. But if you do, it’s right there.

The one thing that worries me a little is the internal battery. Hopefully it can be charged with an external battery while operating. Otherwise you’ll have to wait until the unit is charged again (up to 4 hours) before using it again. That would be a real downside.

The Motion BOX ships early May but you can preorder it now. Edelkrone offers several kits with a discount. Just head over to Edelkrone.com for all the details.

Do you think this piece of gear is worth a closer look? Share your thoughts in the comments below!