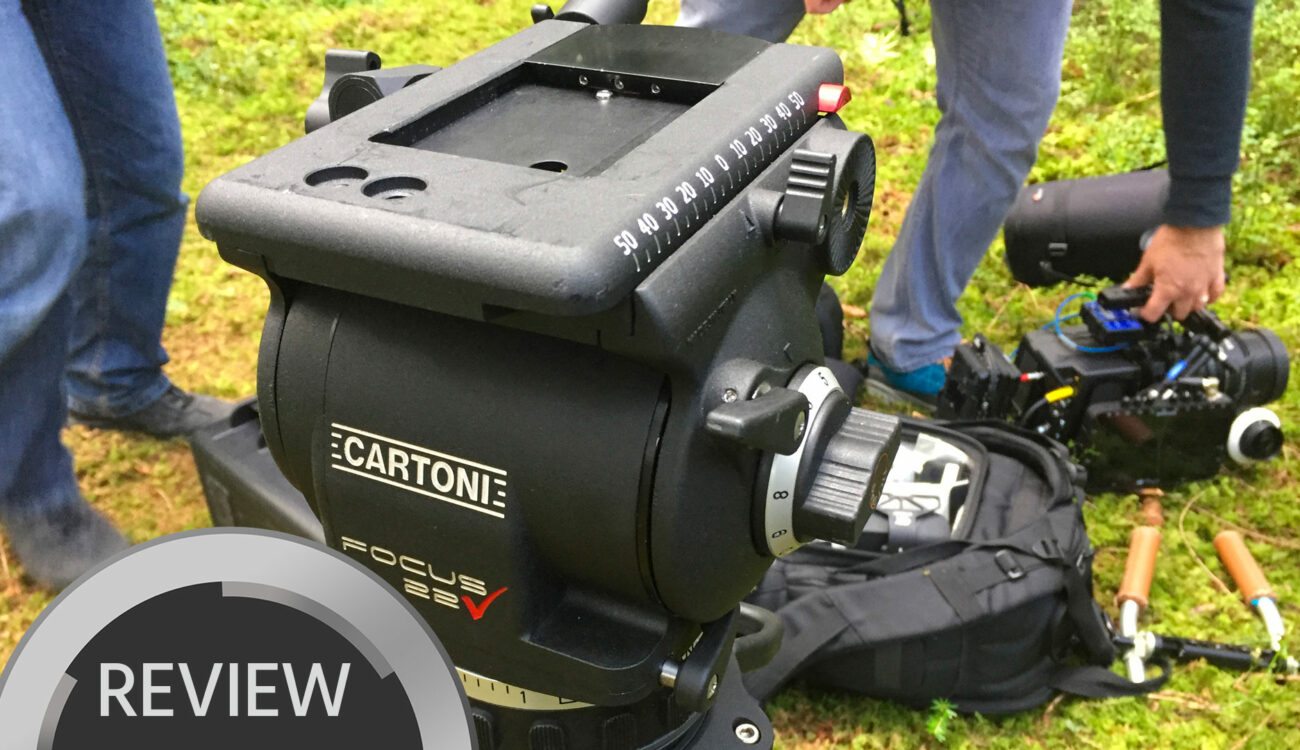 If you’ve got a big camera setup, you’ll need a big tripod. Unless you can afford the most expensive tripod models, you’re probably in the market for a more affordable solution that will get the job done. Let me introduce you to the Cartoni Focus tripod series. On a recent shoot with the Alexa Mini, I had a chance to conduct this Cartoni Focus 22 Review. 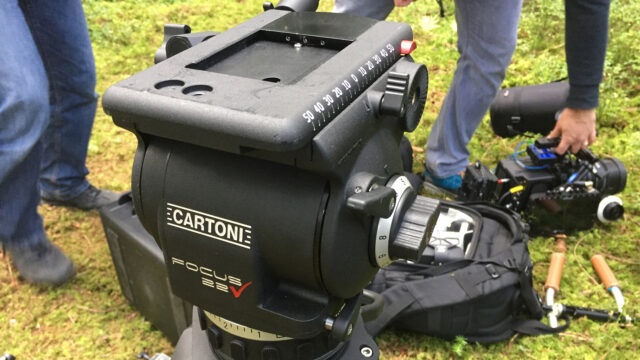 I’ve always been a “Sachtler user” if you will. It’s a well known brand that delivers the kind of quality and smoothness many professionals expect out of a tripod system. But recently I embarked on one of the craziest shoots I’ve ever been on – Crazy, as in having a ridiculously small budget – and I needed an affordable tripod alternative that would carry the load reliably. So I decided to do a test run with this Cartoni Focus 22 review. Cartoni being a well known, family established, Italian brand we’ve featured here not too long ago.

A quick note on affordability – Certainly this tripod isn’t cheap, but the fact that I was able to knock off 1/3 of the price in comparison to my other choice, while still getting decent quality, really helped us out on this project.

Our main camera for this shoot was the Arri Alexa Mini. Our main lens was the P+S Technik 35-70mm 1.5X Anamorphic Zoom Lens. Needless to say we really needed something that could accommodate this kind of equipment during a 3 week shoot in fall, involving a very ambitious shooting plan with apocalyptic scenarios, meteors and falling trees. 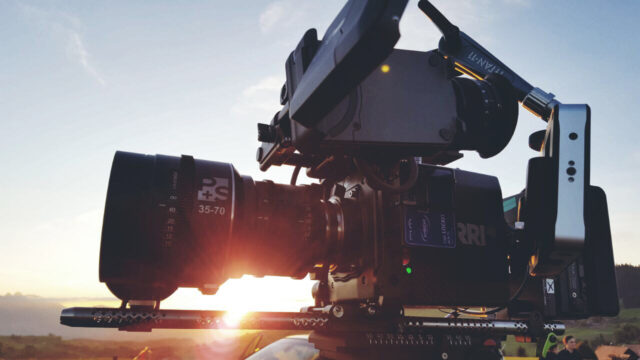 This was by the way, a refreshing spiritual story from a group of Christian filmmakers that involves topics usually picked up in science-fiction movies. So this shoot was unconventional and amazing in any way imaginable. Back to the gear:

The particular model we used was the Cartoni Focus 22 SDS Carbon System. It consists of the Focus 22 fluid head, which has a 100mm ball base and is capable of carrying 3 kg (6.5 lbs) to 22 kg (48.5 lbs). The Cartoni Focus 22 integrates a Sachtler Touch-and-Go 16 plate, which is found on Sachtler’s FSB and Video series heads. For legs this system has a quicklock design that are both ergonomic as well as very lightweight, which should help us move quickly and make work in a small team easier. 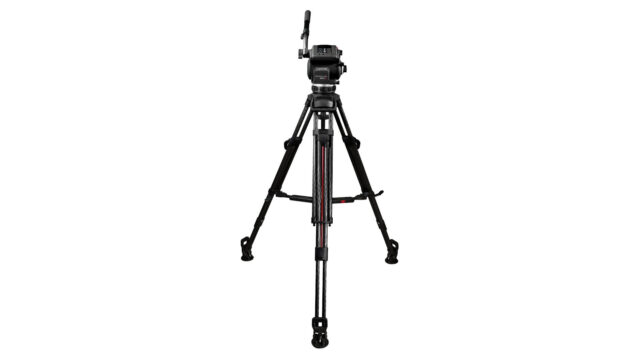 The  Cartoni Focus 22 SDS Carbon System has a mid spreader that can automatically collapse, detachable rubber feet and an extendable handle bar. Everything you would expect from a heavy duty tripod system.

In practice the ergonomics of this tripod proved to help us out in more than one occasion. On a professional shoot you really want to try to get gear that supports you and doesn’t slow you down, because every minute lost can really cost… This is not only true for large productions, but also small ones like ours, where we had limited hands and resources and ergonomic gear just made shooting feasible. 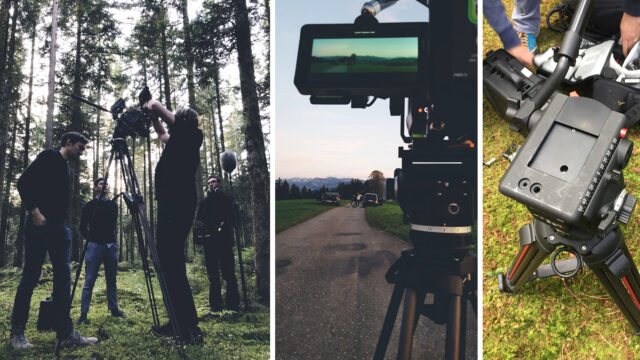 So how did the tripod perform in practice? During all the time me and my crew put the Cartoni Focus 22 to use, it really delivered when it comes to smooth pans and tilts. The Focus 22 tripod head helped us get supremely smooth shots, just like I’ve been used to from other top brand tripods of a similar size. So if you’re scared wether Cartoni can play in that league, let me tell you it can. There are many tripod heads that deliver a weird kind of inconsistent drag, but Cartoni’s tripods are certainly not among them. Their fluid head technology seems pretty solid.

The Focus 22 also comes with a few really nice features. The first one to mention here is the Continuous Counterbalance and Drag feature. Instead of having a stepped setting, you can continuously set your desired mode. After a while I started to enjoy this and when I later came back to a “stepped design” fluid head, it felt cheap in comparison. It’s just like a stepless aperture that simply feels more precise and controllable.

But here is also where I found one of the Focus 22’s limitations: Whenever we didn’t shoot with the Anamophic lens and had a light and quick camera setup, the Focus 22 couldn’t fully accommodate. The lightest drag setting on that fluid had was still too strong for my taste. In other words: The tripod delivers well with heavy cameras, but doesn’t offer a “light mode” as other, more expensive tripods do. It could be argued that if you use a heavy tripod a heavy drag is expected and needed most of the time anyway. But eventually the intensity of the “drag setting” on a fluid head is really a personal preference. So if you are used to a very light resistance setting, you should certainly test the Focus 22 before you buy.

On another note, when I asked Cartoni about the missing “light drag mode”. They told me that this comes down to the limitations of fluid head construction, but that they customize them for their customers, allowing for an overall lighter drag if a DP were to prefer that. 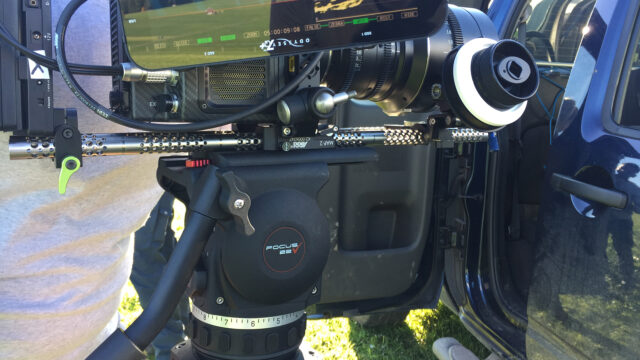 Another advantage of the  Cartoni Focus 22 SDS Carbon System are the quicklock legs. I’ve become very used to expanding and collapsing tripods with a single twist of a knob, instead of having to extend several stages. This is one thing that didn’t work as well as I had expected on the Cartoni. Several times during our shoot either one or several of the legs would get stuck half way down. It might have been our particular model and a service or “oil change” might have fixed this issue.

The full system is very lightweight. The total is 7.90 kg (17.4) lbs, which we enjoyed. On its side, it has a handle that allows you to carry the tripod easily. Of course there’s an integrated illumated level bubble and it has a nice 90° tilt range which was a positive surprise on set. 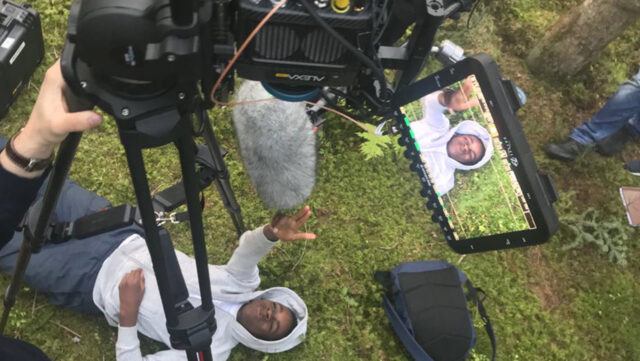 So why is this tripod system more affordable than others? Of course there is always a payoff when it comes to price. In this Cartoni Focus 22 Review I already mentioned that the drag setting is limited to heavier modes. But then there are also some minor details that come up after a while when using this system. It’s things like the handle bar being rather stiff, the quicklocks sometimes not extending fully or the plastic mid spreader getting stuck now and then. It can all be summarized as the plastic parts of it not being “perfect” in terms of design and build quality. I guess this is where they were able to save some money, while still producing a professional super smooth fluid head. 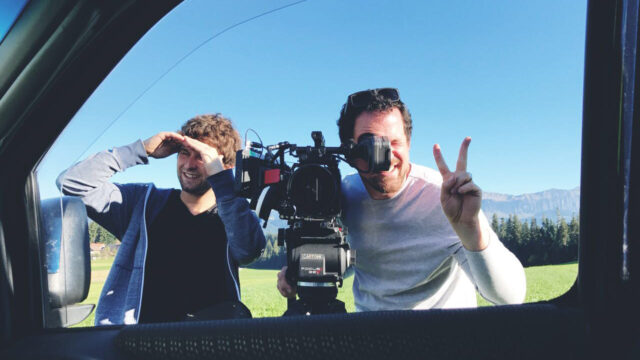 There are a few other tripod brands to consider, but among the top brands, Cartoni is one that I will use again if the need arises. For shoots with lighter cameras, their “Focus” line offers several other size options that you might want to check out for your upcoming production.

So: If you’re looking for an absolutely perfect tripod, maybe this is not the one, but if you’re looking for something that incorporates a high end, reliable fluid system, with a stepless drag and counterbalance control, for 2/3 of the price of the other brand, then I think the Cartoni Focus 22 is certainly well worth looking into.

I hope my Cartoni Focus 22 Review was helpful for you. If you have any questions let me know in the comments.