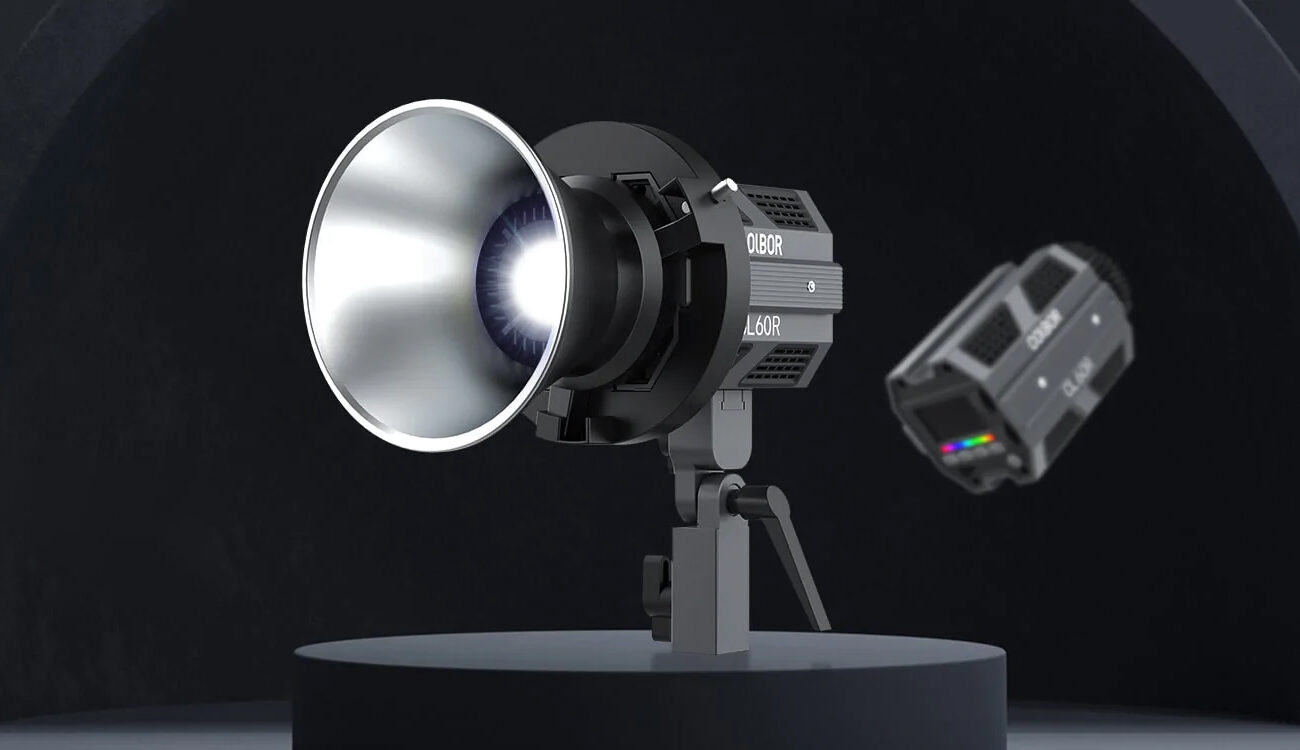 COLBOR has just introduced three new models to their CL series of COB LED lights, the CL60R, CL100X and CL100XM. All models share the same PowerCube scalable design, which allows multiple units to be stacked together in a larger lighting matrix.

Chinese brand COLBOR is a relatively new player in the lighting world. Just a few months ago, we brought to your attention their CL60, a bi-color COB LED fixture with a stackable design that allows building lighting arrays of up to 10 spotlights.

Now, the company is introducing an RGBWW version of this light, called CL60R, along with two new 110W models, the CL100X and CL100XM. Let’s take a quick look!

All lights come with a standard Bowens mount for modifiers, have a claimed CRI rating of 97+, and are fully dimmable from 0 up to 100% of their intensity. According to COLBOR, when using the included reflector, the CL100X can output up to 25,070 lux at 1 meter, while the CL60R is limited to 22,974 lux at the same distance.

All lights come with a set of built-in lighting effects, which number varies depending on the model: 7 for the CL100XM, 10 for the CL100X, and 13 for the CL60R. Moreover, all light bodies pack a cooling system that is claimed to emit less than 20dB in Quiet Mode, although the company does not specify at what distance.

These fixtures inherit the same PowerCube design that makes the CL60 so peculiar. This means that up to 10 units can be stacked together to act as a larger light source with a total power output of up to 1,100W.

Each fixture is built using a mixture of aerospace-grade aluminum and ABS plastic, thus resulting in a featherlight construction. The CL60R is quite tiny and lightweight, measuring 140x80x90mm and weighing only 600g. The CL100X models are just a bit longer (150x80x90mm) and heavier (800g).

Just like the CL60, the CL60R can draw power from different source types, including DC wall mains, V-mount or NP-F batteries, and also USB-C Power Delivery (PD3.0 20V 4A). On the other hand, the CL100X models lack the latter option.

Light settings are displayed on a 2-inch LED screen on the back of each lamp and users can adjust them using the onboard controls or via the COLBOR Studio App (iOS/Android). When the lights are arranged in a matrix, settings adjustments on one fixture can be immediately replicated on all other units in the group.

Have you ever used the COLBOR CL series lights? What do you think of these three new models? Let us know your thoughts in the comment section below!