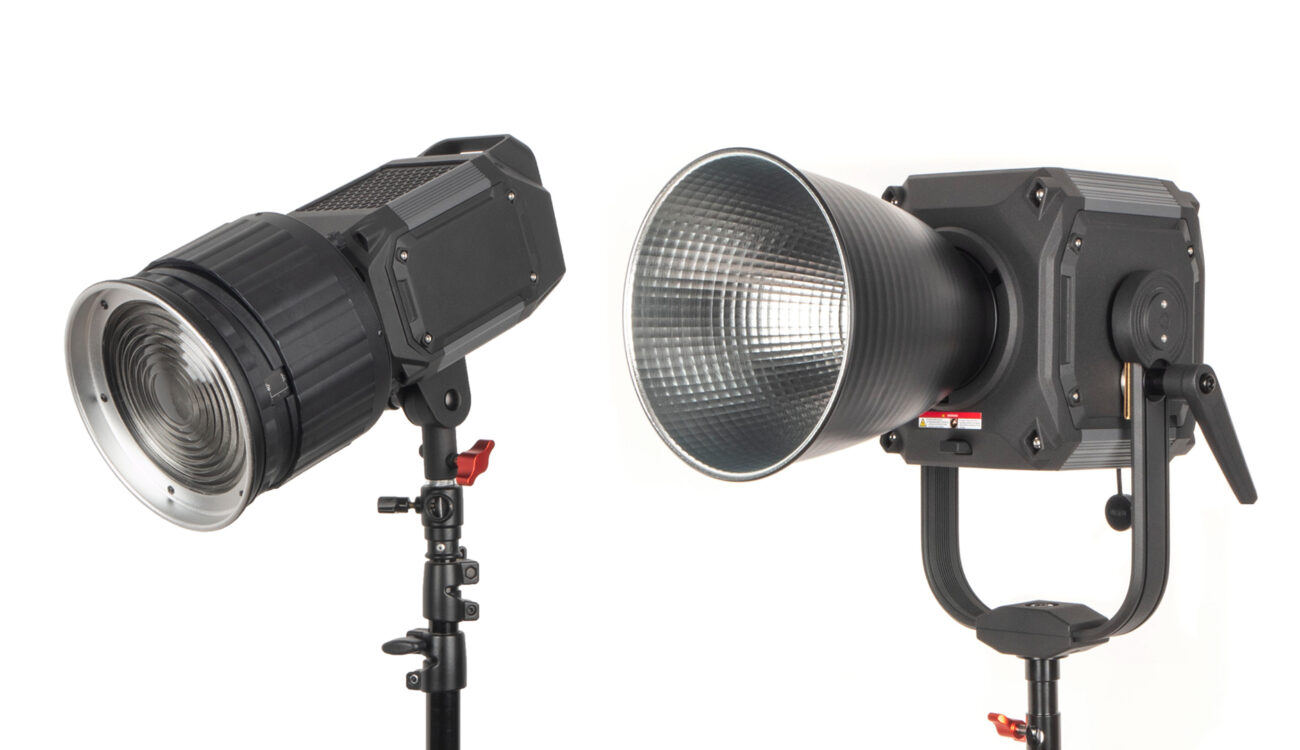 by Francesco Andreola11 days ago

CAME-TV has just introduced a new series of COB LED fixtures, called TIOGA. It consists of no more than 6 models, including daylight and bi-color light sources with power consumption ranging from 220W up to 600W. Pricing starts at $288.

CAME-TV’s offering of lighting products is already quite extensive, spanning from traditional Fresnel tungsten fixtures to LED panels, focusing lights, and tubes. Now, the company is adding a new series of COB LED lights to their collection.

Given their aggressive price point, the TIOGA spotlights seem to be here to compete with new players in this market segment, such as SmallRig, and well-established veterans like the Aputure LS 600 Series. So let’s take a closer look!

All light sources offer linear step-less dimming from 0 up to 100% of their intensity, have claimed CRI and TLCI ratings of 95+, and come with an included reflector. According to CAME-TV, the 660D model can output a maximum of 16,967 lux at a distance of 1 meter (55° reflector). You can find the full photometric measurement for each light on the company’s website.

The Bowens mount grants compatibility between the TIOGA spotlights and the company’s new accessories, namely a Fresnel lens (12-40°) and an optical snoot with Gobo (20° lens). Furthermore, the lights pack a set of 11 built-in lighting effects.

While the 220 and 310 versions feature an all-in-one design, the powerful 660 variants require an external control box to be fired up. Nonetheless, all lamp heads are made of aluminum, which helps with heat dissipation while keeping the fixtures lightweight. The lamp head weighs between 2.34kg/5.16lbs (220D/220B) up to 5.49kg/12.1lbs (660D/660B). The control box of the 660 version weighs around 5kg/11lbs.

The lights have a cooling fan whose speed is automatically adjusted to adapt to the temperature of the working environment. However, there’s no word on the loudness of this thermal-management system.

The 220 and 310 models come equipped with a 4-meter power cord and a 1-meter power adapter cord. Luckily, their 660 siblings feature longer power cables (4m power cord + 5m connecting cable), so they can be rigged up higher. Furthermore, the company also launched a 48V Dual V-Mount Battery Plate Power Station to power the 220 and 310 models using external batteries, which can be done “natively” on the 660 series control box.

All models offer multiple control methods, including onboard controls and remote control via a smartphone app. The 310 and 660 models even feature DMX in/out, which means they can easily be integrated into professional lighting workflows.

The new TIOGA COB LED spotlights are now available to purchase from CAME-TV’s website and seem to be pretty accessible. Pricing is as follows:

What do you think of the new CAME-TV TIOGA high-output spotlights? Do you believe the company can compete with existing alternatives? Let us know your thoughts in the comment section below!