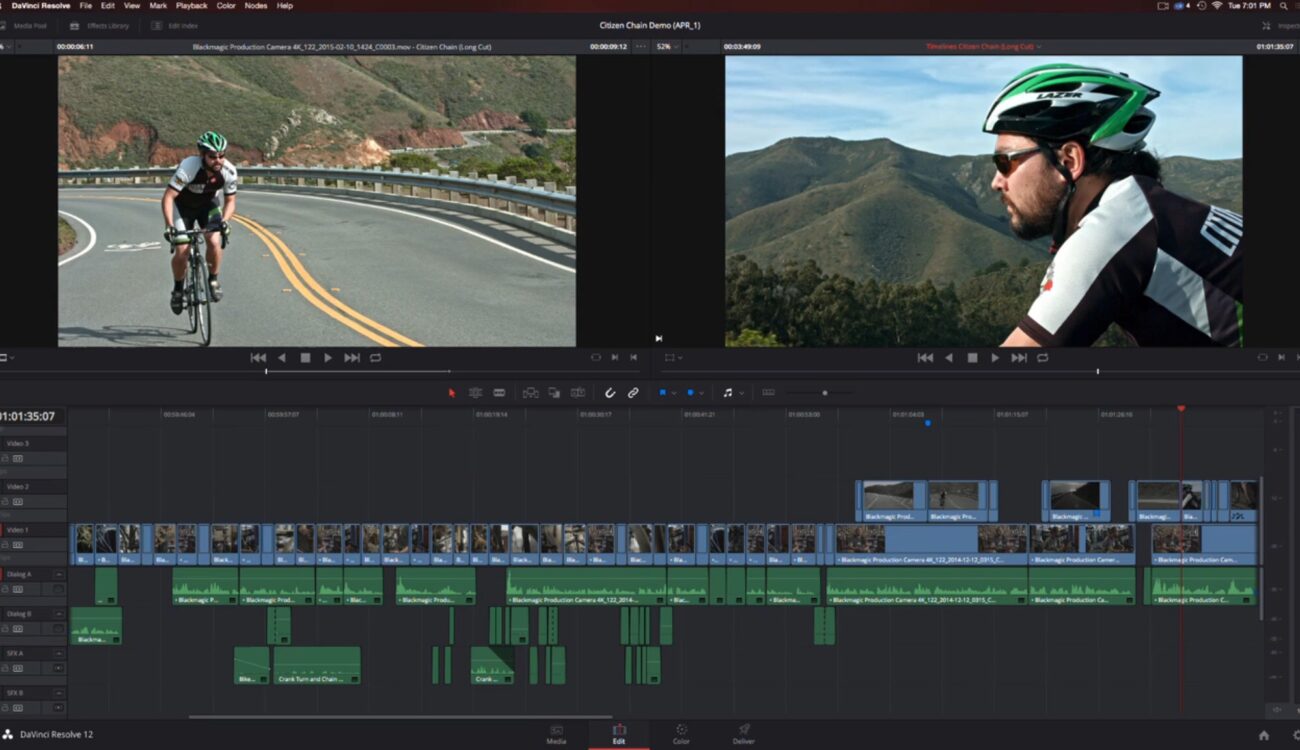 But the improvements in video editing are a significant advance, making it comparable to other NLE’s. JKL playback controls have been enhanced with lower latency and slow-mo playback. Timelines can be nested for complex editing projects. Other features like multi-cam editing, improved cutting and trimming controls, motion path editing, and shot matching are significant improvements as well. The new audio engine includes real-time audio playback as well as speed changing of audio clips with pitch correction. All of these improvements bring Resolve up to par with other NLE’s to make it a reasonable option for video editors. The new version boasts 80 new features in total, so check out Blackmagic’s website for info on all of the new features. Avid recently announced its free version of Media Composer, but with Resolve Lite 12 now video editors have another free option for a professional NLE.

Resolve 12 is planned for a July release for $995, but current users can upgrade for free.