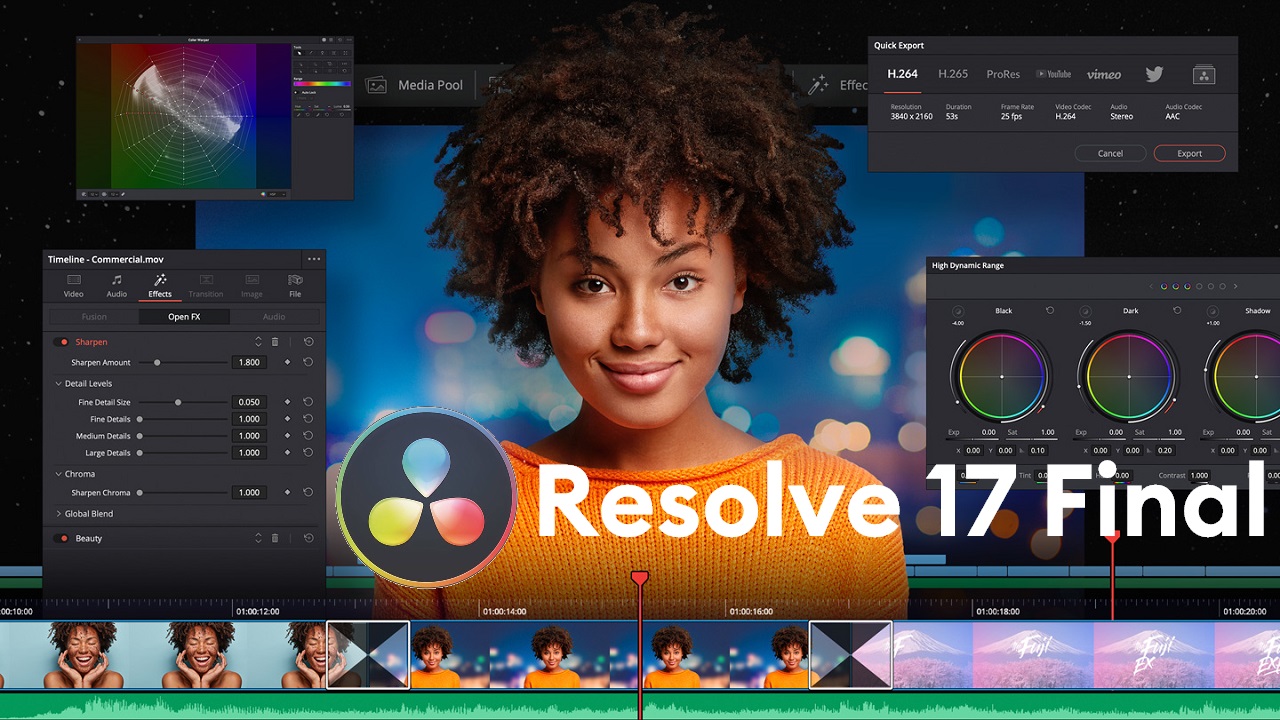 Blackmagic Design just released the final “full shipping version” of the DaVinci Resolve 17 NLE. That means the app is now out of beta and it should be stable and with minimum bugs. The Resolve 17 brought over 300 new features and improvements including HDR grading tools, AI-based magic mask, improved Fairlight usability with 2,000 audio tracks, improved editing, metadata-based bin sorting, and more.

We wrote quite a comprehensive article about all the new features of DaVinci Resolve 17 when it was announced, so to get a full picture, please go ahead and read it here.

Resolve 17 introduced new features and better controls on all its pages. On the color page, for example, the HDR grading is more precise with the zone-based controls. Other new features include the AI-based Magic Mask or Color-Warper tool.

To further speed up the editing process on the Cut Page, Blackmagic Design also introduced the Speed Editor. Take a look at our review here. Again, for more information about the new features of Resolve 17, check our article here or Blackmagic Design’s recorded live stream on Youtube which I embedded here.

It is also important to mention that DaVinci Resolve 17.0 requires a database upgrade from DaVinci Resolve 16.2.7 and previous versions. Blackmagic Design strongly recommends backing up the existing database (both DiskDB and PostgreSQL) and then restoring that database for the upgrade before upgrading to this release.

The updated DaVinci Resolve Project Server 17.0 is also available in the Support Center. It adds support for multiple users on different workstations to open and work on the same project at the same time.

Additionally, Blackmagic Design currently offers a free DaVinci Resolve 17 Studio license with every Blackmagic Speed Editor (check our review here) purchase for a total of $295. Or is it the other way around? Anyway, it is a very good deal I would say.

Do you use DaVinci Resolve for your post-production work? How do you like the new Resolve 17? Let us know in the comments section underneath the article.