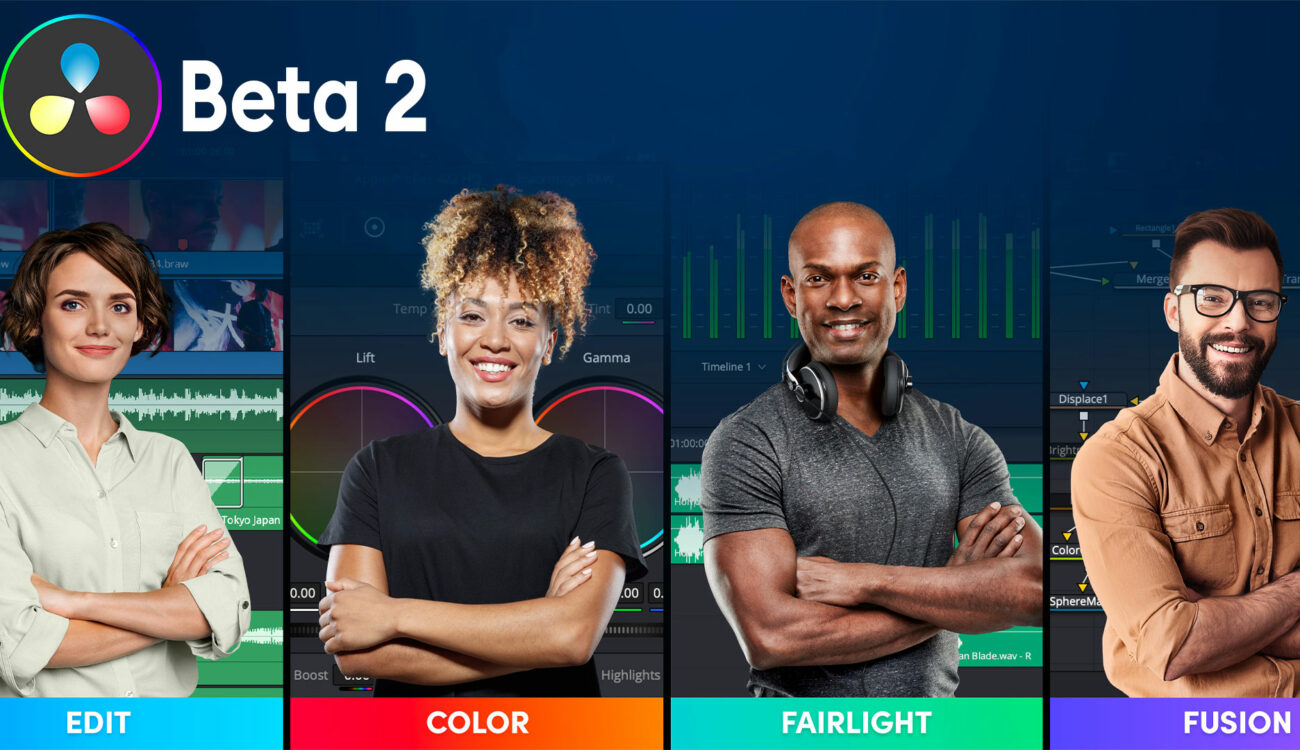 DaVinci Resolve 18 Beta 2 update has been released and it brings object mask and tracking for magic mask, an improved Dolby Atmos immersive mixing, including binaural monitoring, native support for Dolby Atmos production for Linux and Apple silicon, as well as further improvements and bug fixes.

The NAB Show in Las Vegas is now behind us and Blackmagic Design had a strong presence at the show. A few days prior to NAB, the Australian company announced a few new hardware gadgets as well as the new DaVinci Resolve 18 Beta. On the NAB show floor, we met up with Simon from Blackmagic Design who showed us the main new features (other than the cloud functionality). Make sure to check the article and the video. Only two weeks after the Resolve 18 release, Blackmagic Design launches the Beta 2 version with some new improvements, so let’s take a look at it.

Perhaps the most interesting new feature of the Resolve 18 Beta 2 is the addition of a new object mask capability in the magic mask. Make sure to watch our video below from the NAB show where Simon Hall walked us through the new features on the Resolve color page.

Here is the full list of improvements and new features in DaVinci Resolve 18 Beta 2:

As always, the latest version of DaVinci Resolve is available now as a free download from the Blackmagic Support Center. The full Studio license of DaVinci Resolve 18 is also available on the same page, but you will need to purchase an activation code in order to launch it. The full license for two computers costs currently $295 or you can get the license with a Blackmagic Speed Editor (check our review here) for $395. The license also comes with all new Blackmagic Design cameras.

Do you use DaVinci Resolve for your post-production work? What do you think about the new Resolve 18? Let us know your thoughts in the comments section underneath the article.