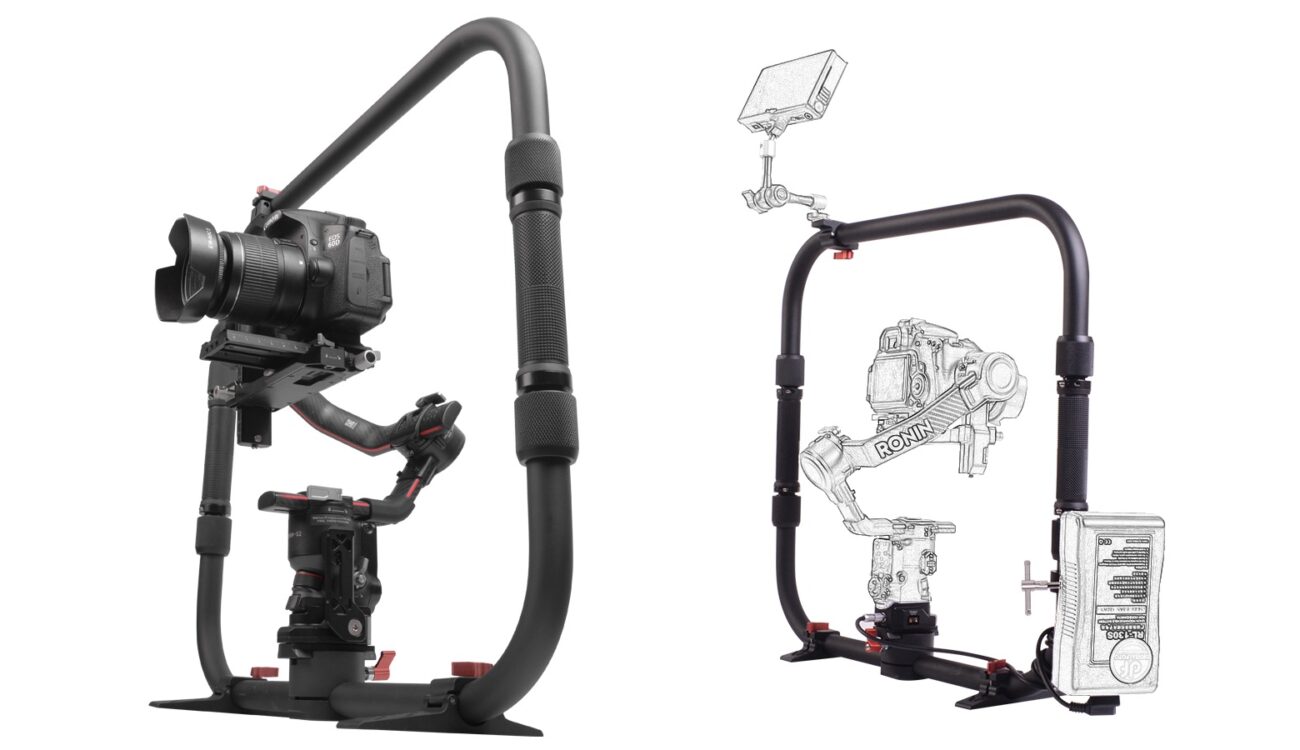 DigitalFoto announced a new ring grip for DJI RS 2 gimbal. It is a compact ring with mounting points for accessories, rubber grips, and the PRO version comes with a power supply base plate that can power the gimbal and additionally some accessories via a D-Tap out from one V-Mount battery.

The DJI RS 2 gimbal was announced almost a year ago along with its smaller sibling, the RSC 2. Tilta was one of the first companies to announce its accessory ecosystem for the RS 2 gimbal. Other manufacturers followed after that with more accessories. Another Chinese company that offers accessories for the very popular gimbal is DigitalFoto. They announced a new ring grip for the RS 2, so let’s take a short look at it.

As the title implies, there are two versions of the gimbal ring grip. The PRO version includes everything from the regular version plus the PB-RS2 power supply base plate with a cable. The regular version only includes a basic base plate. The V-Mount battery clamp is included with both models so that you can power the gimbal from a V-mount battery.

The new grip rings are designed specifically for the RS 2 – that means the overall size is more compact than the older ring grips from the company. The ring includes two rubberized handles on both sides and two detachable legs with dovetails. Additionally, there is an ARRI-style rosette adapter for mounting accessories anywhere on the ring.

The diameter of the tubes of the ring is 25mm and the otter dimensions are 510 x 520mm. Made out of alloy aluminum, the ring weighs 1.65kg and the PB-RS2 base plate adds another 0.35kg. The total maximum payload is 20kg.

The PB-RS2 power supply base plate can be used in various applications and provide power for the DJI RS 2 gimbal plus an additional power output. It features a 13-17V Lemo 2-pin connector as a power input for the gimbal and it adds one 13-17V D-Tap as power output. One 60cm D-tap to Lemo cable is included in the package.

The side holder bracket for added security and rigidity is also included and the whole base plate is made out of aluminum. At the bottom, the base plate has three 1/4″-20 threads (one of which features the holes for anti-twist locating pins) and two larger 3/8″-16 threads.

The good thing about the adapter is that the D-Tap outputs have three pins so that you can rotate the output connectors depending on the setup you need. The adapter also features an on/off switch and two 1/4″-20 threads. The adapter is limited to a maximum of 80W.

Both DigitalFoto Ring Grips for the DJI RS2 are available for purchase now. When it comes to pricing, the RING-RS2 costs $209 and the RING-RS2PRO sells for $399. The PB-RS2 power supply base plate is priced at $130 and you can also buy the WY-4D-TAP-DC breakout adapter for $39.99.

The funny thing about the pricing is that it is actually better to buy the regular model and the PB-RS2 power supply plate separately rather than together as a PRO version of the ring. Maybe the prices will get adjusted, we will see.

Do you use the DJI RS 2 gimbal for your work? What do you think about the ring grips from DigitalFoto? Let us know in the comments section underneath the article.