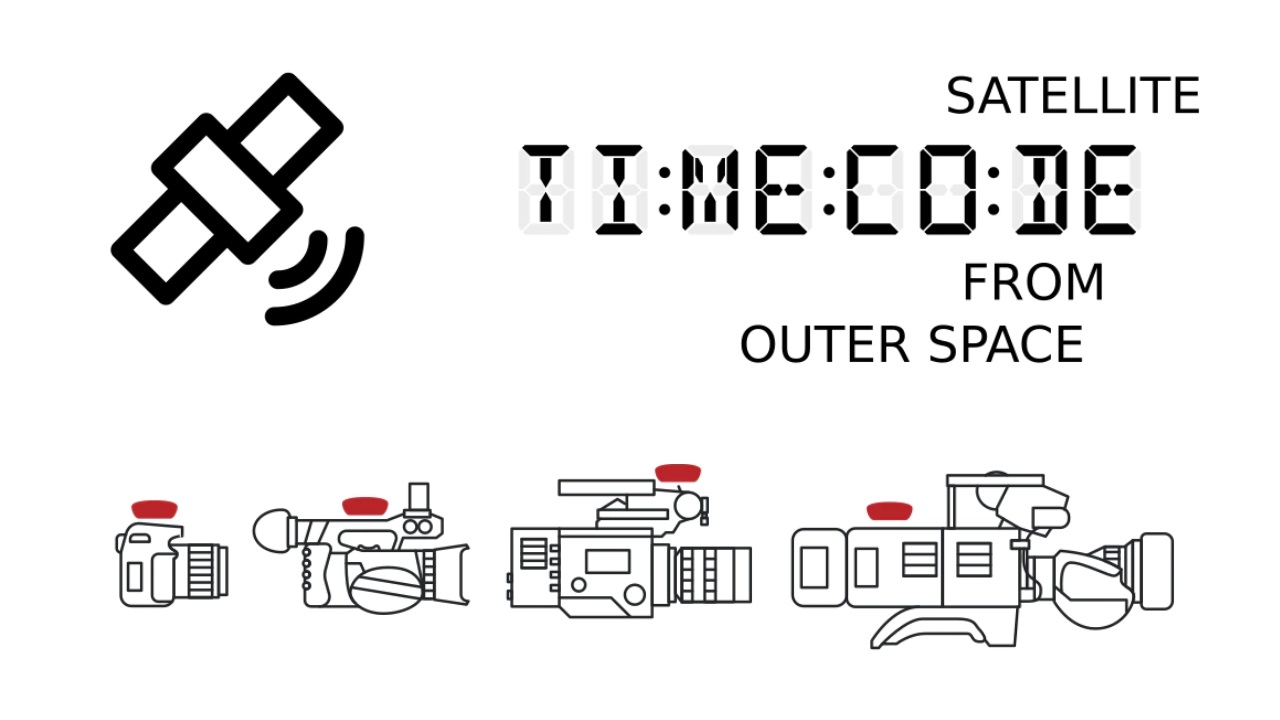 DISH is a zero-configuration timecode generator which gets a precise time-of-day timecode in UTC from public satellites. It can sync unlimited number of devices on set and it records the linear time code (LTC) to an audio track. When without satellite signal, it keeps track of accurate time thanks to internal TCXO clock. The DISH is now live on Kickstarter. 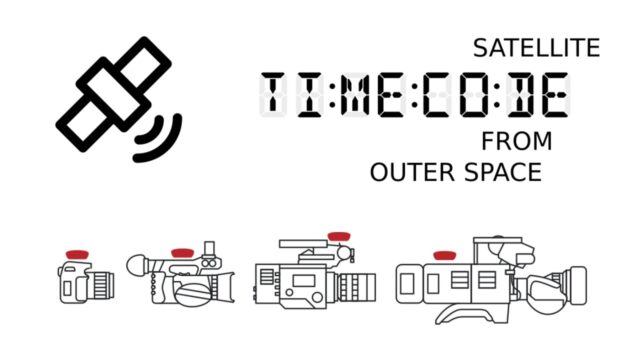 Professional productions typically record sound and picture on separate devices and many times there are multiple cameras on set. Each camera and sound recorder produces its own files for each take. Timecode sync lines up these files on an editing timeline automatically. Some of the most widely used devices for audio timecode sync nowadays are from Ambient and Tentacle Sync.

DISH creator Ari Krupnik is an engineer with background in Tesla and other startups in Silicon Valley. He created DISH Kickstarter campaign to bring a plug-and-play alternative to other timecode syncing solutions on the market. Especially for cameras that typically don’t offer timecode in/out, like DSLRs and mirrorless.

The device takes public radio signals from atomic clocks and embeds precise timecode in cameras and audio recorders. All DISHes everywhere in the world report the same time-of-day timecode, in UTC (more specifically, in International Atomic Time). You don’t need to jam-sync all the devices like in a typical timecode workflow. GPS is one of the multiple satellite systems DISH receives signal from, so it is redundant for increased availability. 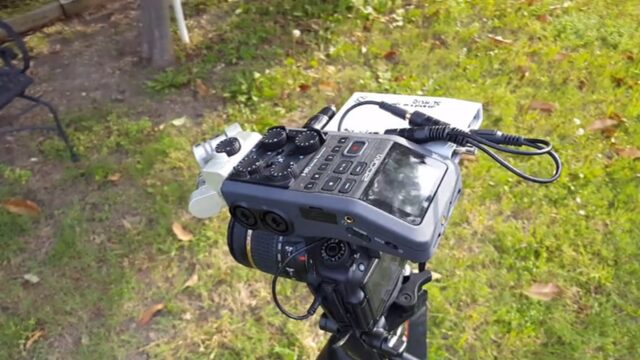 DISH timecode generator in use.

DISH locks down the frame rate and output level – it runs internally on 24 fps. To aviod confusion, DISH puts the timecode on an audio track. Audio streams are inherently continuous, and can take timecode at a different rate than the video in the same file. That means you can still shoot whatever framerate you prefer.

The design is simple – DISH only has a locking 3.5mm jack output and a status LED. The device does not even have an on/off switch – it turns on as soon as the output cable is plugged in. It is a plug-and-play device, so it does not need any configuration whatsoever. It works with any camera/sound recorder that has a microphone input. Right now it is only in white, but its creator tries to find a suitable black material for the chassis which will not weaken the satellite signal.

Many DSLRs disconnect onboard microphones if you plug in an external input. That’s why there is a microphone in the device. If you plug a DISH into the DSLR, you get timecode on the left audio channel and scratch audio on the right. For one-man crews there is a Y-adapter to plug the DISH in the camera and in the audio recorder to get timecode on both devices. 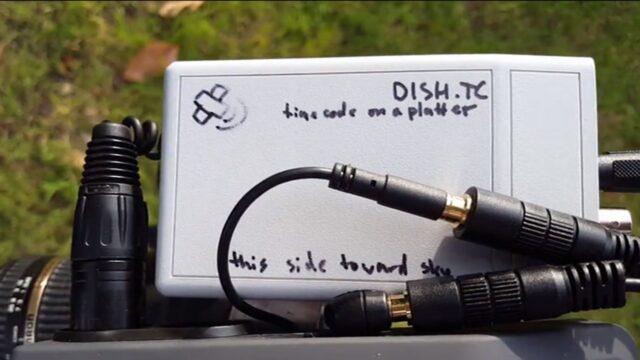 DISH outputs LTC (Linear Time Code), which is an international standard. Many NLEs support LTC natively (e.g., Avid, DaVinci). For NLEs that don’t support it natively, there is a number of stand-alone software utilities that extract timestamps from LTC files.

Additionally, Ari has created a free, open-source application – LTCsync – which runs on Windows, Mac and Linux. You can download a pre-release version from GitHub.

The device itself is quite bulky in my opinion. It is partly because of the 2 AA batteries the DISH uses. The manufacturer claims that a pair of high quality AAs will keep the DISH operational for over 40 hours. Removable batteries might be bigger than a built-in lithium battery solution would have been (like in the Tentacle Sync devices), but they also have their advantage. When drained, they can be easily replaced with fresh ones within seconds. Most filmmakers usually carry spare fully charged AA baterries on a set.

The campaign‘s $10,000 US financing goal is about to be met as this post goes live. It runs till July 12, so there is still time to pledge. The rewards range from $169 to $1,299 US depending on the number of DISHes you want to get. Estimated delivery time is September 2019.

Interestingly enough – as one of the award – DISH creator offers three pieces of the v0.3 prototype to Kickstarter backers for $449 US each. They should be fully functional and are supposed to be shipped immediately after the successful end of the campaign in July.

We say this at the end of every crowdfunding-related article: Please be aware of the risks when backing a project on crowdfunding platform. Please read Kickstarter’s terms of use – especially Section 5 “How funding works”. Keep in mind that there can be significant delays when delivering the product. Some projects even don’t get delivered at all.

What do you think of DISH? Which solution do you currently use to sync timecode on set? Let us know in the comments underneath the article.