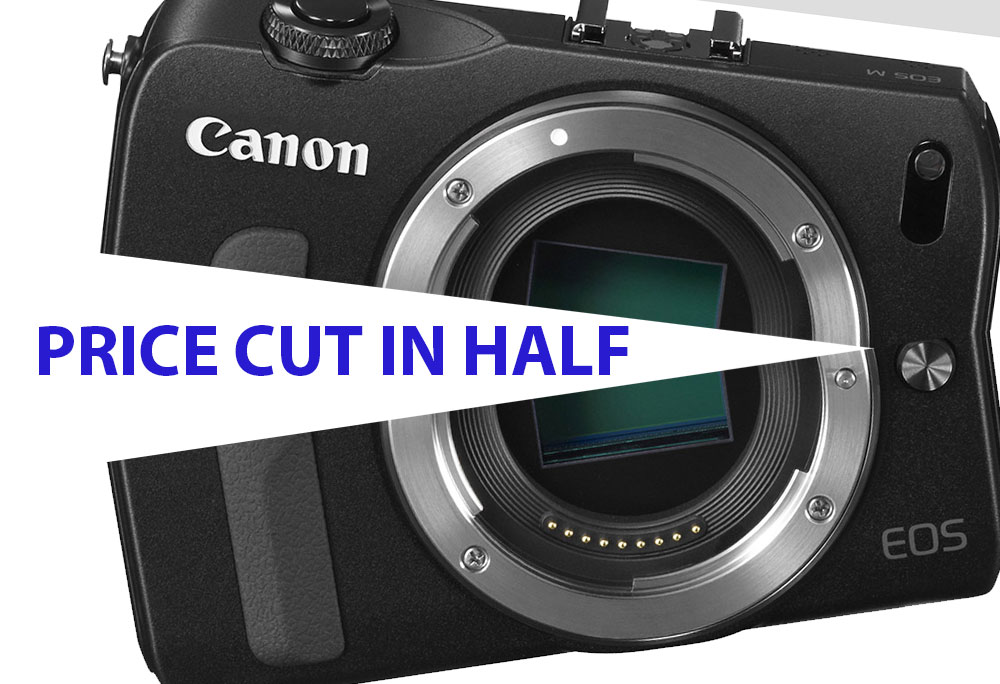 First off, sorry for the Canon-heavy news posts lately, but they seem to be extremely busy right now with constant new product announcements and significant offers that are too good to miss – no summer break for Canon I guess, as opposed to the other manufacturers?

EOS-M with the quite decent 22mm f/2 pancake lens make it a tiny package with a big sensor … and the price ain’t too shabby either now (finally!)

Anyway, let’s talk about the EOS-M, Canon’s mirrorless interchangeable lens camera offering (with an APS-C-sized sensor). When we first reported about it after it was announced about a year ago (click here to read the post), the reaction was underwhelming: After all, it features the very same sensor as the extremely popular 7D, 550D, 600D, 650D, 60D (do you want me to go on?) … but the initial price of $800 was off-putting, especially considering the fact that you were already able to get many of the aforementioned DSLRs for a significantly lower price than that at the time.

Yes, the small form factor is a big plus for sure if you want to travel light (not taking into account the size of many lenses though). However and understandably, hardly anyone was willing to pluck down an additional few hundred dollars JUST to have a smaller camera, without any innovation in sensor technology.

That’s what I call MASSIVE savings, and I might get one too now – this is too good to miss, especially if you already have a lot of Canon glass like I do. Are there better small cameras for video? For sure. But at that price? No way.

And they have a white version too that goes for the same price.