The iPad Pro has been on the market for a while now, yet the “Pro” in its name still has to live up to expectations. I talked to Pedro Hofmann, a videomaker from Vienna, in how he is making the iPad Pro into his fast turn-around editing machine using the LumaFusion app.

Apple’s most recent upgrade to the iPad Pro line was impressive – with a processor that is exceeding the speed of many laptops in its line-up, it became clear during the Keynote introduction that it’s a sign of things to come. The iPad was finally powerful enough to be the Pro machine they promised a year earlier. With one huge caveat: the lack of a a proper file system and the incompatibility of the consumer-oriented iOS with the professional Mac OS makes the “Pro” in iPad Pro nothing more than a shallow promise. 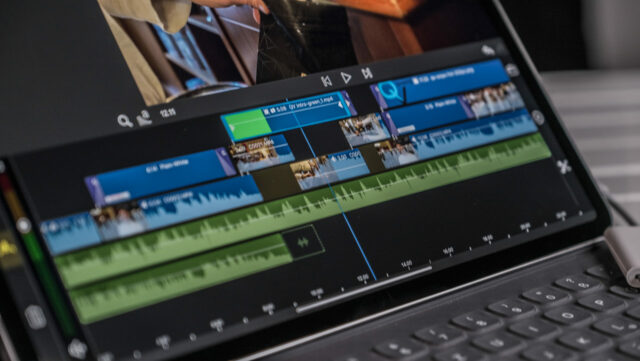 LumaFusion on the iPad Pro

In comes Pedro Hofmann, a videomaker based in Vienna, who creatively specialised in producing fast turn-around one-minute films for his clients. He’s shooting the films on his Sony a7s II, his DJI Mavic drone and other gear, and then he edits right on the spot using his iPad Pro using the app LumaFusion. In fact he sold his MacBook Pro and considers the iPad Pro the best “selling tool” for his productions he’s ever had. I agree with him that showing edits to clients on an iPad often gets them more excited than showing them something on a conventional laptop – somehow the experience feels more haptic and organic. 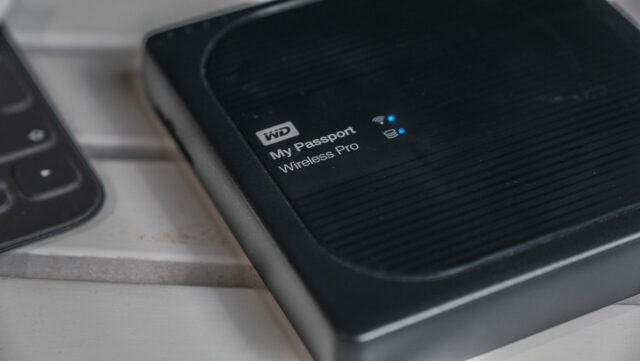 Regarding his workflow, it isn’t completely straightforward simply because Apple is limiting the way you can access files in iOS. He’s working with Apple’s USB-C SD reader as well as a Western Digital My Passport Wireless, which also has an SD reader built in, and it enables him to read and copy every file system of any camera (on the SD card) while Apple’s own reader ignores the folder structure of Sony cameras, for example, effectively showing an empty card despite the fact there’s data on there. The My Passport Wireless becomes a media hub that can serve the data into the editing app LumaFusion. 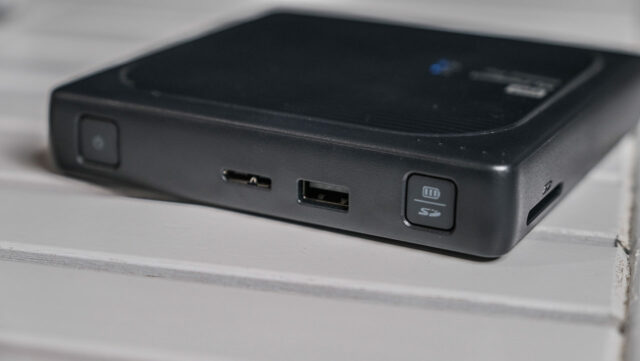 SD Reader in the WD My Passport Wireless

Now of course it’s not ideal that there isn’t an Adobe Premiere or Final Cut Pro for the iPad Pro yet, meaning, it is impossible to move projects between your desktop and iPad so far. However, the LumaFusion editing app is truly impressive in what it’s capable to do: You can have up to three layers of video at 4K 50 playing simultaneously without any hick-up. And believe it or not, but it also plays H.265 extremely smoothly due to the graphics chip in the iPad Pro, something that even the biggest desktop machines can still struggle with these days.

LumaFusion seems like a very capable editing app at first glance, with proper editing shortcuts, layering, proper typo handling and many advanced functions. It’s definitely worth a closer look and seems to work quite well for these fast turnaround edits.

iPad Pro Editing – the Way of the Future?

Enjoy this workflow video above, peeking into Pedro’s way of working. I personally can’t wait until we can finally use an iPad Pro or any other laptop for professional editing because I think it will totally change the way of working. Direct interaction with your footage feels a lot more natural than the indirect way of working we’re used to with keyboards and mouses, and nothing has changed in that way in the last 30 years. It’s time for a revolution in professional interfaces.

What do you think about editing on an iPad Pro? Have you worked with LumaFusion before? Let us know what you think in the comments.