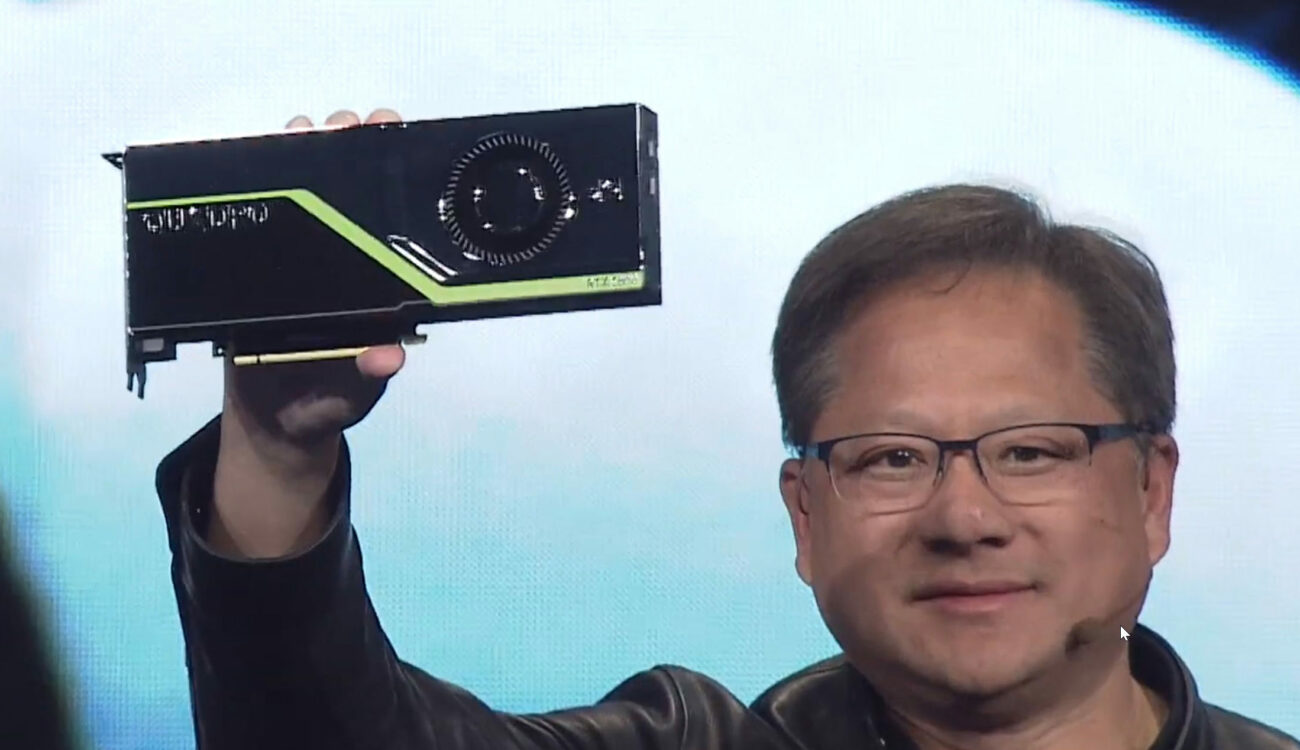 NVIDIA presented some big news: their newly developed GPU architecture called Turing and new NVIDIA Quadro RTX graphic cards, which are the first GPUs based on the Turing architecture. These new cards aim to ease 8K workflows and NVIDIA worked closely with RED to optimize and test the results with the REDCODE RAW file format. The new Quadro RTX GPUs should allow editing 8K footage in full resolution, in real time.

The company describes their newly developed technology as the “greatest leap since the invention of the CUDA GPU in 2006“. Turing features new RT Cores to accelerate ray tracing and new Tensor Cores for AI inferencing which make real-time ray tracing possible.

The RT Cores accelerate the computation of how light and sound travel in 3D environments at up to 10 GigaRays a second. Turing accelerates real-time ray tracing operations by up to 25x that of the previous Pascal generation, and GPU nodes can be used for final-frame rendering for film effects at more than 30x the speed of CPU nodes. 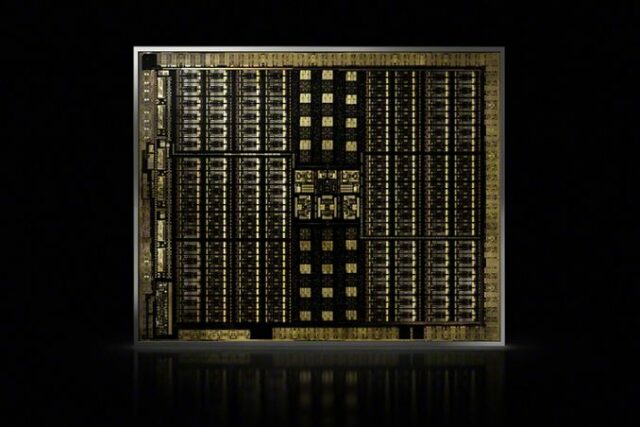 The potential of this new architecture will mainly be used in a new generation of hybrid rendering in the visual effects industry. Hybrid rendering enables cinematic-quality interactive experiences, new effects powered by neural networks and fluid interactivity on highly complex models.

NVIDIA announced that key graphics applications are planning to take advantage of Turing features through the RTX development platform. 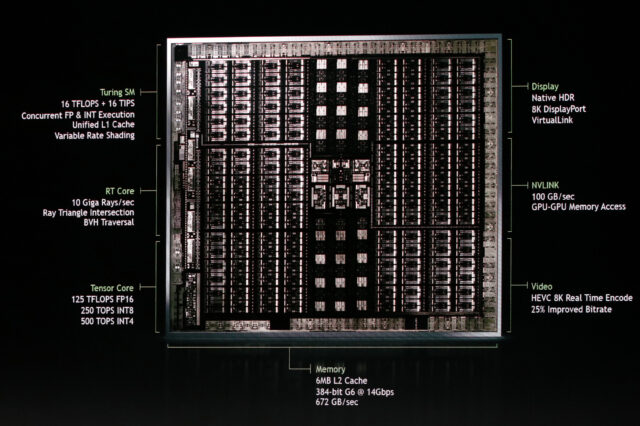 Turing-based GPUs feature a new streaming multiprocessor (SM) architecture that adds an integer execution unit and a new unified cache architecture with double the bandwidth of the previous generation. Combined with new graphics technologies, such as variable rate shading, the Turing SM achieves unprecedented levels of performance per core. With up to 4,608 CUDA cores, Turing supports up to 16 trillion floating point operations in parallel with 16 trillion integer operations per second.

Also announced was the Quadro RTX Server, which is a reference architecture for highly configurable, on-demand rendering and virtual workstation solutions from the datacenter.

The NVIDIA Quadro RTX cards are first to have the fast Samsung GDDR6 memory. It will also be possible to combine two GPUs with a high-speed NVIDIA NVLink to scale memory capacity up to 96GB and drive higher performance with up to 100GB/s of data transfer.

The researchers from NVIDIA are cooperating with RED Digital Cinema on how to optimize Turing architecture for video editors and color graders to work with 8K footage in full resolution in real time (more than 24 frames per second), using just a single-processor PC with one Quadro RTX GPU.

The results of the new cooperation should actually speed up REDCODE processing performance also on other NVIDIA GPUs – not only the new Turing-based models. Furthermore, editors will benefit from new functionality, like AI-enabled upscaling, which will let them intermix archival footage or zoom in beyond 8K resolution with the best possible results.

I hope the software companies will provide good support and utilization of NVIDIA’s new technology. Sometimes I have the feeling that it still comes down to how strong the CPU is, because software packages often prioritize most of the computing on the CPU, not utilizing the GPU enough. Since this technology is meant for PC, I am also curious how Apple will react and what they will bring into the game with the new Mac Pro that is supposed to come out next year, finally.

What do you think of the new announcement? Will you consider NVIDIA’s new Quadro RTX cards when building the next editing machine? Do you work with 8K? Let us know in the comments below.