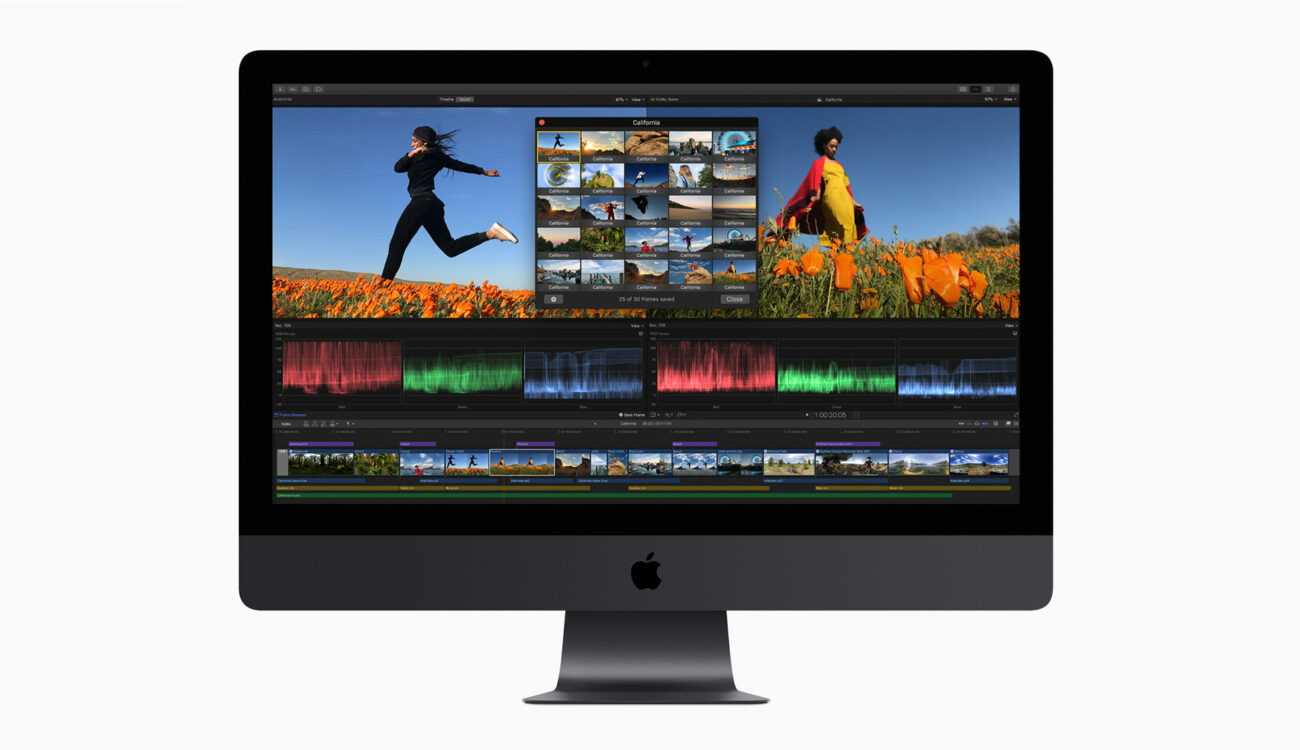 Apple just released the free update Final Cut Pro X 10.4.4, which adds workflow extensions from third-party companies such as frame.io, Shutterstock and CatDV, as well as built-in noise reduction and some other new features. 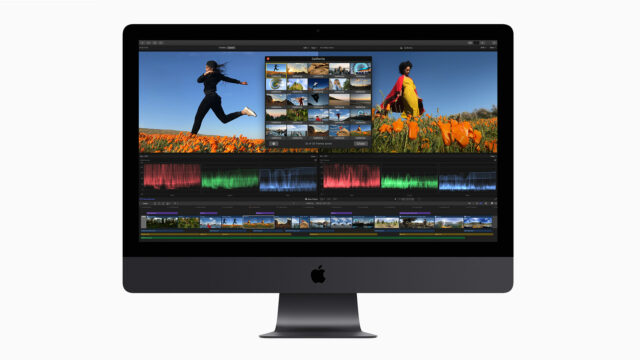 Among the cinema5D team, I am one of few people (with the notable exception of my colleague Ollie Kenchington) who are actually using Final Cut Pro X for many of their own projects (as opposed to Premiere Pro CC). Especially when there’s a quick turn around needed, I just find its performance and workflow superior to Premiere Pro CC’s workflow – however whenever somebody else is involved, I need to resort to Premiere Pro CC as it’s really become the industry standard.

Final Cut Pro X has grown into a very capable and powerful NLE over the past few years in my opinion, and despite understandable skepticism about Apple’s long-term determination to cater the professional market, they have definitely delivered on their promise to really keep improving Final Cut Pro X continuously.

This time around, Apple released what is on the surface a small update, but it comes with some significant improvements that should optimize workflow efficiency even more, and thereby speeding up what is already in my opinion the fastest and most progressive NLE in the market.

First of all, they have opened up to third-party workflow extensions to be integrated directly into Final Cut Pro X. That means that typical tasks that you would have to go to another app or website for can now be done directly from within the application, and they are opening up through providing an SDK for that purpose for other third-party developers (though they add that they should get in touch with Apple directly to start with). 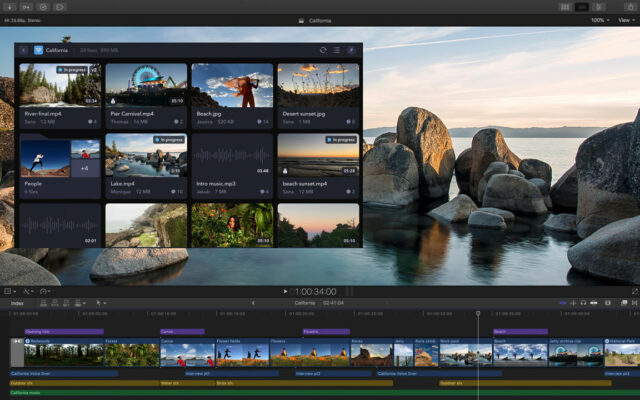 frame.io: With 10.4.4, they are introducing support for the web service frame.io, which lets editors share works-in-progress with clients and collaborators, allowing them to add comments and remarks on specific parts of a video. This is a particularly useful service that I have been using for client review work for years now and wouldn’t want to miss in my arsenal of tools. It’s so much more efficient than sending timecode lists back and forth, and there is much less room for error in the review process. Integration of frame.io directly into Final Cut Pro X means that you will be able to see comments and remarks directly on your timeline, frame-accurate, and it means that you won’t have to switch back and forth from an online uploaded version of your edit.

Shutterstock: When working with stock footage from companies like Shutterstock, it’s often a pain to actually download watermarked proxies from their sites and dropping them into your projects before you can actually test their feasibility in an edit. It’s a smart move on behalf of Shutterstock to integrate that process fully, and I for one are much more likely to use more stock footage with this capability. It will simply make it easier to try out different clips depending on their looks and lengths and how they will work in your edit, before dropping the $ to buy it. Here’s hoping that other major stock footage companies will follow and offer a similar service for FCPX soon. 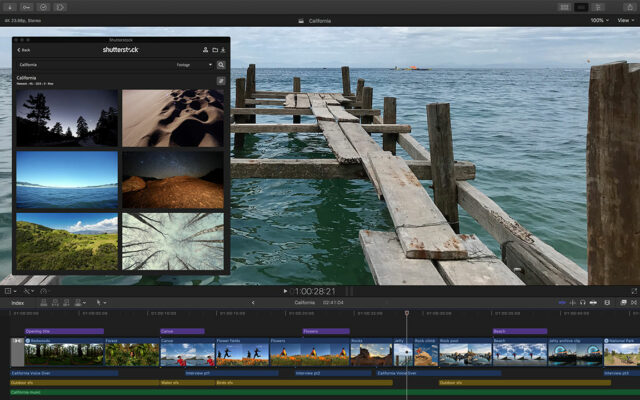 CatDV: CatDV is a catalogue for archiving, tagging and handling a content library, and its direct connection into FCPX will mean that it will be super efficient and fast to find the right content in your CatDV archive and put it directly into your edit. 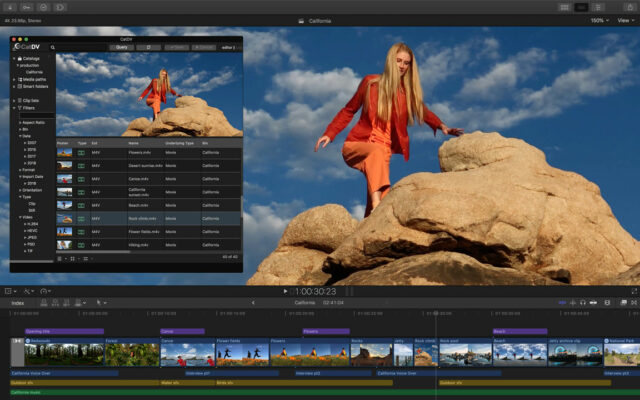 In addition to workflow extensions, Apple introduced a couple of other new features to the application.

Noise Reduction is now built-in, which is a nice addition considering that Neat Video isn’t cheap and round-tripping to DaVinci Resolve isn’t always convenient. It remains to be seen whether FCPX’s noise reduction can live up to the quality of those other noise reduction plugins though.

Comparison Viewer lets you show clips directly side-by-side, even with reference clips or photos from elsewhere, in order to make color matching and grading easier.

There’s a new batch sharing tool for multiple clips directly in Final Cut Pro X. You select a couple of clips and export all of them at once, either as master files or in a compression you choose, without having to go through Compressor.

The over-used “Tiny Planet” effect known from various 360 degree camera apps (I’m also guilty for using it from time to time) is now built into FCPX as well, you can make any 360 video into a “Tiny Planet”.

Updates to Compressor and Motion

There are separate updates to Apple’s stand-alone applications Compressor and Motion as well.

The stand-alone encoder Compressor (which I prefer A LOT over Adobe’s Media Encoder simply because it’s much much faster!) now uses a 64-bit engine, which should make it even more efficient. It will continue to work with 32-bit file formats though. In addition to that, you can now burn in subtitles into videos, and finally also support SRT subtitle files (which is an industry standard).

Compressor update is free for existing users, and it’s still $50 to buy the app. 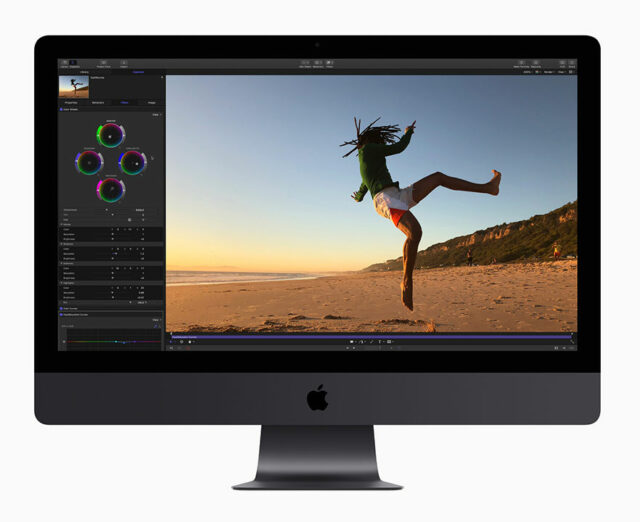 Color grading features in the new version of Apple Motion.

Motion gets a full set of color grading tools at last, including color curves, color wheels, custom LUTs and hue/saturation curves. They are the same matching color correction features that are already in Final Cut Pro X, which means that you can now apply the same changes to your motion graphics if needed. It also gets the same tiny planet filter from FCPX, plus a comic book effect that turns normal video or images into comic book illustrations.

The Motion update is free as well for existing users, the app costs $50 on the Mac App store.

Are you working with Final Cut Pro X, Motion and Compressor? Do the new updates make sense for you, what will be most useful? Let us know in the comments below.