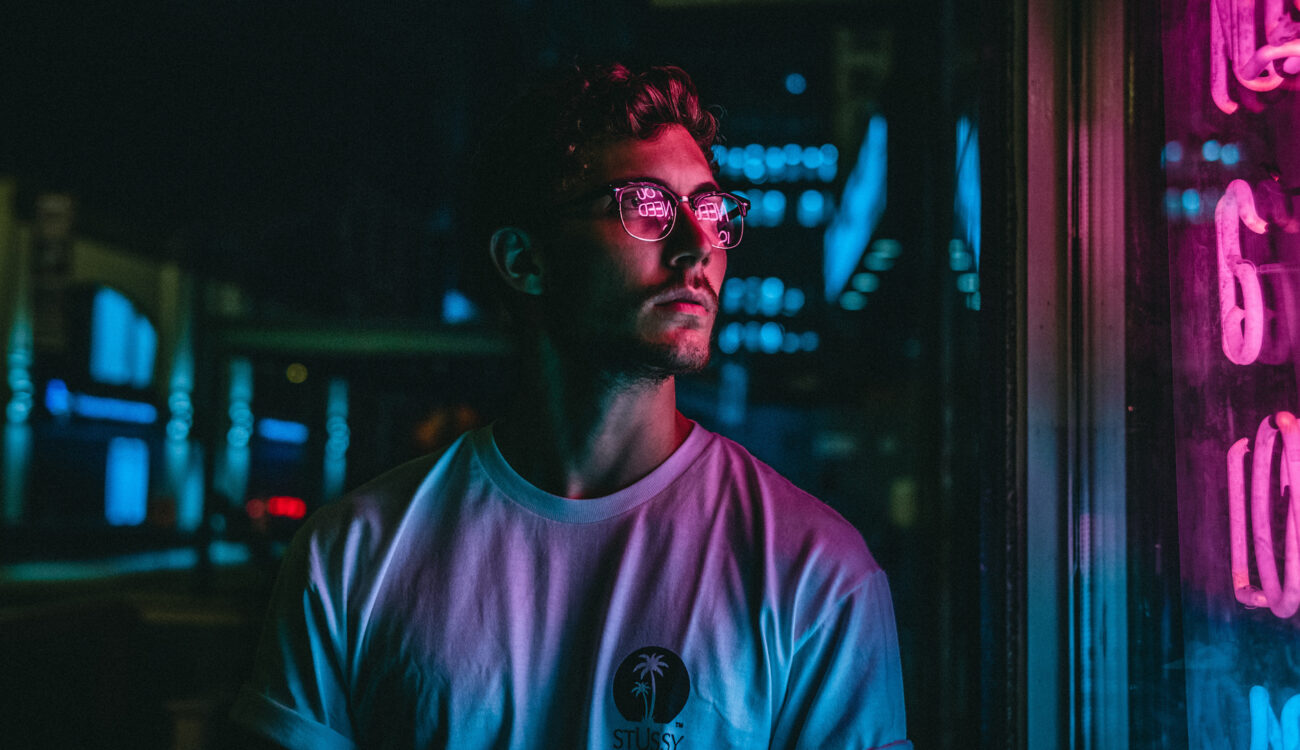 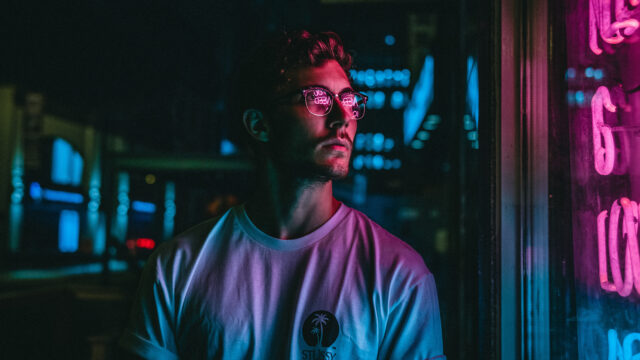 Trends come and go. It’s no secret that filmmakers love soft lights, as they easily wrap around the talent and tend to give a more natural and beautiful looking image.

I’ve seen neons everywhere on social media – they grew really popular recently through photographers like Marilyn Mugot or Brandon Woelfel, who use neon lighting to light the subject, while the light is usually placed directly in the scene.

But we are starting to see more and more “neon style” LED lights out in the field. 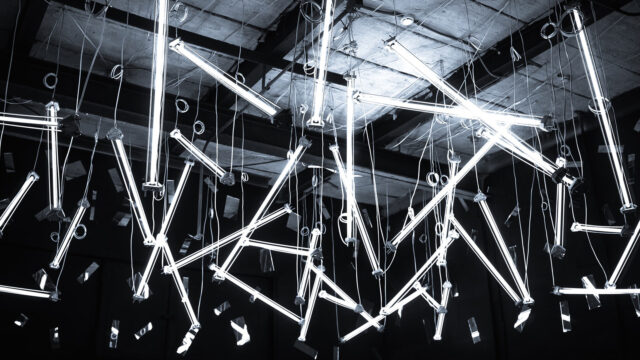 A little bit of background

Invented in 1910 by the French engineer Georges Claude, neon lights didn’t catch the attention of filmmakers immediately. Fluorescent tubes were invented 25 years after neon tubes in order to expand the tubes’ capabilities.

In 1987, DOP Robby Müller used a fluorescent light with a remote ballast in the movie “Barfly”. The technique was developed by gaffer Frieder Hochheim and best boy Gary Swink, so Kino Flo was born.

For nearly 30 years, Kino Flo fixtures were used everywhere in many types of production. Typical “consumer grade” fluorescent lights are very fragile and easy to break. In case it never happened to you: when a fluorescent tube falls on the ground, it explodes into a million pieces. Kino Flo made fluorescent lighting secure by adding a safety plastic cover over the light tube, so your film set would not turn into a mess, when something wrong happened. 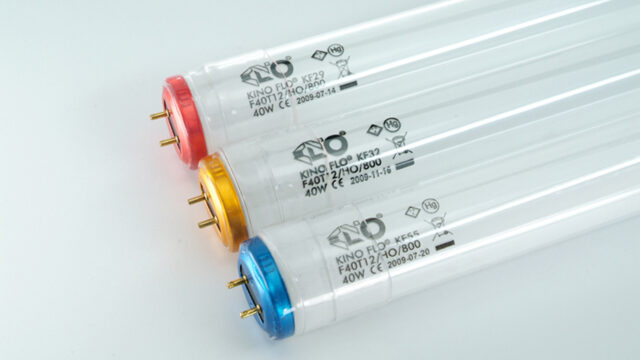 Also, it’s a very versatile type of light, as you can switch the tubes directly from daylight to tungsten. What I like is that you can mix the tubes (daylight and tungsten) if needed, so you practically have the choice to explore and experiment on set, without losing too much time. They even developed some application specific tubes like green screen tubes.

The simplicity of the system, small footprint, high output and color accuracy made them very popular to illuminate about anything one can think of. Plus, they run totally cool, compared to other tungsten lights. Once done, one can simply close the barn doors, put the light in the truck, and voilà – ready to go.

The 2-foot single tube or the big 4-foot four tubes by Kino Flo are being used as fill lights, beauty single light over a talent, and even directly as props in a shot. I’ve personally used them in commercials, music videos, corporate shoots and they never failed me. Nowadays, they are still heavily used on sets. I still use mine quite a bit, but a change is coming.

And then comes LED

In early 2010, LED lights started to hit the filmmaking market. At first, LED had a hard time competing with traditional fluorescent fixtures in terms of output, but more importantly, color accuracy.
Kino Flo saw it coming and introduced the LED Celeb 200 series of lights in 2012. It was an expensive light and only a few of us, indie filmmakers, could afford them.

Fast forward to today: Companies like Quasar Science and Digital Sputnik are constantly bringing innovations with battery powered solutions, RGB options like the Digital Sputnik Voyager, and even LED modification kits for Kino Flo fixtures. Needless to say that these new solutions are much more affordable. 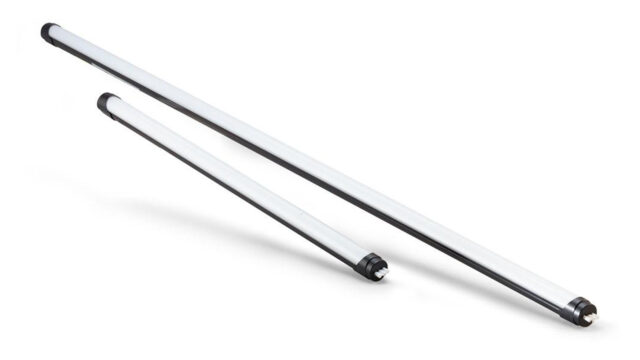 I can’t remember how many movies I’ve seen recently, with neon and fluorescent lights in the scene.
To name just a few, we can immediately list movies such as Tron: Legacy, Skyfall, Enter The Void, and even Bladerunner 2049. All made extensive use of multicolor “neon style” props thanks to the amazing progress in light quality. 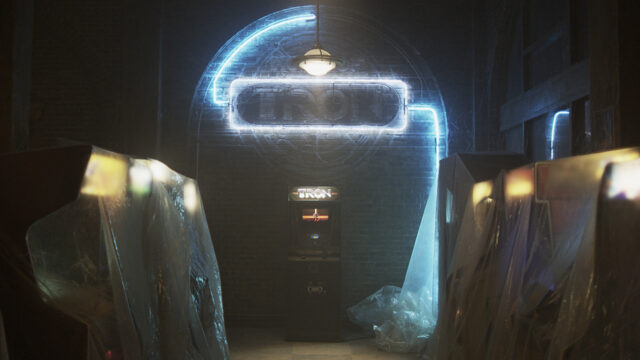 A frame from the movie Tron: Legacy

Effect on the audience

Neon style lights immediately make a scene interesting, with bright and colorful points of interest in the background and also help in telling the story. For example, neon style lights are often used to create a “Japanese look” ( i.e. a really colorful environment mainly lit with neons ), a futuristic look, or a surreal one.

I used some Q-LED lights from Quasar Science recently in a short film to light an entire fighting scene. I can’t tell you how much it sped up our workflow and enhanced our possibilities. You just place the lights in the scene, switch them up ( they are battery powered ) and dim them and you’re done. Your scene could be violent, a creamy beauty look, or a colorful street at night in an unknown city – the job will be done easily. 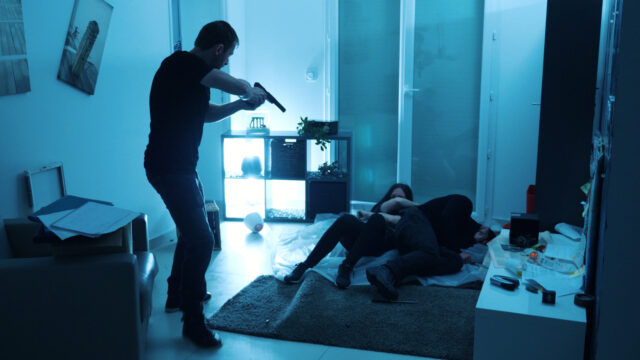 A frame from the short film “Ryan” directed by Benjamin Simon & Florian Michel. I only used 2 Q-LED to light an entire night fighting scene.

How you can apply it in your field

What we can learn from this is that “neon style” lighting can be used pretty much everywhere.

In front of the camera: 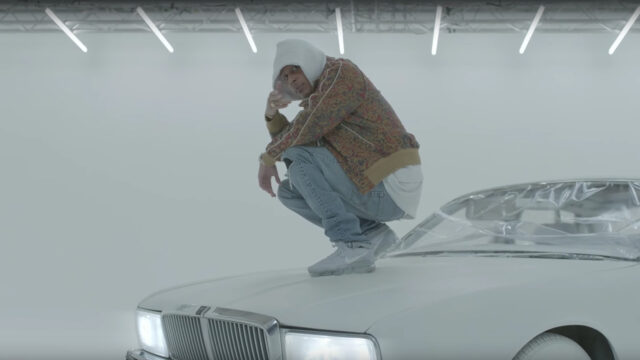 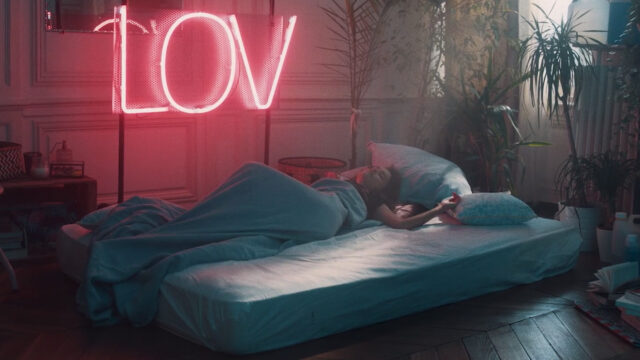 With camera sensors becoming more and more light sensitive, neons style lights are gradually becoming more popular for every kind of production. In this article, I tried to cover a few ways you could use them, but there are a thousand more. The light industry is moving forward fast and we regularly see new, exciting tools being created, enabling us to unleash our creative possibilities.

And you, what kind of soft lights are you using on set? Did you already have a chance to play with “neon style” LED lights? Let us know in the comments below.