FUJIFILM has made an interesting announcement yesterday, unveiling the GFX 100Megapixels Concept – a mirrorless medium format camera with a strong eye for video. 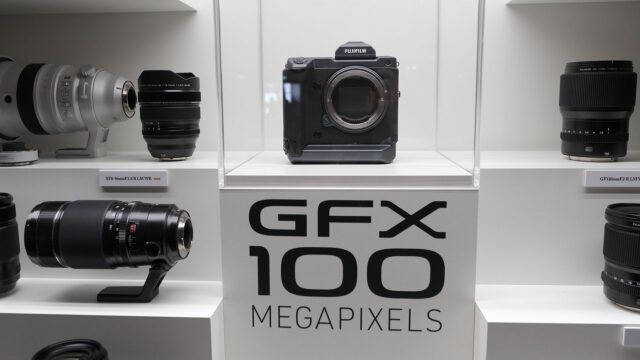 FUJIFILM has announced a new flagship medium format camera for their GFX lineup. The GFX 100 sports a 100 megapixel sensor (!!), first-of-its-kind IBIS, and 10 bit 4K up to 30p video recording. The price of the new camera will be around $10,000 and availability is expected during the first quarter of 2019. Also announced: The new GFX50R, the successor of the GFX50S. This new camera is noticeably smaller and lighter than its predecessor, aiming to capture the attention of street photographers. (The R stands for Rangefinder). When it comes to video capabilities, the camera is able to record in 1080p and we were told by FUJIFILM that the video quality is the same as the one found in the GFX50S. 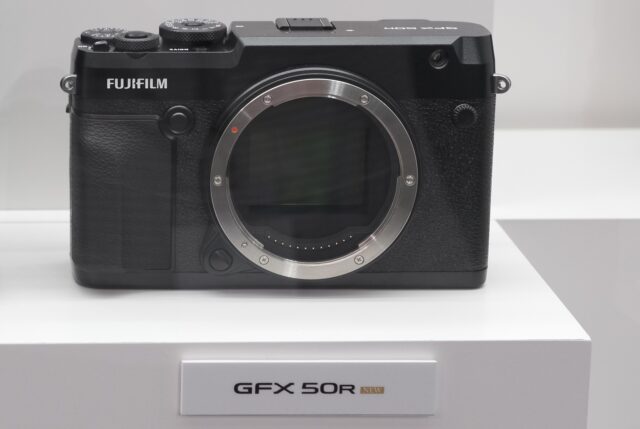 We don’t have the final specs for the GFX 100 yet, but we were told that the camera will record in 4K, 10bit, 4:2:0 internally with the ability to capture video in 4K, 10bit, 4:2:2 externally via HDMI. From the mockup we have seen, the body size of the GFX100Megapixel is rather similar to the 50S meaning, having a resembling size and weight of a large DSLR, like the Canon 1D C. Add the vertical handgrip, and the GFX 100Megapixel becomes bulkier, with its square body shape. 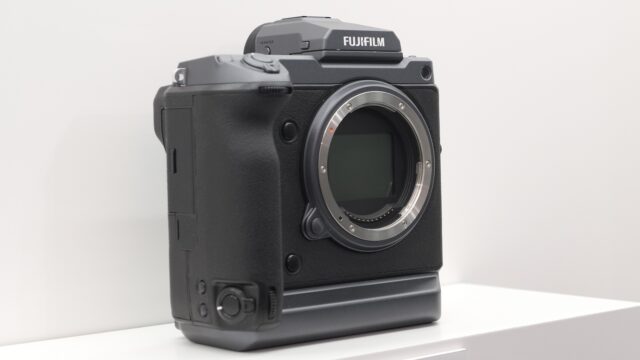 The sensor is roughly 1.7x the size of a full-frame sensor, creating the much wider field of view traditional in medium format cameras. But this massive sensor also comes with a few potential drawbacks: For example, we are really curious to see how FUJIFILM will handle overheating. We can only assume that recording time might be limited in order to avoid any overheating issues.

A large, high-resolution sensor will make every shake, stutter, and movement evident when shooting handheld. At 100 megapixels, that can become a major liability. Therefore, it is very exciting that FUJIFILM has – for the first time – introduced IBIS to medium format cameras. Combined with the body size and style, FUJIFILM is clearly sending out the message that this camera won’t just be cooped up in the studio. 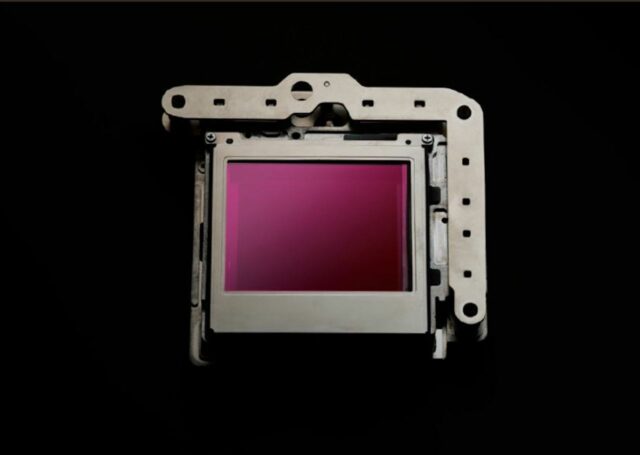 Behold the stabilized sensor of the GFX 100

This sentiment also echoes through their switch from contrast-detect to phase-detect autofocus. The new AF system covers 100% of the image sensor, which hopefully will dramatically improve accuracy and speed when compared to the GFX 50S and 50R. FUJIFILM says that this new AF system is inspired by the well-received X series. I can’t wait to see if it performs as well.

This is where this camera gets interesting for us filmmakers. The GFX 100 claims to record 4K, 30p, 10bit, 4:2:0 internally with the ability to capture video in 4K, 10bit, 4:2:2 externally via HDMI. That’s all we get for now. We don’t know if this is a full sensor readout or a cropped image, we don’t know if it is capable of F-log, and we don’t know if there will be slow motion options when shooting 1080p. Personally, I am cautiously optimistic that they will make an honest effort at catering to the video crowd. 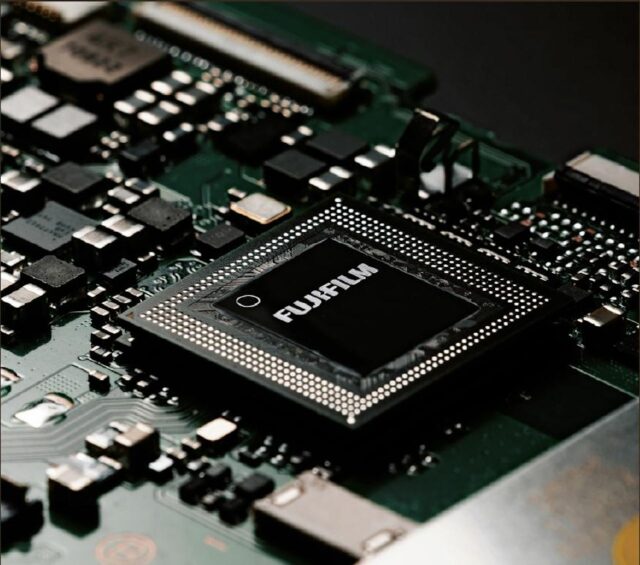 In a year when everybody under the sun – including SIGMA, of all people – is announcing a full frame mirrorless camera, it seems that FUJIFILM has decided to skip straight to medium format. I have a few theories as to why that might be.

1 – FUJIFILM believes that the trend towards bigger and bigger sensors will continue through full frame and right on past it. (They refer to the GFX as “super full frame”). In this scenario, they are laying the groundwork for a future that they see coming over the horizon, and maybe even encouraging it by integrating medium-format sensors with familiar body styles and feature sets.

2 – FUJIFILM believes that the full frame field is too crowded and they want to be distinct from others. Lens development is expensive and time-consuming. Canon, Nikon, and Sony deal in much higher volume and can therefore invest more in development. Owners of FUJIFILM’s APS-C cameras seem to be perfectly happy with the sensor size they have (FUJIFILM believe that APS-C is the best balanced system as you save 1/3 weight compared to FF), so why invest resources in a format that is going to get crowded?

So what do you think? Is Medium Format the next Full Frame? Let us know in the comments!