Earlier this year FUJINON introduced a new line of affordable E-Mount Cine Zooms made for documentary-style shooters. Here’s our FUJINON MK 50-135mm Review, where we take a look at the second of the two complimentary zoom lenses from FUJINON . 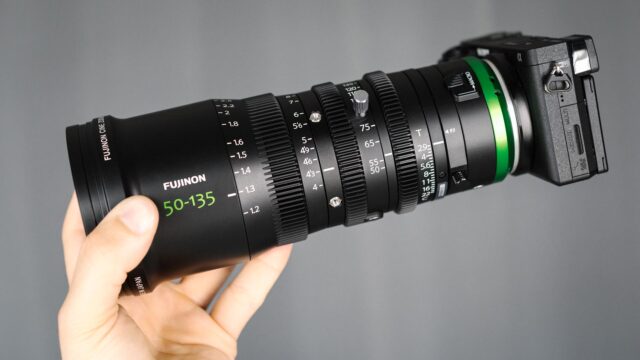 Featuring a non-breathing focus mechanism, par focal design and fully-geared focus, iris and zoom, I took this lens for a spin, after having already reviewed its little brother – the MK 18-55mm T/2.9 – earlier this year.

I recently tested the Sony 18-110mm cine style lens which is also a good alternative to the FUJINONs if you don’t want to carry two lenses and if you don’t mind that a lot Sony’s science is done electronically. Of course, the Sony lens is missing the 110-135 range, which admittedly will not be a huge tradeoff for many. The MKs are all-manual and in comparison to the Sony they also feature a constant aperture of T/2.9. This is great, especially because to me it seemed like they do look good wide open. 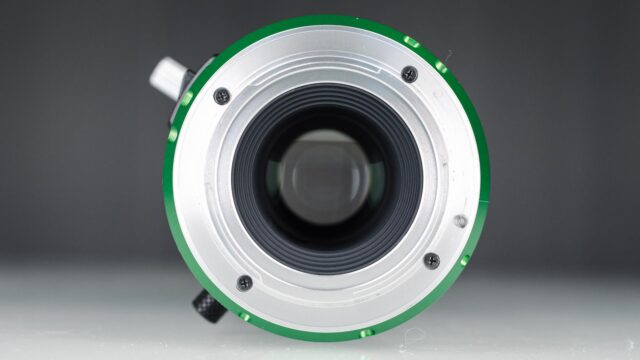 400% crop, upper right hand side corner. This is where the Fujinon performed “worst”. Even though the Sony looks better, with its electronic compensation, the Fujinon isn’t bad at all, exhiubiting almost no chromatic aberration.

In the shot above you can see the Fujinon MK 50-135mm T/2.9 on the left and the Sony 18-110mm F/4.0 on the right. This is the upper right-hand corner of a 4K image at a size of 400%. You can see that the FUJINON is slightly softer and the Sony is pretty sharp and clean with its electronic camera/lens compensation. However, the FUJINON still has a good image in 4K, minimal chromatic aberration and very little distortion. It’s a good lens. 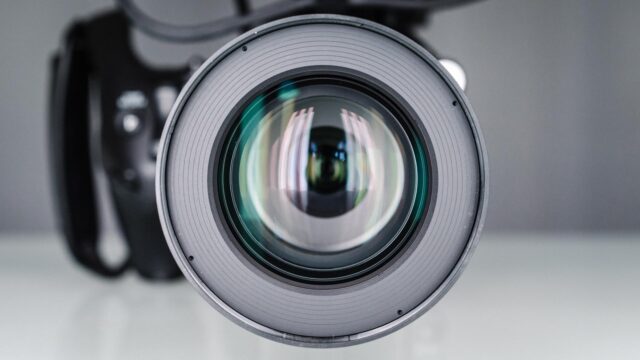 On the FUJINON MK 50-135 there are industry-standard pitch gears on focus, zoom and iris. It also features a macro mode and a way to adjust back focus manually directly on the lens. This assures that focus remains constant when you zoom in and out. 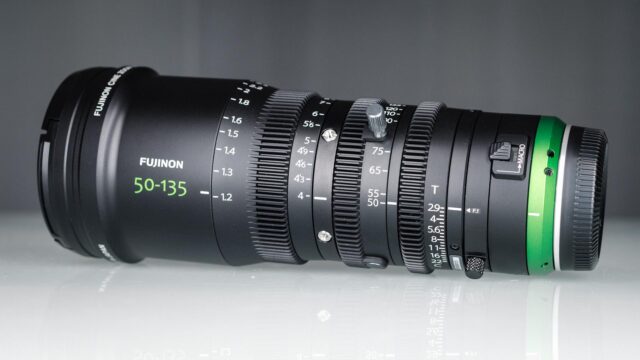 The focus throw is about 200° and the focus adjustment is rather stiff. This is fine when you’re using remote focus accessories, but if you’re a single operator then you should know that 200° is a lot and you might have a hard time focusing from one end to the other without a follow focus. 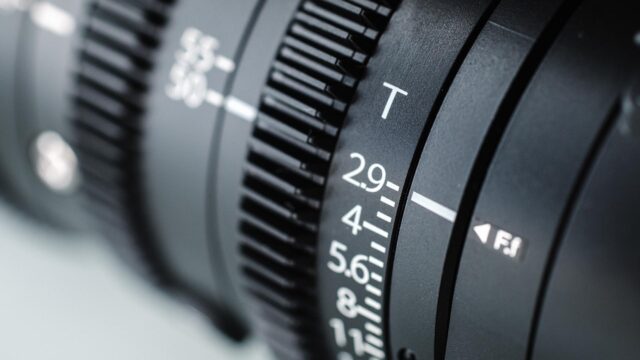 Also, make sure you get a lens support with the MK 50-135mm, as otherwise your shots will shake while you focus. Zacuto made one specifically for the Fujinon MK lenses! It’s called Zacuto Scissor Lens Support.

Another nice touch is that both lenses have the same weight, size and front diameter, which can be very helpful when working on a rig and exchanging lenses, or even when swapping the lenses on a gimbal or drone, so you don’t have to rebalance.

The Fujinon MK 50-135mm T/2.9 is a great all-round lens. It offers good optical quality and has a lightweight design and an affordable price for a cine zoom lens. For the entry-level filmmaker it will not be cheap, but in the context of cine zoom lenses there’s certainly nothing comparable right now. I would certainly recommend this lens, together with its little brother the MK 18-55mm. It’s a very good kit for documentary-style shooters, and currently there are not many other options out there that give you the same kind of video features on Sony cameras like the FS7, FS5 or even the Sony a6500. 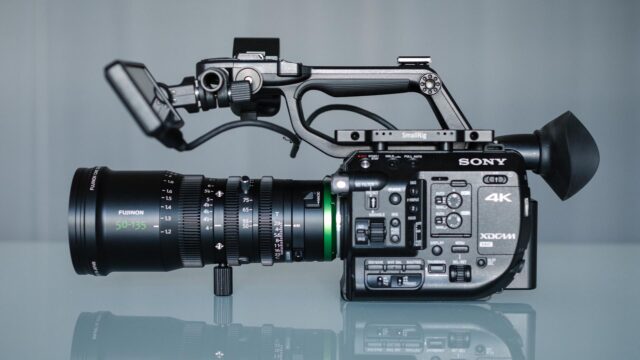 Unfortunately, this lens is only available for Sony E-mount. With the recent announcement of the Panasonic EVA1 and the Canon C200, it is a pity that the FUJINON MK lenses are not available for Canon EF right now. Let’s see if this will change in the future.