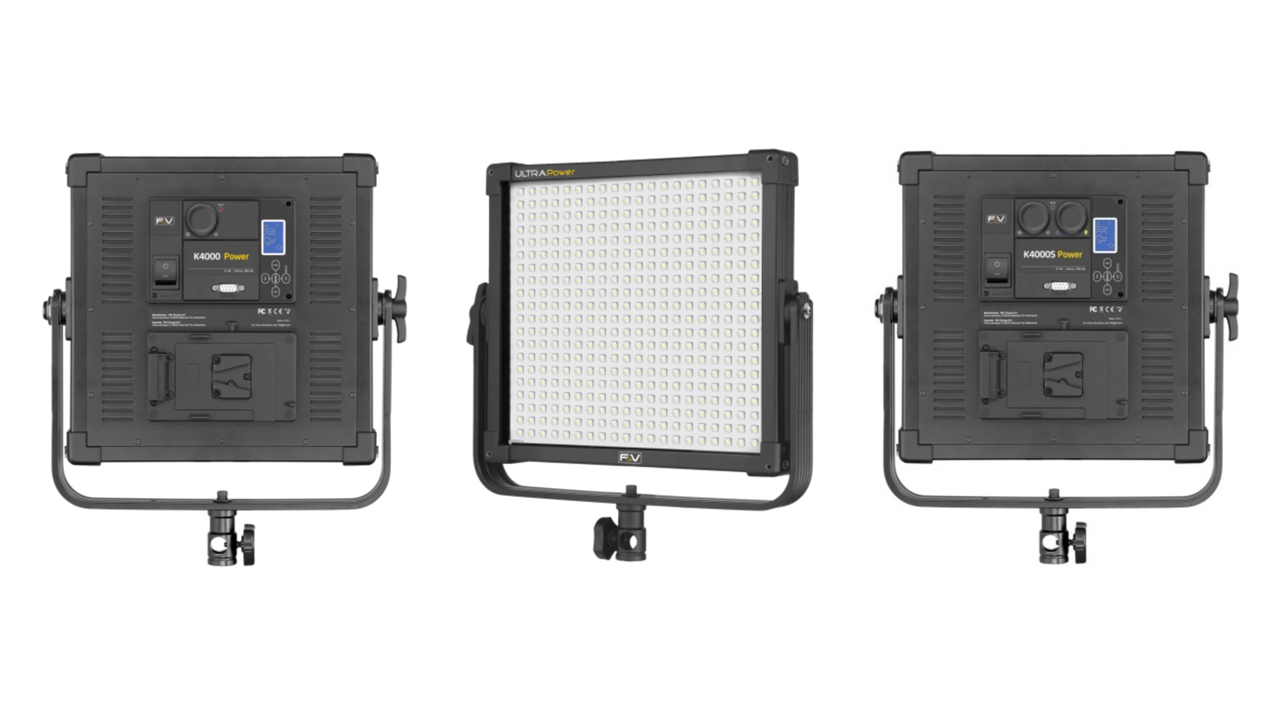 F&V has announced a new set of high output 1X1 LED Panels. The K4000 Power and K4000S Power are a Daylight and BiColour fixture that offer 3 times more power than their predecessors.

The new 1X1 fixtures focus on redesigning a faster and more efficient accessory line, as well as tripling the light output of previous fixtures.

Both get an updated and improved yolk, that receives both spigot standards; 16mm baby pin at two angles, plus 28mm junior once you’ve remove the tightening pin – nice.

The real USP of the new fixtures is the power. F&V quote the output is now triple that of the previous line (we’ll talk specific stats in a sec).

As well as the extra power comes a new line of accessories.

The KS-1 softbox gets the most mention – not only offering a larger fascia for a softer cast, but the internal reflective walls act as an intensifier that can further increase output when the front diffusion is removed.

Various barn doors, 30 and 45 degree honeycomb grills and some rear modules make up the remaining accessories.

Said rear modules include DMX, Wifi with dedicated controller, and wired dimmer (the one compatible with existing F&V panels).

F&V state the new panels are X3 more powerful than their previous panel, then up to X4 with the KS-1 intensifier. It’s hard to get an idea of what that computes to in real life, so I brought up some info on the industry-standard Litepanels Astra for comparison.

Comparing the output of Astra and K4000 Power at 3 metres (as this is the only distance data both lights have in common), The two new F&V panels sit between the two current Astra models.

When you take into account the F&V panels are around 30% cheaper, this could make them an interesting proposition for sure.

The F&V K4000 Power and K4000S Power are available right now, you can buy them individually but previous lines suggest a 3-set will become available soon. I’ve added links for the KS-1 softbox kit below also.