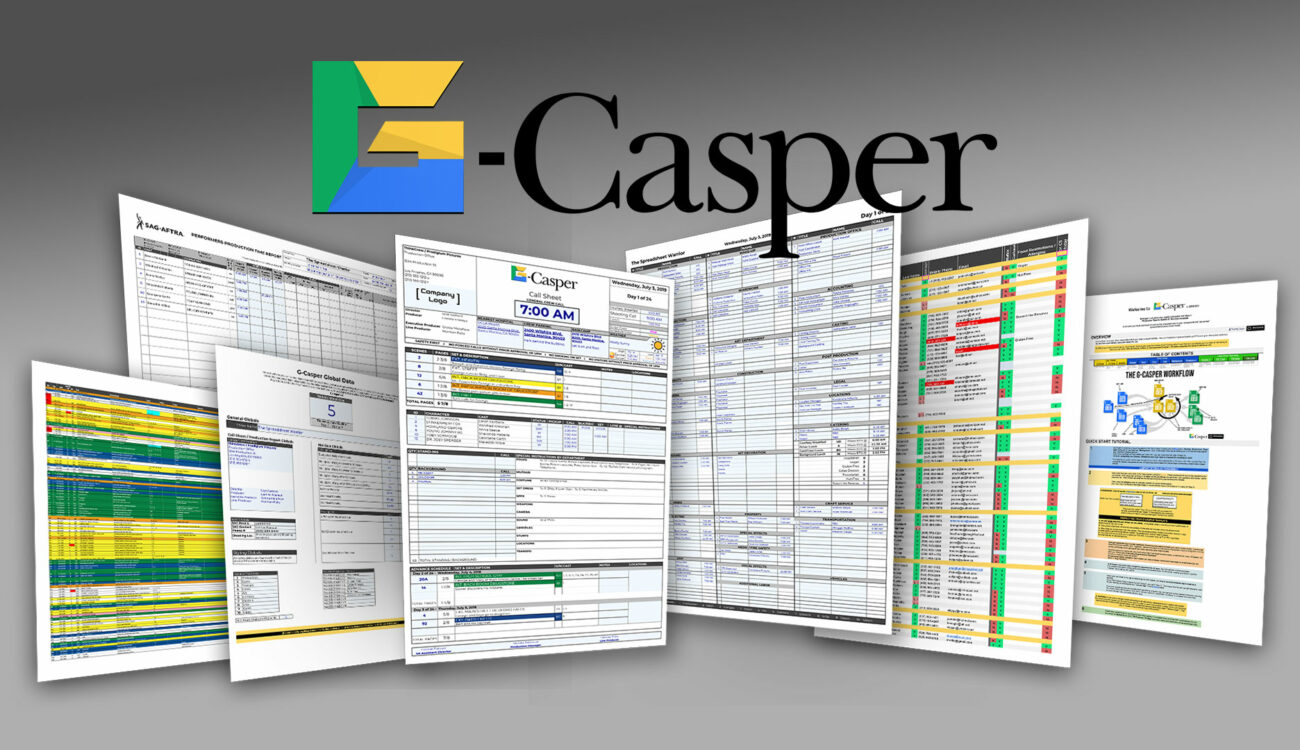 G-Casper is a new and upgraded version of the call sheet creator Casper. It is now cloud-based and ported into Google Sheets, offering many new features to automate most parts of the process and reduce human error. The G-Casper is open source and available for free. 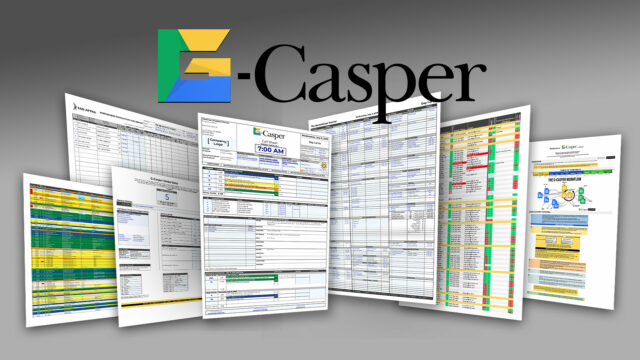 For larger productions, a call sheet is more or less the alfa and omega of the whole planning and shooting process. A well-written call sheet makes sure that the shooting day happens according to plan and every crew member or extra knows where and when they are supposed to be, and what is going to happen. Various tools to ease and automate the process of creating call sheets have been out there for years. Back in 2016, we took a closer look at the online platform Studio Binder, which was aiming to do exactly that. Another example of a call sheet creation software is Casper from ThinkCrew. Its newest version, called G-Casper is now ported into Google Sheets. What exactly is new?

The original Casper – a tool for creating call sheets based on Excel – was created by ThinkCrew in 2013. It has now been upgraded and ported into Google Sheets by Prodigium Pictures, a production company based in Los Angeles, which is how G-Casper was born.

The G-Casper comes with 30 new features and 20 new error trackers to increase efficiency when making call sheets. It offers live-synchronized, cloud-based call sheets, cast & crew lists, production reports, exhibit G’s and more. The best thing is that it is open source and free of charge. 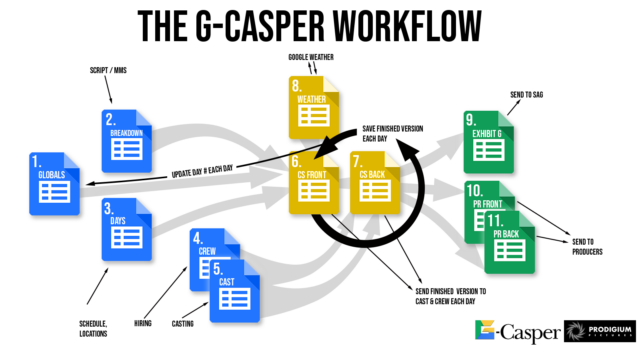 As call sheets are sometimes being written (or updated) under time pressure and after a long and stressful day on set, human errors can easily happen. A crew member or actor may get called too late or too early and an unpleasant (and sometimes cost-adding) situation can occur. To lower the chance of human error, G-Casper has a feature called Error Warnings. It controls the call sheet for missing or unusual data and tells you if it finds something suspicious.

G-Casper automates as much as possible to avoid having you re-write the same columns over and over. It auto-fills scene info based on scene number, which was one of the features in the initial Casper. Sunrise/sunset/dawn times are all added automatically, based on the shooting location and date.

Other examples of automation would be: 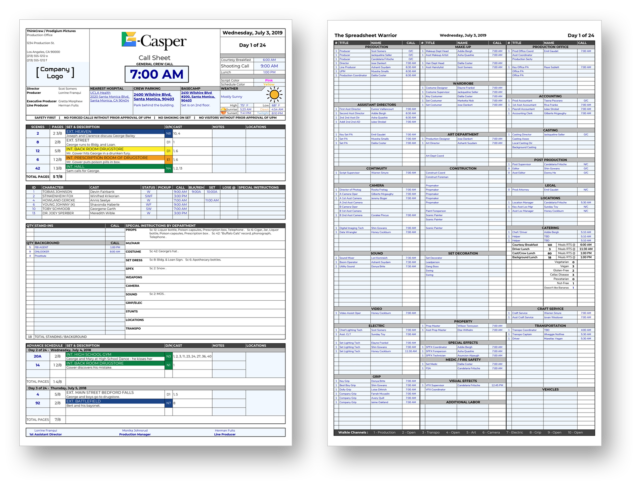 Thanks to its Google Sheets integration, G-Casper supports cooperation. A production can check in on the AD department and vice versa. Daily Production Reports are created dynamically, based on the call sheet, leaving space for manual corrections.

G-Casper has a full shooting schedule to plan ahead with, so locations and parking spaces can be determined before the time has come. It works for up to 300 people on set and there is a low-ink mode for printing call sheets directly on set, too. You can download G-Casper and start using it by clicking this link.

Do you write call sheets often? Which tool do you use for them? Do you have experience with Casper or G-Casper already? Let us know in the comments underneath the article.