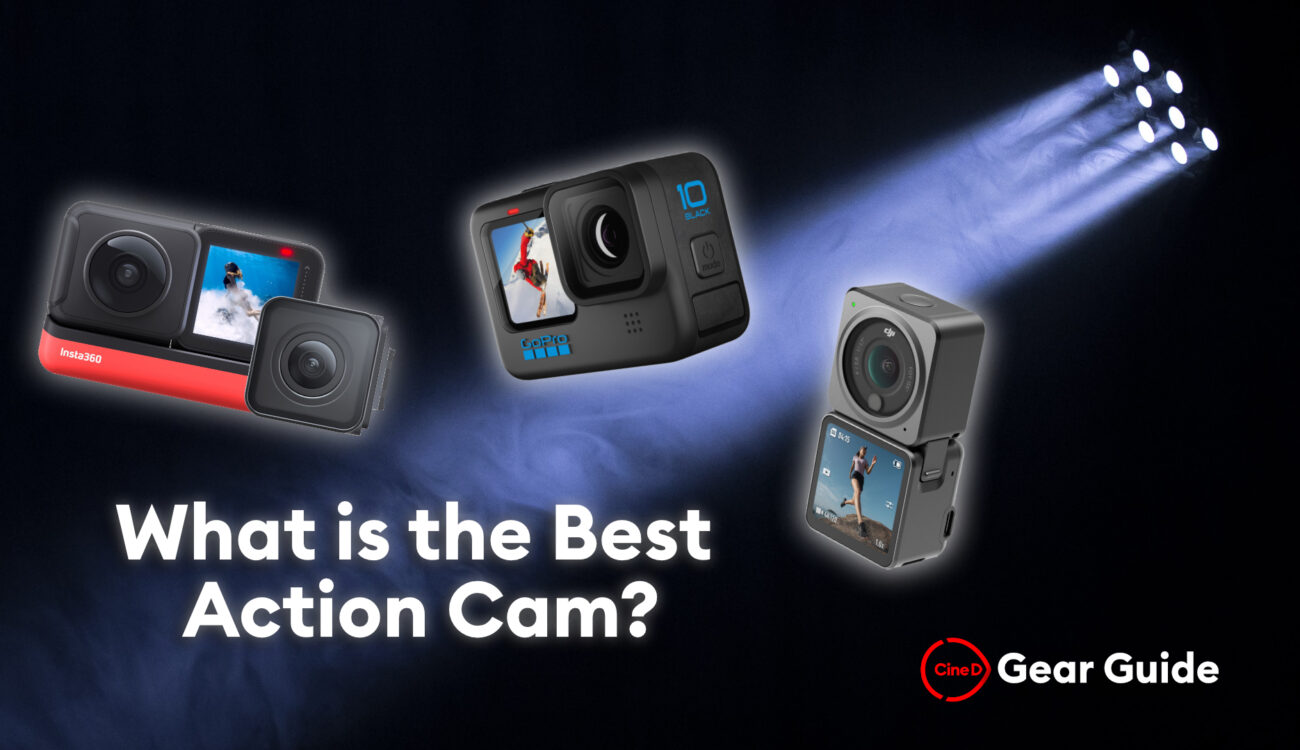 You’re a filmmaker. But you don’t want to lug around all your gear all the time, especially during your leisure time? Then action cams are just what you need. Modern action cams offer a considerable feature set and image quality relative to their compact size. Our Gear Guide on the Best Action Cams will help you make the best choice for your needs.

The term “action cam” was coined with the release of the original GoPro HERO HD in 2012 (although there were earlier models – Wikipedia). From then on, it’s literally been a roller coaster ride. Today, you have an almost unlimited variety of so-called action cams at your disposal.

And it doesn’t stop there: time-lapse, 360° video, advanced digital stabilization, modularity, dual camera – there’s a camera for every need. They all (at least most of them) have the typical features of action cams: waterproof, robust, small, lightweight and relatively inexpensive. You can use them for surfing, cycling, diving, as a crash cam, or for any other reason when you need a small and versatile camera.

Our Best-of-Action-Cams Gear Guide doesn’t list myriads of different action cams, that would be pointless. We have only selected the best ones from different categories or with different features. Of course, not everyone needs the latest and greatest model, but again, it would have been pointless to list cameras from the last generation, unless the new generation offers nothing substantial new (which is rarely the case) or the last-gen model is significantly cheaper but still capable.

Versatility comes first, image quality second, though of course these cameras improve over time in this regard as well. Nowadays, you can get pretty solid results with these tiny cameras.

Personally, I consider these tiny cams to be “disposable” devices, but not in an environmentally harmful way. Rather in the sense that typical camera equipment costs a considerable amount of money, so you want to refinance it pretty quickly in the form of paid gigs. The asking price of an action cam, on the other hand, is much more wallet-friendly, so you can get one without a dozen confirmed jobs on your calendar.

That’s why action cams are both: fun devices and filmmaking machines. And that’s neat, I’d say! Head over to our Gear Guides here and check out the action cams section.

What do you think? Are action cams a permanent part of your gear bag? Which one would you pick – and for what reason? Share your thoughts in the comments below!