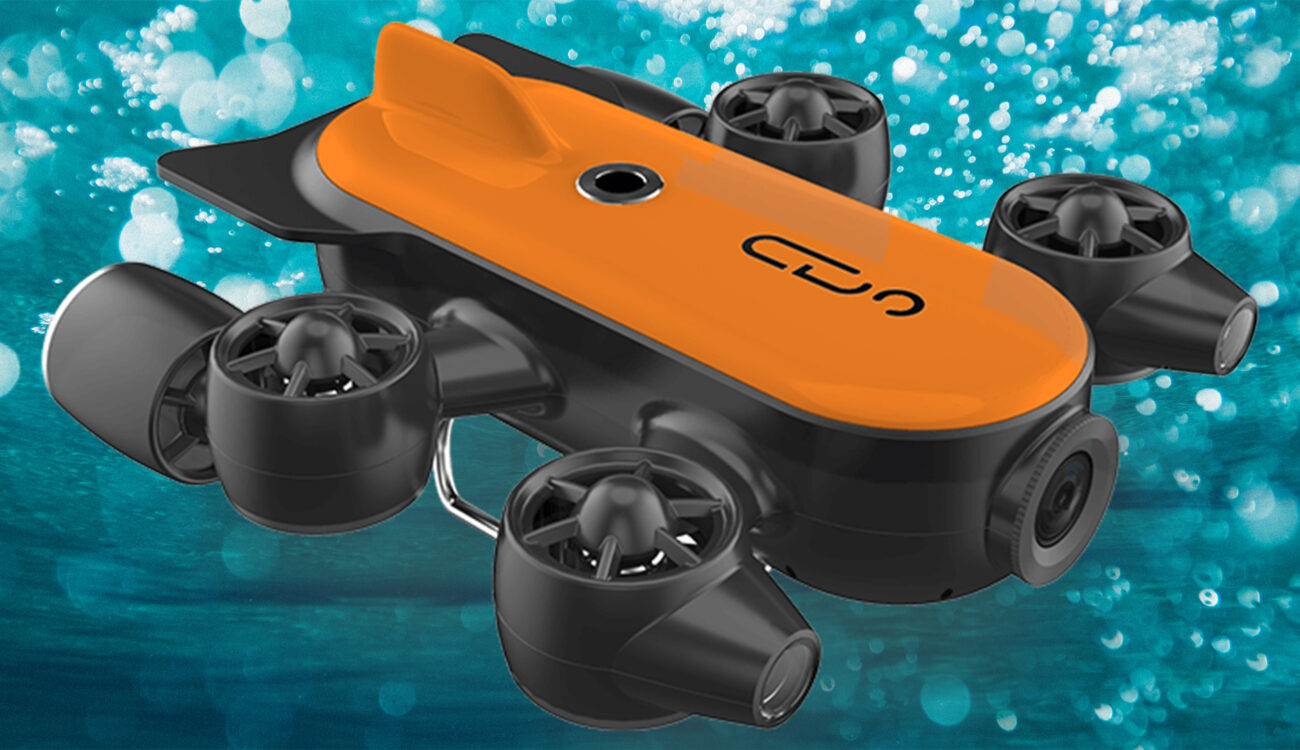 Everyone loves drones because you can take fantastic aerial shots with them, hassle-free. But what if you don’t want to go up in the air but deep into the ocean? Meet the new Geneinno Titan underwater drone which will soon be launched over at Kickstarter.

The Geneinno Titan is an underwater drone that dives to a depth of 150 m (almost 500 feet), which is quite impressive because it is exposed to a water pressure of up to 15 bar down there. It also sports a 4K camera and two powerful (1000 lumen each) headlights.

Geneinno was established in 2013 and one of their flagship products was the Poseidon underwater drone. Now they’re back with a new kind of drone, the Geneinno Titan, which will be launched through a Kickstater campaign by the end of May 2018.

This new drone sports 6 thrusters which enables the Titan to move at a max speed of 2m/s. It can also rotate freely in a full 360° circle. The 8MP camera features a 160° wide angle lens and it shoots 4K. Unfortunately no more details about the codec, the bitrate and the sensor are available yet.

In order to control the drone, which is achieved by using a wifi connection, a accompanying buoy is connected by cable to the drone itself. The buoy floats on the water surface and sets up an ad-hoc wifi network to which you connect via iOS / android tablet or smartphone.

With two optional handgrips attached to the smart device (connected via bluetooth) you can control the Geneinno Titan even if its 150m deep. The buoy provides you with a live image from the drone and you can control the camera and the Titan itself from the comfort of your sun bed. No bulky diver’s suit required.

There is not much intel on the drone’s features, yet. At least no real facts, just a few buzzwords such as 4K, 150m, and live stream. Yes, you’ll be able to stream your diving trip straight to social media (in 1080p) if your cell reception at sea is sufficient, of course. If not, you’ll have to make do with the pool party in your backyard.

If you don’t want to stick to your phone or tablet you can also use a VR goggle to fully immerse into the sea with the Geneinno Titan.

The Kickstarter campaign will launch at the end of May. There’s still no word about pricing yet but the predecessor of the Geneinno Titan, the Poseidon, costs about $1,700 (€1,400), so expect a similar price for the Titan. Geneinno promises, however, that Kickstarter backers will get up to 50% discount.

But remember: Kickstarter is not a shop and you don’t buy things there. You simply support the manufacturer with your money and as a benefit –if everything goes smoothly– you’ll get the final product at a discount.

Share your thoughts about this new underwater drone in the comments below!