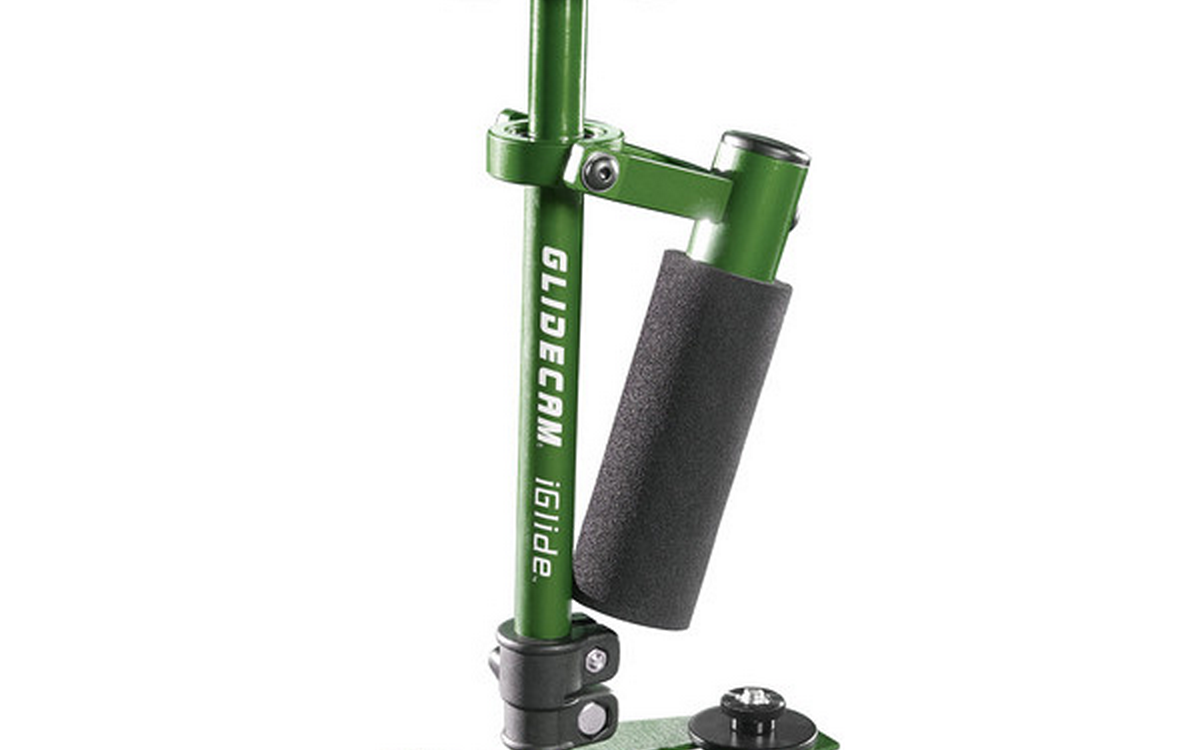 Here’s an interesting and slightly overlooked product, the Glidecam iGlide. A handheld stabiliser for compact cameras weighing up to 14 ounces.

It was announced earlier this year, but in anticipation of the Black Magic Pocket Camera released later this month, and off the back of the huge EOS M price cut (last chance today!), ultra compact cameras seem to be flavour of the month.

It works the same way as a conventional glidecam, using a 360 gimbal and counter balancing the weight of the camera with the under sleigh.

The name iGlide and choice of colours make a clear statement as to whom it’s targeted at; the consumer market using ultra compact cameras.

However, with careful lens selection (and it really will have to be careful with some cameras!) it would accomodate a Black Magic Pocket Cinema Camera, Sony NEX compacts or the Canon EOS M. Serious users with larger lenses may prefer the Glidecam XR1000, which has a payload of 0.5-3 lb (0.2-1.4 kg)

It’s sure to be a popular device with GoPro owners also, and is currently selling for $150 at B&H, It comes in black, green orange and blue (sorry girls, no pink!).