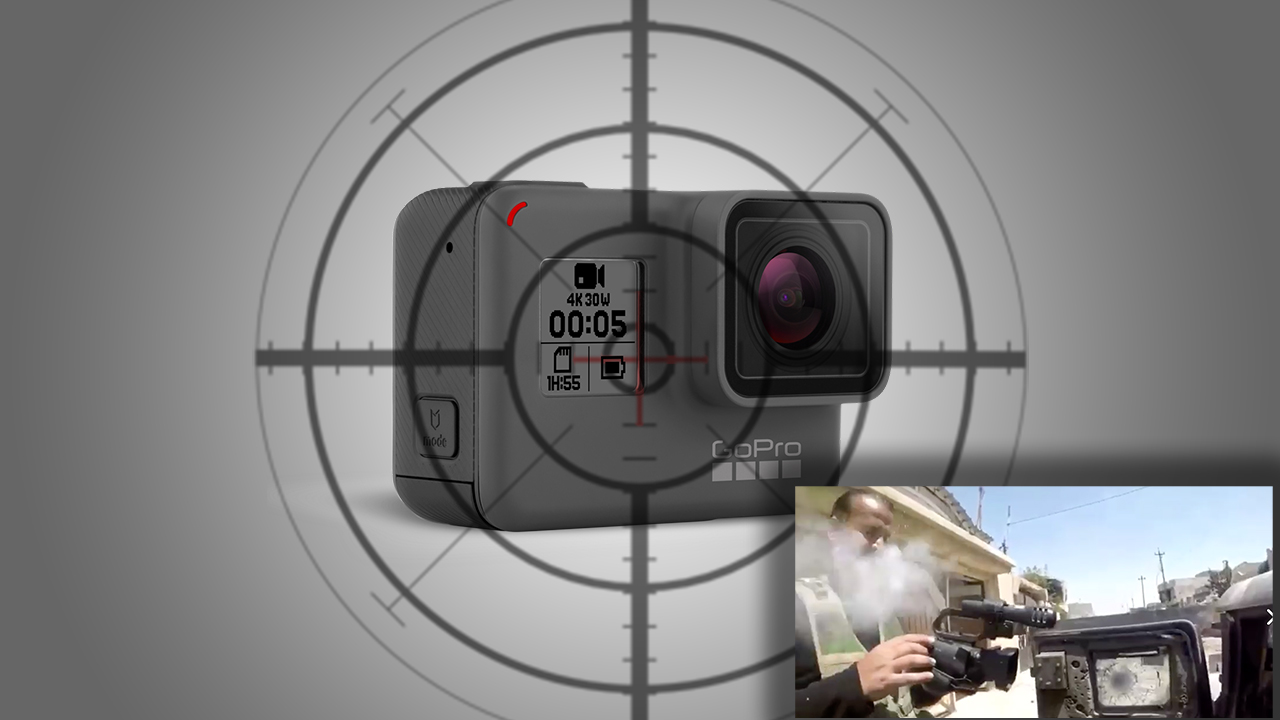 Journalist Ammar Al Waeli is very lucky. While on assignment for Iraq’s Afaq TV in Mosul a sniper bullet almost hit him in the upper torso, but a simple GoPro saved his life. Video of the harrowing experience is below:

The bullet strikes Ammar Al Waeli’s GoPro mounted to his body armor at 0:17 and completely disintegrates the camera. CNN is reporting that he was uninjured during the encounter. The Iraqi city of Mosul has seen heavy fighting since late 2016 as the Iraqi military has attempted to regain control of this major city from ISIS fighters.

Other photojournalists from several other news agencies have been on the ground reporting from Mosul over the last few months. Journalist Gabriel Chaim captured the devastation from the air using a small drone. You can view his footage HERE.