Gudsen, maker of the MOZA line of gimbals, recently announced significant updates to their gimbal lineup, releasing the MOZA Air 2 and announcing the MOZA Air X. The MOZA Air 2 is a single hand pistol grip style gimbal with an updated payload capacity, whereas the the MOZA Air X promises a more versatile approach to two handed gimbals with high payload. Let’s check them out.

The MOZA Air 2 follows the MOZA Air with an updated design and higher payload capacity, as well as new features. Where the original MOZA Air was designed along the lines of a more traditional single hand pistol grip gimbal and topped out at a payload of 3.2kg / 7.0lbs, the updated MOZA Air 2 can carry anything starting at 0.3kg / 0.7lbs up to 4.2kg / 9.3 lbs. The gimbal is also designed to leave the view on a mirrorless camera’s backside monitor unobstructed, placing the roll motor at an angle, similar to what the DJI Ronin-S does. It achieves this, coming in at only 1.6kg / 3.5lbs including the batteries. Based purely on manufacturer specs this means it beats the DJI Ronin-S on a weight-to-payload-ratio basis (1.85kg to 3.6kg / 4.1lbs to 7.9lbs). Of course this kind of manufacturer-provided specification should always be taken with a grain of salt and rather subjected to testing. Among the cameras Gudsen declares as supported are some larger cameras, most notably the Sony FS5, Canon 1DX MarkII or the blackmagic cinema camera. 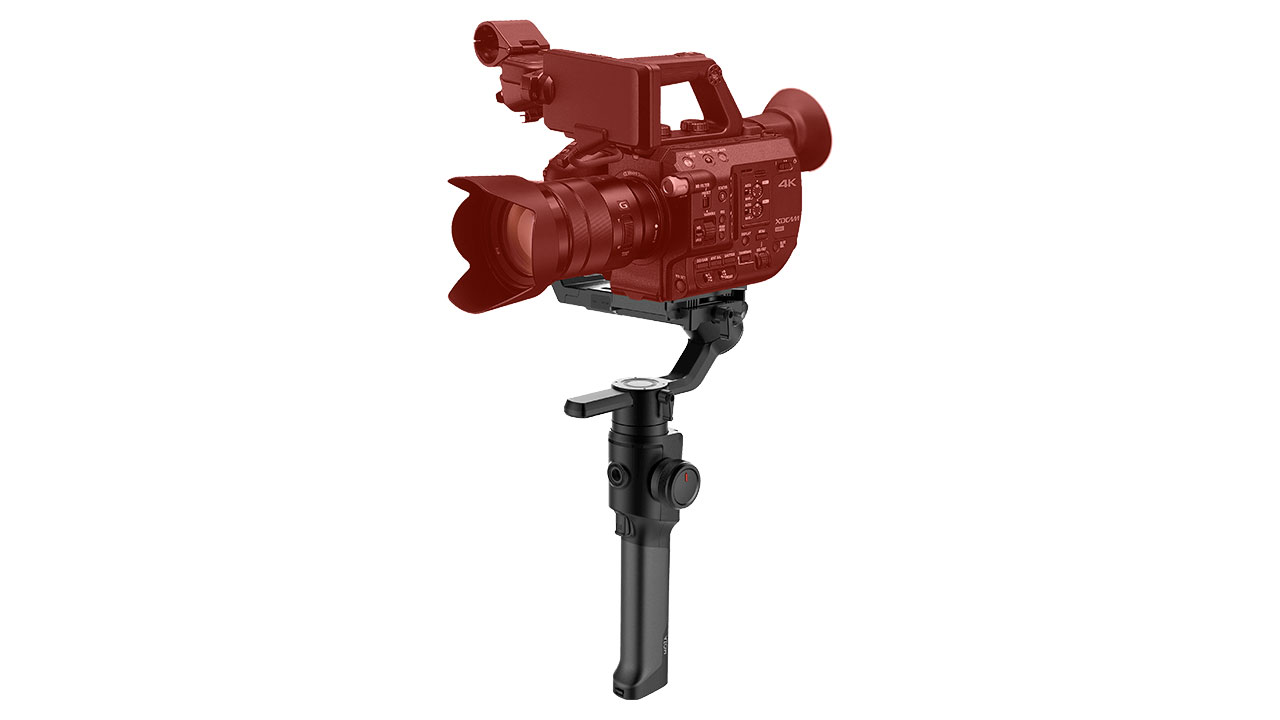 The MOZA Air 2 sports a pistol trigger on the grip, a focus wheel on its left side, while the joystick, monitor and 4-way-dial with two additional buttons, as well as a record button are placed on the backside of the grip, for easy access using your thumb or other hand. Slightly above the pistol trigger, the MOZA Air 2 has a mini rosette attachment, the grip’s bottom on the other hand provides two screw threads, one 1/4″-20, and one 3/8″. Cameras are mounted with a Manfrotto-compatible quick release plate.

The power situation is also quite well handled here, with a battery life of 14 hours, and the ability to charge the gimbal via USB while operating. Additionally the MOZA Air 2 has a luxury 3 USB power outlets. Charging time could be faster though, at 5 hours.
Software-wise the MOZA Air 2 supports 8 follow-modes ranging from all-axis, to single axis, two-axis-combinations and all-locked. It has a “Sport Gear Mode” for quick whip pans and a so-called “Inception Mode” which looks like a combination of a 360° roll with a zoom and also motion timelapses. As is to be expected the MOZA Air 2 works with all MOZA accessories like the MOZA iFocus or the Wireless Thumb Controller.

Now the MOZA Air X is an interesting one. Similar to the Zhiyun Crane 3 LAB & WEEBILL LAB it departs from both the traditional one-handed pistol grip gimbal, as well as the two-handed design of the original Ronin. Rather it tries to achieve something more modern, modular and flexible, while also retaining a high payload capacity. So here are the most important specs that we know, as the gimbal has only been announced and is expected in the first quarter of 2019:

The most interesting thing however is the body design itself. It consists of the gimbal itself, which despite the two-handed design is positioned upright, similar to the MOZA Air 2 and the DJI Ronin-S. The actual grips however can be configured to a multitude of different positions in relation to each other. If you want to set the gimbal down, the main grip, the one that houses the detachable thumb-controller as well as the other controls, will function as the third leg of a tripod of sorts, with the front grip splitting up to provide the other two legs. Additionally the main grip, can be rotated 180° so the handle faces up, opposite second grip, which in turn can rotated longitudinally around its attachment. 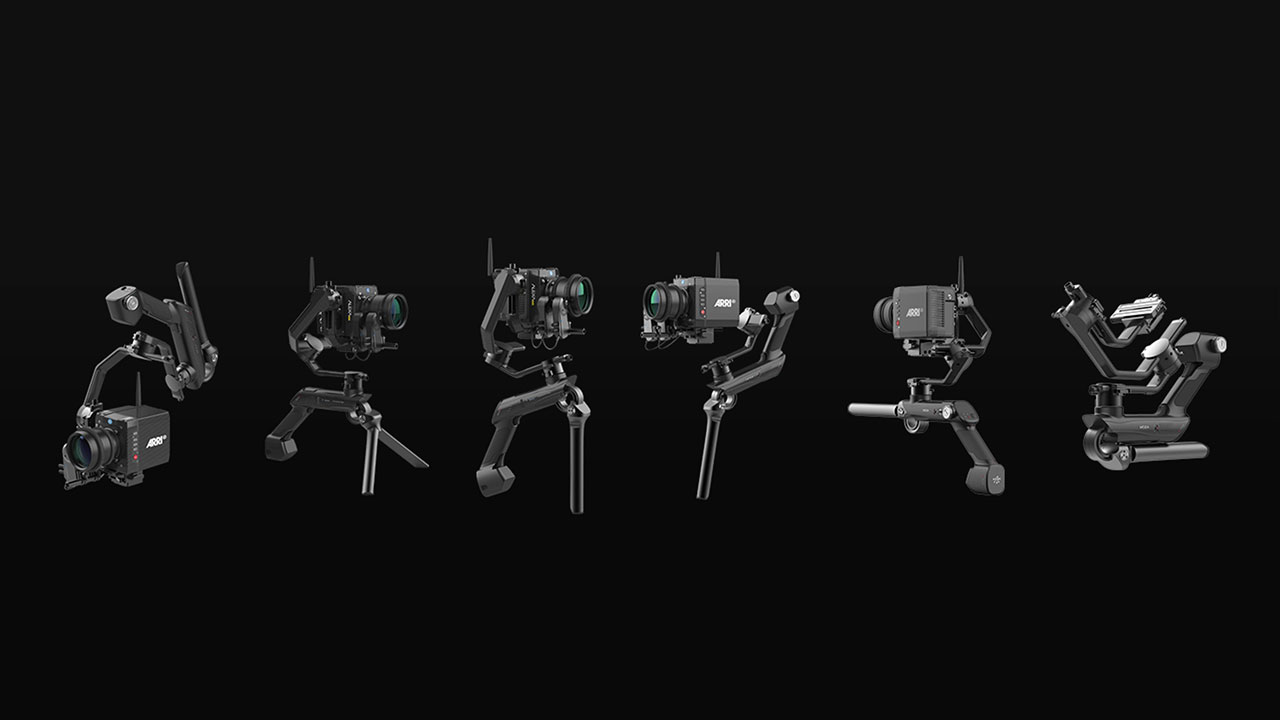 This allows for a myriad of configuration options, either holding the gimbal upright, tucking it against your torso or even using it one-handedly in briefcase mode. Also the gimbal can be folded up pretty into a 17″ wide package for easy transportation – all you original Ronin owners out there, rejoice! Gudsen is also teasing a slider attachment for the MOZA Air X, effectively making it into a full motion control solution. 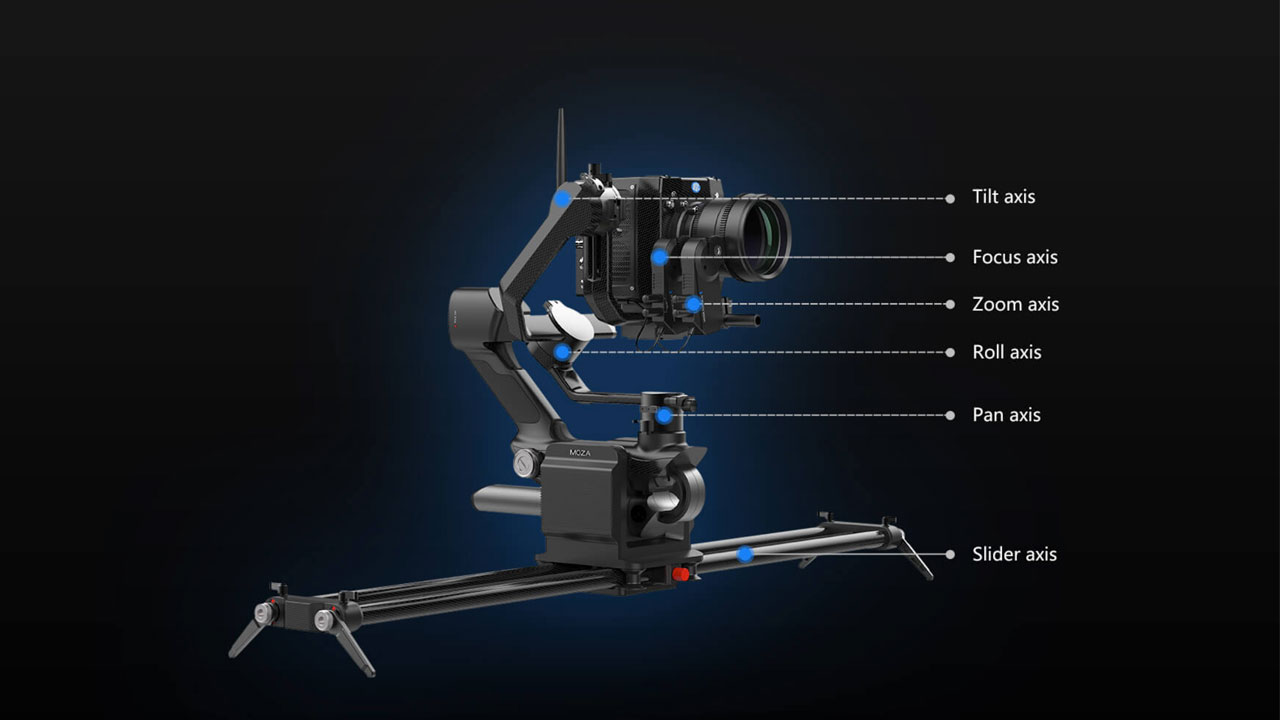 Of course all of this remains to be tested when it’s actually out, but the MOZA Air X promises to be a pretty groundbreaking improvement as far as medium payload gimbals go.

So what do you think? Are you interested in the new MOZA Air 2 and MOZA Air X gimbals? Which one has you more excited? Let us know in the comments!