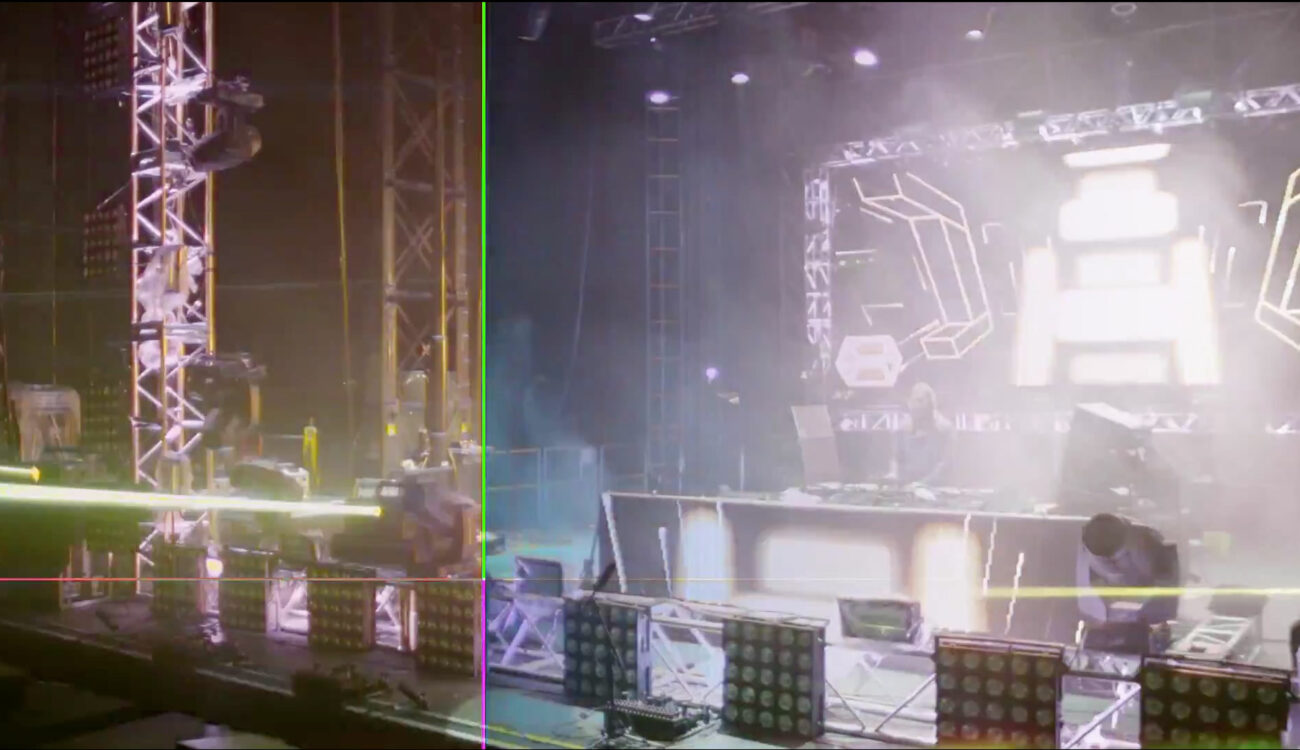 I know a lot of people who shoot a lot of concert shows without knowing about the danger of laser arrays for their cameras. Lasers are extremely focused beams of light that can result in serious permanent damage for image sensors, they simply can’t handle it (in fact, our eyes also can’t handle it, but cameras are unable to blink unlike we are!)

Check out this video and watch a Red Epic sensor being fried, POV-style. Dr. Evil would rejoice.

(the original video posted here was removed by the user on YouTube. I replaced it with another video of an Epic being fried at another concert.)

Before and after picture of one of the videos (frame grab, video now offline): And if that’s not enough for you, here’s a Canon 5D Mark II being roasted at another concert in the past: