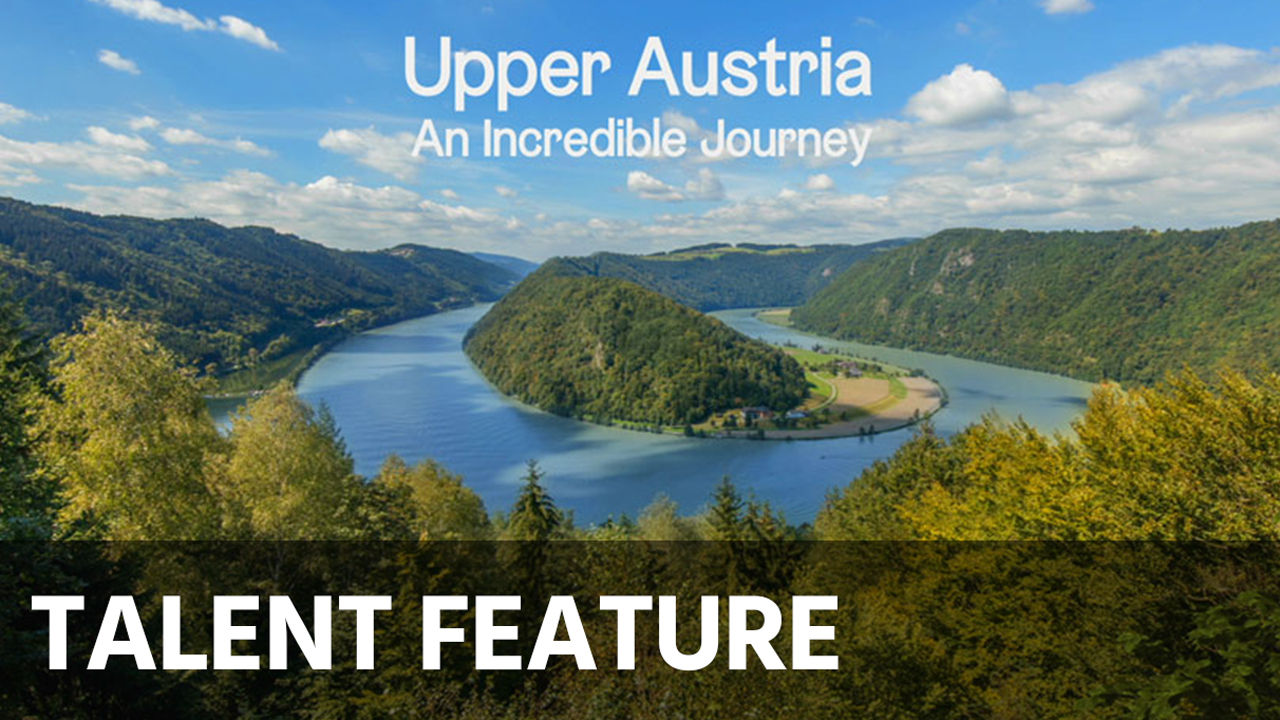 HyperZoom inventor Geoff Tomkinson was the first person to start producing digital time-lapse before the advent of DSLRs, and several of his videos have been selected as Vimeo Staff Picks. His technique incorporates hyper-lapse, impossibly long zooms and hidden transitions with the use of layers in 3D space in After Effects. Read on for all about HyperZoom in this guest post from Geoff himself! 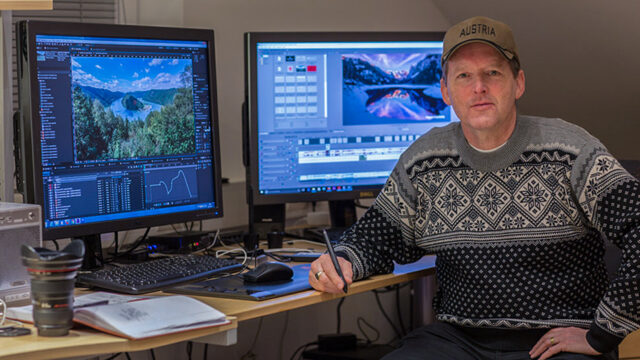 During my time as the only full-time professional time-lapse shooter producing stock material for ImageBank Film – then Getty – I developed a number of skills. These included everything from how to achieve smooth day to night transitions with smooth colour balance change working with only JPGs as Raw was not then available, to how to build an intervalometer. Most importantly, I learned the ability to use nested resolution comps to enable extreme zoom without the need for expensive zoom lenses.

While teaching an After Effects-based time-lapse class in Istanbul, my audience was blown away by a zoom-out shot that started on an ant on a leaf and ended several miles away across a lake in New Hampshire. I realized then that perhaps I should put some effort into a project I had been thinking about for a while, whereby I would effectively be able to ‘travel’ with the zoom. That’s how the HyperZoom technique was born. 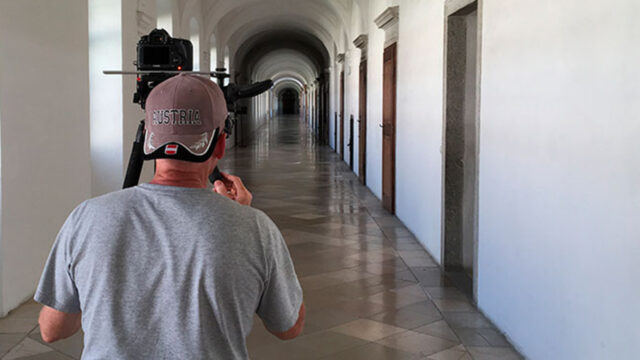 HyperZoom is a suite of techniques, both in the way the footage is shot and in the way it is post-produced. The goal is to make a virtual seamless ‘flight’ through a series of locations. These locations could be in their real positions or they could be many miles apart and made to appear as if next to each other.

What’s paradoxical about these videos that feature a huge amount of movement is that for the most part the rule is to not actually move or zoom the camera during capture, as most of the movement is produced in virtual 3D space. The exceptions are when I use hyper-lapse or rotary head shots as part of the sequence, but these camera-moving techniques should also fit in seamlessly with the virtual movement so there is no loss of visual continuity. 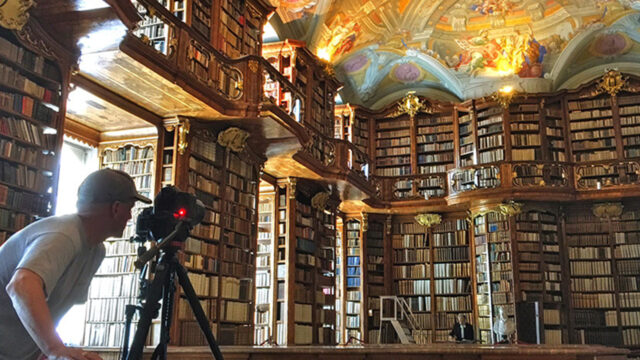 But why does HyperZoom work? When we look at a photograph of a car for instance, the only way we can tell if it’s a toy car or a real car — if viewing the scene from a single viewpoint — is to move the viewpoint itself and see what happens to the parallax shift between the car and its surroundings. If we shoot the scene as a series of layers related to their depth positions within the scene, we can reassemble these layers in 3D space in post-production.

This separation of every scene into depth layers means that editing cannot be done in a conventional editor like Premiere or Final Cut, using After Effects instead in order to move a virtual camera to navigate the layers. The nature of this reassembly means that some scenes also require extreme rotoscoping work.

The Making of Upper Austria – An Incredible Journey

We were approached by the Upper Austrian Tourist Board back in January 2016 to use our HyperZoom technique to produce a seamless flight through a series of selected locations throughout Upper Austria.

For this project, we produced a storyboard and flight plan that would enable us to smoothly pass through all the locations with no cuts. This involved us traveling all over Upper Austria to recce the locations and decide, shot by shot, how we would proceed.

I needed to be sure I could escape from any given location by flying over the horizon. This meant adding more capability to the system so we could fly over mountains and through trees. I was pretty confident I could do this, and the technique developed and improved as the project progressed.

It’s very important with a production like this to maintain a consistent lighting angle as the camera passes between and through scenes, and that sky conditions match from one scene to the next. We used the fantastic PhotoPills app to enable us to accurately plan shooting angles, times and date ranges that would work for us. 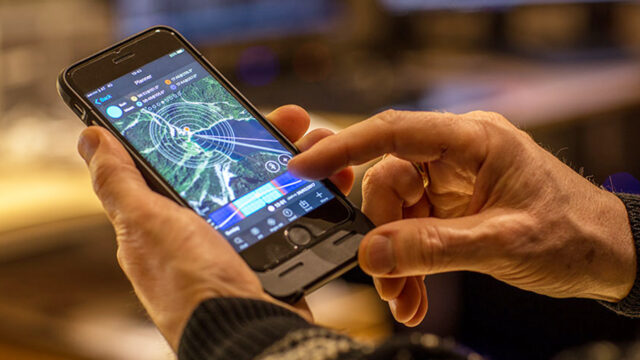 The big problem with shooting a video that covers several seasons and hundreds of square miles is always the weather. The sequence order of the locations is often dictated by the particular situations, as we always have to have an entry and exit technique that blends seamlessly with what goes before and after. That’s why post-production is often handled in out-of-sequence sections, and integrated with other sections once they have been shot. This actually makes post-production even harder as we cannot just proceed in a linear fashion through the video.

That said, one thing I spend a lot of effort in explaining to clients is that changing the sequence of events or inserting or removing a location involves an extreme amount of work since it can have roll-on effects both before and after that extend to many scenes. This is one of the drawbacks compared to a regular video edit, where these sort of changes are very easy to make.

In terms of post-production, we had to install extra hard-drive capability and increase the number of available render nodes. Working with multiple 8K sequences inside After Effects meant that everything had to be done with proxies to enable a more fluid working experience, as these projects tend to get very complex. 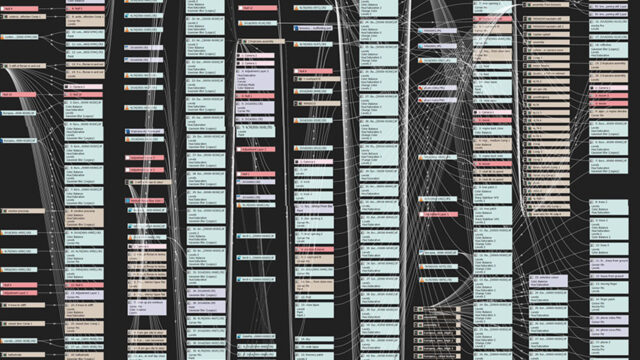 A Closer Look at Some of the Scenes

This shot took many months and several visits before we finally had the correct weather conditions to shoot it. We also wanted to use the same ship in all three scenes (from above, from behind and inside), but the ship’s schedule meant the vessel would only pass us once per day. Each shot of the ship needed a different day.

From a post-production perspective, this shot was quite complex as it required accurate timing of the camera move to fit smoothly into the walking of the cyclists and the use of the smartphone. The extreme resolution requirements for the move towards and through the phone meant that this cyclist sequence had to be shot using four cameras firing in synchrony as fast as they could. As with many other parts of this video, we found working with Mocha Pro for the rotoscoping and tracking work was a great help.

The idea here was to have a long run through the art museum exhibition space and exit the building on the other side. The problem was that there was no window to exit through. I decided, with the agreement of the Lentos, to build my own end wall and window using the same style as the other windows in the building.

The ARS Electronica sequence used 5 different camera positions and a hyperlapse turn through the final room before freeze-framing into a poster to rapidly move to the next daytime scene. This poster board doesn’t actually exist in this location, and was comped in from a different part of the city and modified to fit our requirements.

The final shot in the theatre required a massive rotoscoping job that involved tracking the windows, tables, chairs, menu cards, etc., as the camera passes through the cafeteria into the distant view over the rooftops of Linz. This rotoscoping job alone took several weeks of solid work for what in the final movie lasts for around 4 seconds. Thanks once again to Mocha Pro for providing such great tools to assist with this laborious task.

In order to be able to maintain fluid motion over and past the platform as if using a drone, we needed to rotoscope the entire platform and all the people moving around on it frame by frame, person by person. Several weeks’ work again for just 6 seconds of video.

We had decided to finish by flying over the trees towards one of the most beautiful scenes in Upper Austria – The Gosau Glacier. However, we soon realised we would have a better finish if we went into the glacier, then slid across it and retreated to reveal its beautiful sunset reflection in Lake Gosau below.

All in all, the project took around 8 months to complete – including the inspired original music and sound design by Vincent Jacq and Xavier Plouchart. We are very grateful to the Upper Austrian Tourist Board for their enthusiasm, support and funding of this project. It was great to be working on a schedule that allowed sufficient time for final polishing as well as technique-development along the way.

So there you have it, a close look at the HyperZoom technique by the man himself, Geoff Tompkinson. Want some more HyperZooming? Check out HyperZooming Through Hallstatt, a Vimeo Staff Pick just like An Incredible Journey. 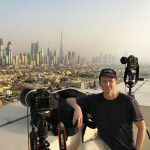 Geoff produced the first ever digitally produced commercial timelapse clips, before DSLR’s were available, using a homemade intervalometer with one of the early Nikon Coolpix cameras. He went on to become the world’s first fulltime professional digital timelapse shooter.