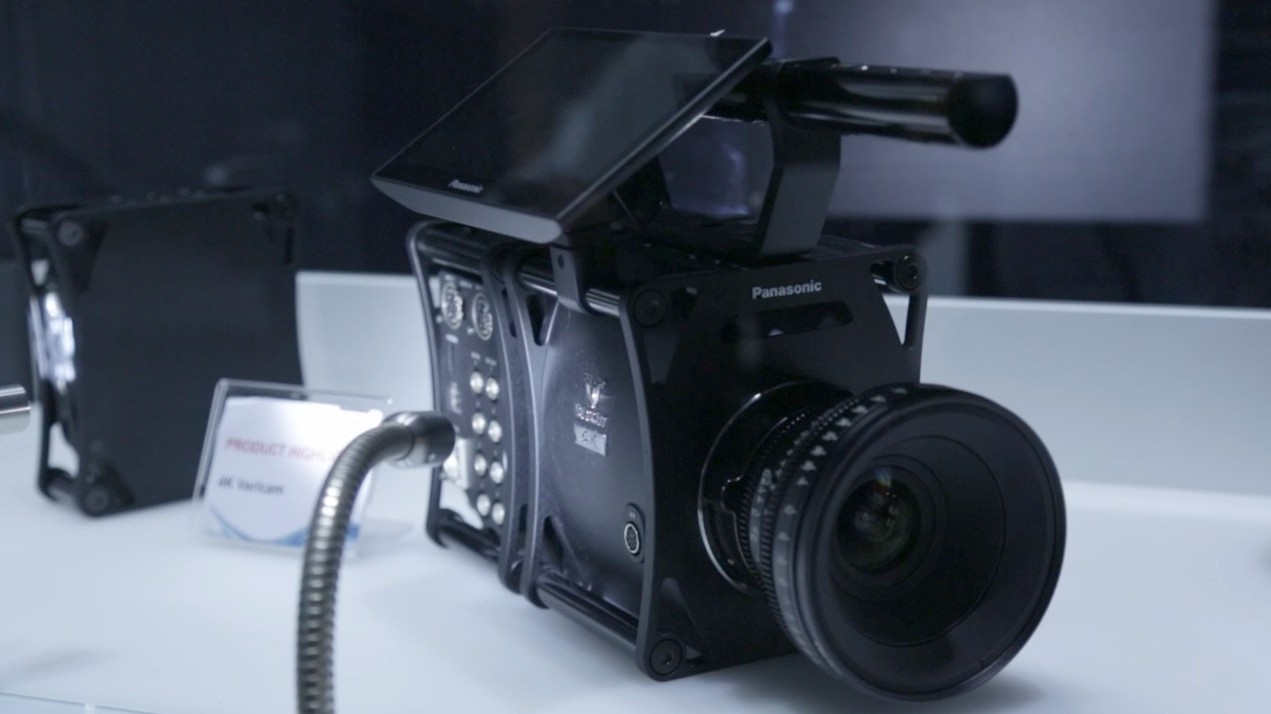 We had a chance to talk to Panasonic Europe representative Aisling Magill about their 4K future. As we have already reported (click here), they have announced that they are working on a 4K Super35 Varicam which will be released in about one year. Detailed specs aren’t known yet as it’s a work-in-progress (it only seems it will be able to do 120 fps at a bare minimum, maybe more).

It’s interesting to hear that Panasonic neglected the market so far because they say “the demand for 4K isn’t there yet”, especially in Panasonic’s core market – which is still broadcast. They are focusing on developing solutions that allow for faster and more efficient 4K workflow, and they don’t want to provide only a camera, but an entire pipeline to enable producers and broadcasters to deliver 4K efficiently, especially using their new AVC Ultra codec.

Codecs always have been Panasonic’s strength and I think they are doing right in taking their time to get everything ready for 4K – I just hope they are not giving away market share that they won’t be able to regain. The real challenge in the future will be to efficiently deal with the massive amounts of data that 4K produces – on a daily basis. Because of a matter of fact, we don’t see 4K delivery anywhere close to a practical reality yet.