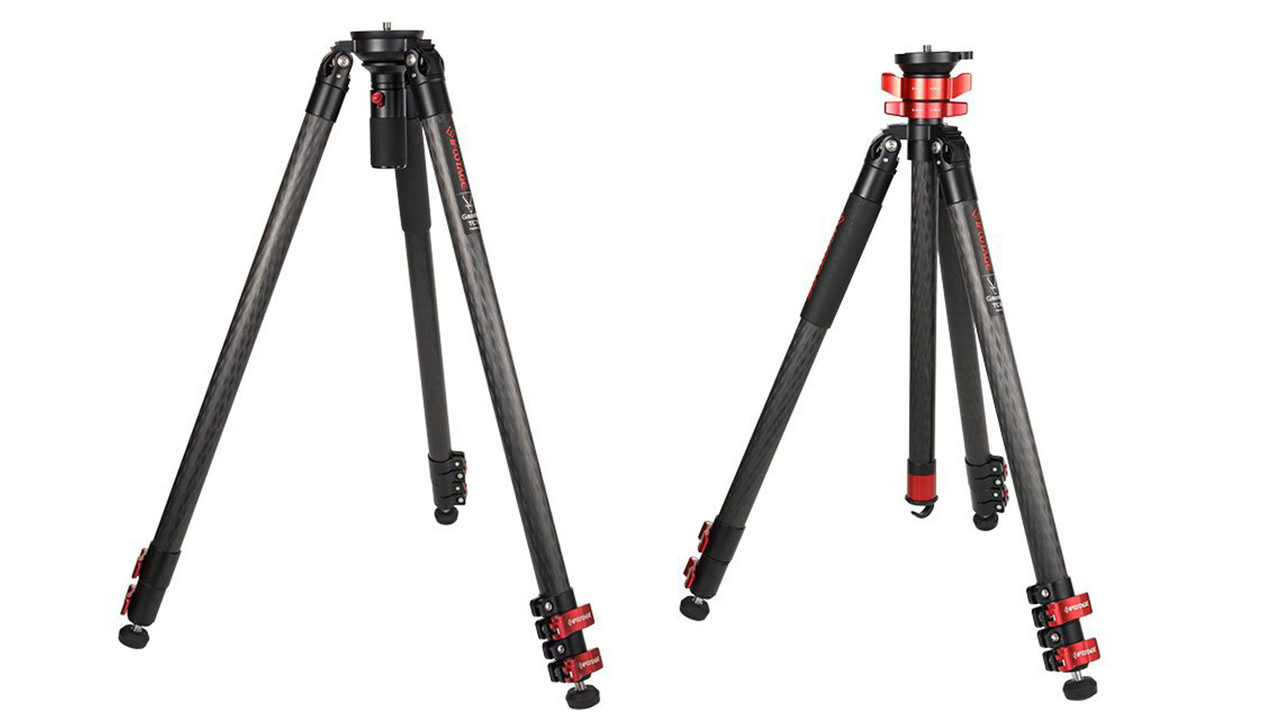 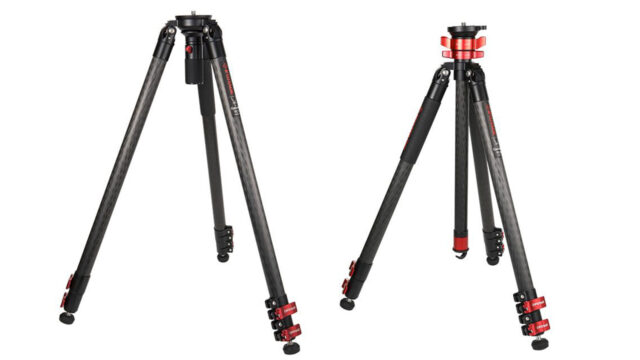 During IBC 2018 we already reported about iFootage’s new Komodo K7 fluid head. Now they are releasing a complete set of tripods to accompany these tripod heads. In total, there are four new tripods in the Gazelle Uprise line, and two new ones in the Gazelle Fastbowl line.

The main difference between the two Gazelle tripods is that the Uprise line of tripods features a center column, while the Fastbowl line features a quick release bowl adjustment mechanism instead of a center column. 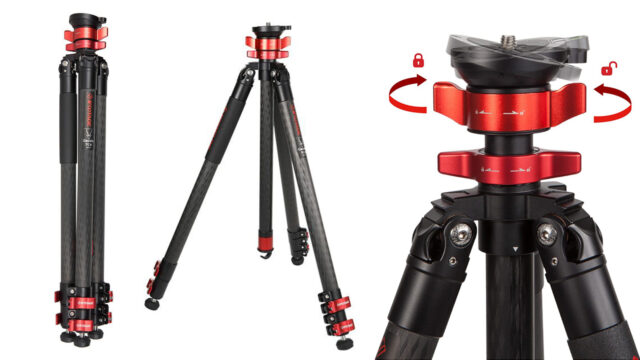 The iFootage Gazelle Uprise is a tripod with photographers and videographers in mind. It features a center column with an adjustable swivel head on top. With a quick turn on the lower locking knob, you can easily adjust the center column’s height. The second larger locking knob at the top of the center column releases the 75mm bowl head for quick and easy level adjustments. At the top of the head is a  standard 3/8′ screw to attach your favorite tripod head.

Also, by twisting and pulling down the release system at the bottom of the center column, you can remove it. It is especially helpful if you need to set the Gazelle Uprise in “low mode.” The three legs can spread from the initial 22° up to 80° so that you can go low to the ground with your tripod at around 19.5 cm. If you need to go even lower, you can also remove the center column, flip it 180 degrees, and mount it in “underslung” mode. 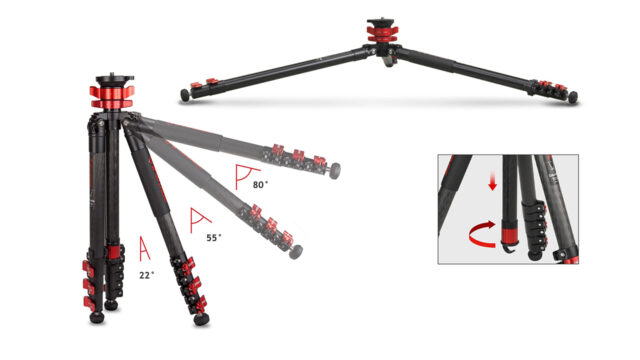 When the tripod is fully extended, you can go up to 1.65m (TA/TC6 models). The last feature of the center column is a little hook at the bottom of it. This hook is especially useful if you are shooting in windy conditions. For example, you can attach your bag to the tripod for increased stability.

The Gazelle Uprise tripod also features a built-in 1/4″ threaded hole at the top (near the leg junction), so you can attach a monitor or magic arm directly on the tripod. The feet design at the bottom of the tripod is pretty standard. There are some rubber pads that you can screw-in to reveal the spikes, always helpful on uneven terrains.

In total, four versions of the Gazelle Uprise are available: 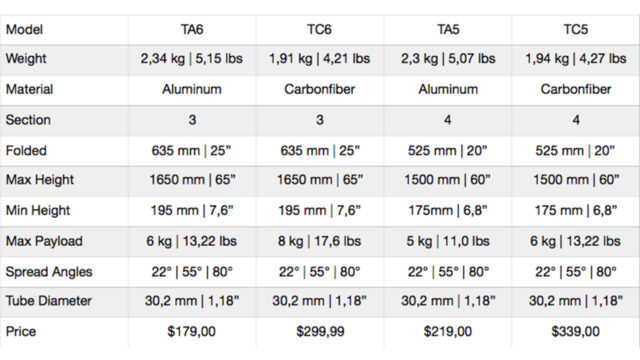 The iFootage Gazelle Fastbowl includes the same features as the Uprise version – excluding the center column obviously – including:

The main difference is the quick release bowl head capabilities. To adjust and remove a traditional bowl head, you have to unscrew the big knob under the head. I don’t count how many times I adjust my bowl head level on a shoot, but at least 50 times. It’s not a very long task, but it’s annoying to screw/unscrew a bowl head.
The Fastbowl solves this problem with a pretty smart one-turn/one-button solution. You turn the bottom release clamp once, press the button, and you can remove the entire video head if needed, to put it on a slider or a jib for example. It’s a very bright solution, that reminds me of the Sachtler Speedlevel clamp.

Two versions of the iFootage Gazelle Fastbowl are available: 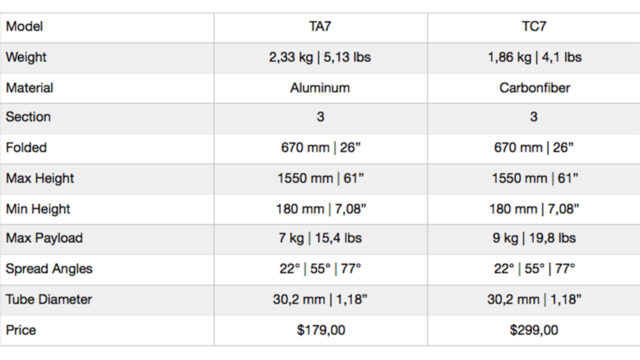 What do you think of these new iFootage Gazelle tripods? Do you already own some iFootage products? Let us know in the comments down below!