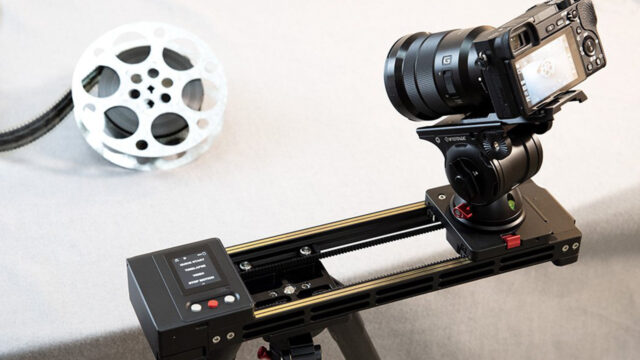 The iFootage Shark Slider Nano is an extremely compact slider with a built-in slide and pan motors. The slider is only 400mm long, but when you center mount it on a tripod, you get an 800mm travel, similar to the Edelkrone SliderPLUS Pro. On the left side, there is a 2.7″ touchscreen to control the slider’s motors. Also, you can manage the Shark Slider Nano through an app on your smartphone. In terms of features, other than the traditional back and forth video slide movement, there is a timelapse mode and stop motion mode for more creative options. 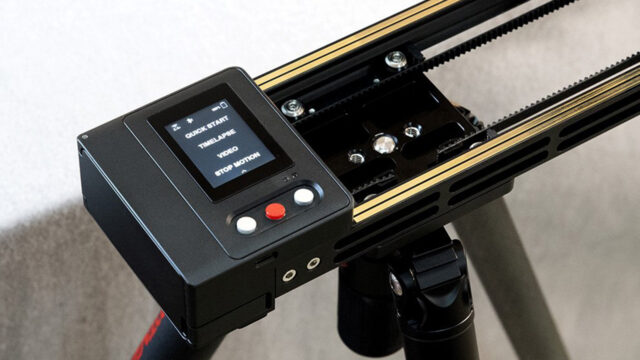 Usually, when you want to make a parallax move, most of the existing motorized sliders require an additional pan motor along with the slide motor. It is not the case with the Shark Slider Nano. Indeed, under the touchscreen and control panel is the slide motor. The second motor that controls the camera’s pan is built-in the carriage. The design is straightforward, the slider can quickly be up and running without fiddling with multiple cables/motors, and it should cover most of your needs.

In terms of weight capacity, the Shark Slider Nano can support cameras up to 3.2kg horizontally, or 1.5kg when set-up vertically. To power it, the slider requires two removable 18650 batteries, for an estimated battery life of around three hours. If you need longer run time, you can use the USB-C port to power the slider. 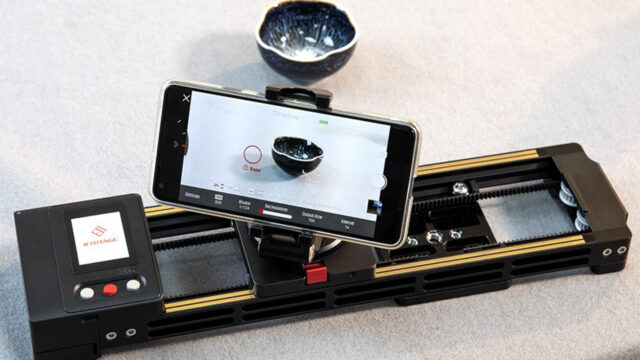 The iFootage Shark Slider Nano should be available this Autumn for $499. It will come with the smartphone adapter included. 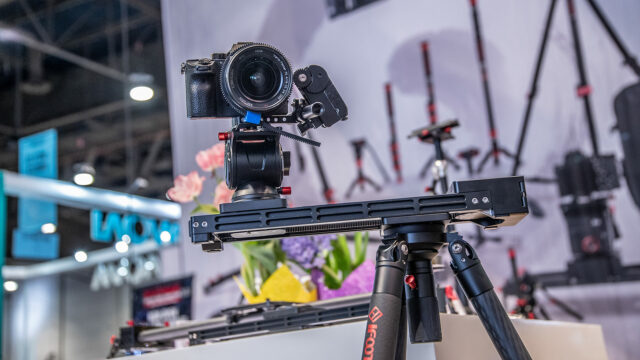 What do you think of the iFootage Shark Slider Nano? Do you consider buying it for interview setups? Let us know in the comments below!