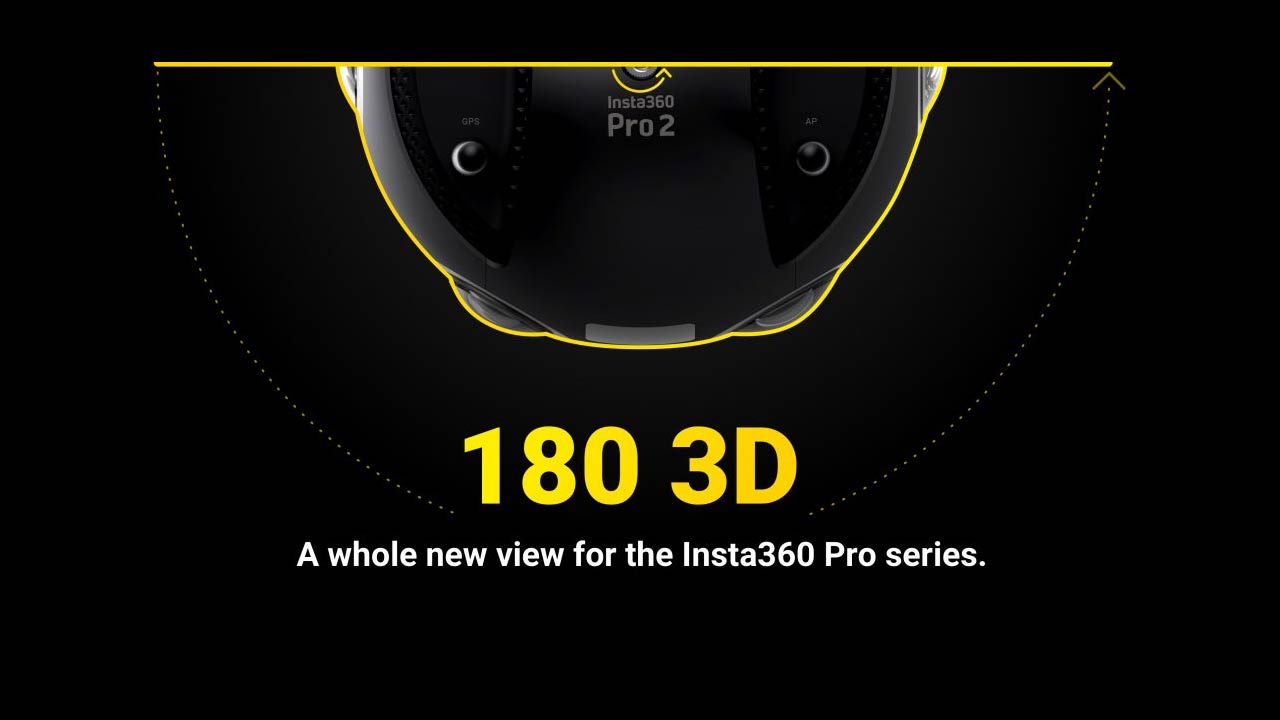 Following the introduction of their new Insta360 ONE X camera, Insta360 just announced a major update to its Pro camera series at the AdobeMAX conference, bringing the inclusion of 180° capture in 4k x 4k. This makes the Insta360 Pro and Pro2 the only two cameras currently able to shoot both 360° and 180° footage from a single vantage point. The new workflow will also be integrated with Premiere Pro via an Extension. Here’s what you need to know.

Using the updated software Insta360 Pro shooters will be able to do 180° capture and 360° capture at the same time from a single vantage point. Actually the capture process won’t really change, it will still be 360° capture while shooting. However in post you’ll be able to isolate the footage from only the lenses needed to capture a 180° 3d image. The result will be 4k x 4k (4k for each eye). In regards to shooting, this will also offer a much more traditional workflow, because, as silly as it sounds, you’ll have somewhere to “point” the camera to.

The 180° footage then can be edited in post either in Insta360’s own Stitcher software or the Premiere Pro plugin. Upon import you can then toggle the 180° 3d setting, meaning only the footage necessary to create the 180° 3d image will be imported.  Using the Stitcher workflow you will then be able to stitch the footage automatically and export to a standard 180° VR format more suited for editing.

Using Premiere Pro the 180° 3d functionality will be added to the existing “No-stitch Editing” workflow, which will work the same way as with 360° footage. You will be able to work with a proxy, giving you a preview of how the finished product will look like, without actually stitching and exporting it first. Then, upon finishing your edit, the stitching will be done on export.

Here an tldr; overview of the updates new features:

The changes to the software will come via free update later this month.