New Insta360 ONE X camera has just been announced. It brings 5.7K video, very capable image stabilization and high frame rates for slow motion clips. This VR 360 camera is designed for “shoot first, point later” style of editing – it lets users choose the right angle after the video has been shot. We talked with Max Richter from Insta360 during Photokina to get more information about their new ONE X.

Insta360 counts as one of the biggest inovators in the field of VR 360 video. They offer great image quality VR video for professionals with their Insta360 Pro (our video and article from Photokina 2018 with the new Insta360 Pro 2 can be found here) as well as portable solutions for smartphone use like the Insta360 One for iPhones (or Insta360 Air for Android). Now they are introducing the new consumer flagship model – the Insta360 ONE X.

Image Quality of the New Insta360 ONE X

Unlike its predecessor, the Insta360 ONE X now works as a standalone device. The company wants to sell it as a “new generation action camera”. That means the company is really emphasizing the ability to choose the right angle after the 360 footage has been shot.

“Shoot first, point later” is the philosophy behind this new 360 camera. It lets users choose the best way to frame an experience after it’s over – that means missing an important shot because of the bad framing should be history (given it is happening in the nearest surrounding – as with every action camera). Using the ONE X’s editing app, which is available for both iOS and Android, users can easily reframe and re-edit the best parts of a scene.

The GoPro Fusion is actually already offering this kind of feature. It would be interesting to compare the capability of this feature between both cameras. The Insta360. For perspective, GoPro Fusion comes in at a higher price and shoots slightly lower resolution. 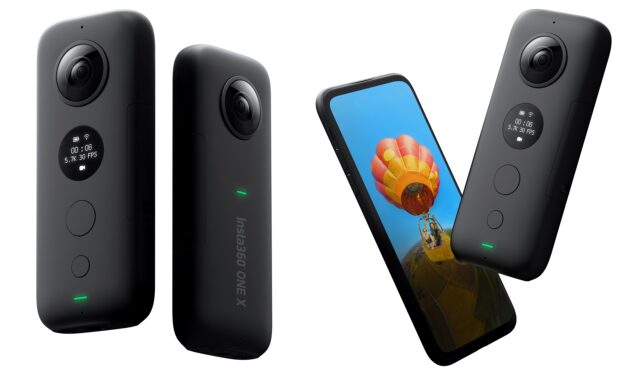 The Insta360 ONE X’s new TimeShift feature lets users easily adjust the speed of different parts of a clip – slow or speed things up with stabilized hyperlapse. The combination of TimeShift and the ability to frame the shot in the postproduction gives users lots of possibilities for editing process.

In the world of VR 360 video, high resolution is an important aspect of camera. Especially as cropping and zooming in the image happens all the time when editing VR 360 footage. The Insta360 ONE X records at 5.7K (at 30 fps). For dynamic scenes with slow motion possibility it also shoots at 4K (50 fps) or at 3K (100 fps). The camera also shoots 18MP photos.

Concerning low light capability, we were told there are now new bigger sensors from Sony, so the camera should produce cleaner footage in low light. 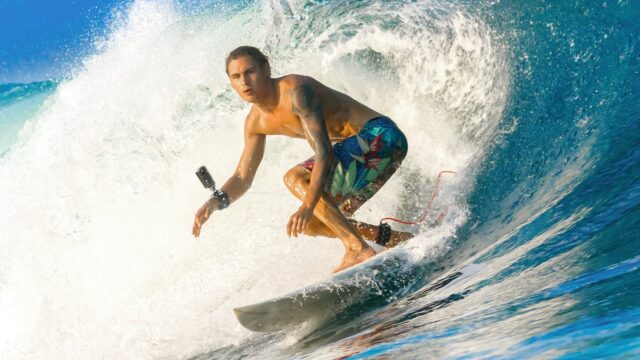 Image Stabilization and Other Features 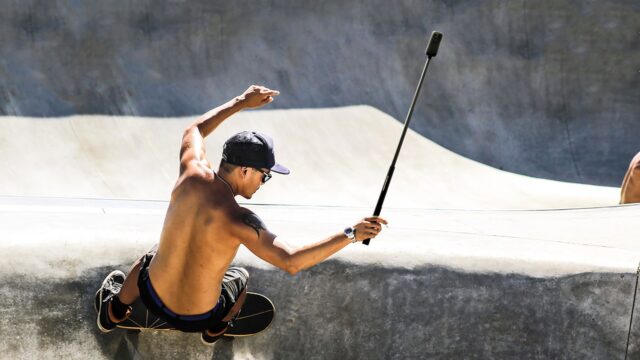 The ONE X app can automatically remove a selfie stick from the filmed scenes which creates a “floating camera” effect. Pairing the camera with Insta360’s customized 10ft (3m) long selfie stick can help create aerial shots without actualy having to use a drone. 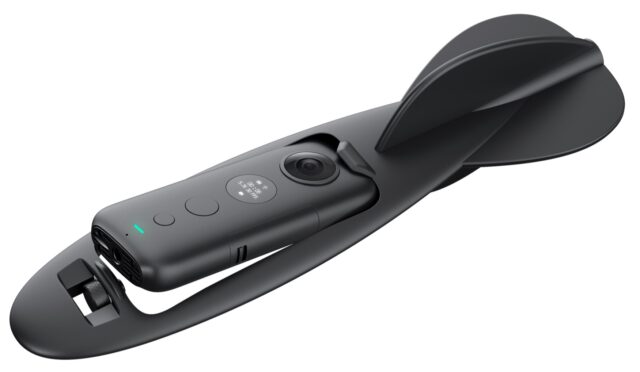 Insta360 Drifter camera dart for throwing the ONE X around

The Insta360 ONE X can be mounted into the new Insta360 Drifter camera dart and users can throw the camera around to create like a fly-through videos. This is demonstrated in the video below. It looks quite cool, but my concern is if the camera’s lenses are protected well enough not to suffer serious damage while throwing the camera around. Also, the “bullet time” slow motion clips in the video look cool, but there are very visible artifacts from stitching.

Users can connect to the ONE X via WiFi to preview and control the shots in real time. WiFi can also be used to transfer footage to the phone for editing and sharing. Additionaly, the camera can be connected with a data transfer cable to transfer the footage. Lightning, USB Type-C and Micro-USB cables are included with the ONE X.

The camera has removable 1200 mAh battery, which means users can carry spare batteries for long shoots. The image settings like ISO, exposure value, white balance and shutter speed can be manually tweaked. The ONE X is also ready for HDR photos, timelapses, hyperlapses, interval shooting and timed shots. 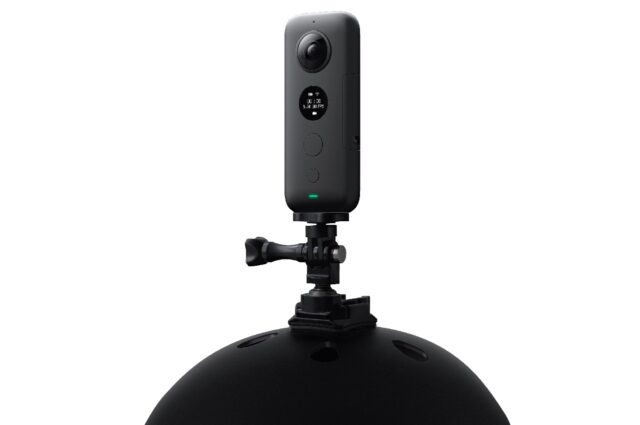 There are two rugged case options for the Insta360 ONE X. The Venture Case is a tough shell designed for above-water shooting, which offers splash protection and waterproofing to 5 meters. The Dive Case with specialized dome lenses allow for underwater 360 shooting down to 30 meters. 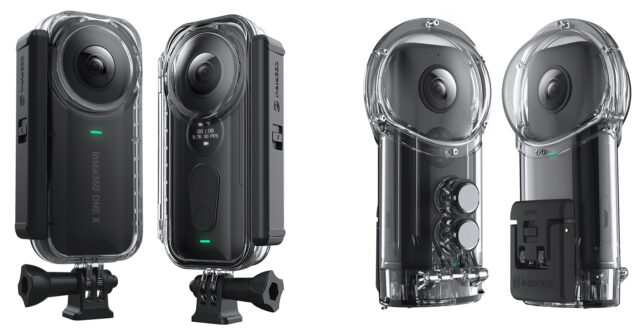 The optional GPS Smart Remote lets users control the ONE X, while automatically recording GPS data for video and photos. This data can be used to easily upload video and photos to Google Maps Street View, and to add a customizable journey-tracking dashboard to video clips – overlaying speed, direction, elevation, location and route info.

The new Insta360 ONE X is available now for the price of $399.95 USD. You can find our partners’ buy links for the camera underneath the article.

Do you use any 360 VR camera in your production? What do you think of the new Insta360 ONE X? Let us know in the comments underneath the article.