As prices for cameras and other production gear keep coming down further and further, the traditional world of production (namely broadcasters and large production companies) are lamenting about the impact of this development on their business. They used to be the gatekeepers to getting professional content produced and distributed, which meant that large gear manufacturers and broadcasters held a lot more power in the past – before the internet and the erosion of television as we know it.

At IBC 2015 in Amsterdam, I was invited to a panel discussion about the ongoing commoditization in our industry. It was a very interesting discussion thanks to the wide range of guests who were invited by chair Graham Sharp (Senior Vice President of Global Products at Vitec Videocom): Next to me on the panel were:

It was a very engaging discussion with a lot of very different perspectives onto the industry, which is something we rarely get – usually the range of people on such a panel isn’t as diverse as in this case.

It’s well worth a watch even at the 1h 10 minutes it lasts, and it’s great to see that both traditional manufacturers as well as large content producers are recognizing that there’s a massive shift going through our industry which revolutionizes and democratizes content production – due to less expensive production gear and a further democratization of distribution through the internet, which is an ongoing process. 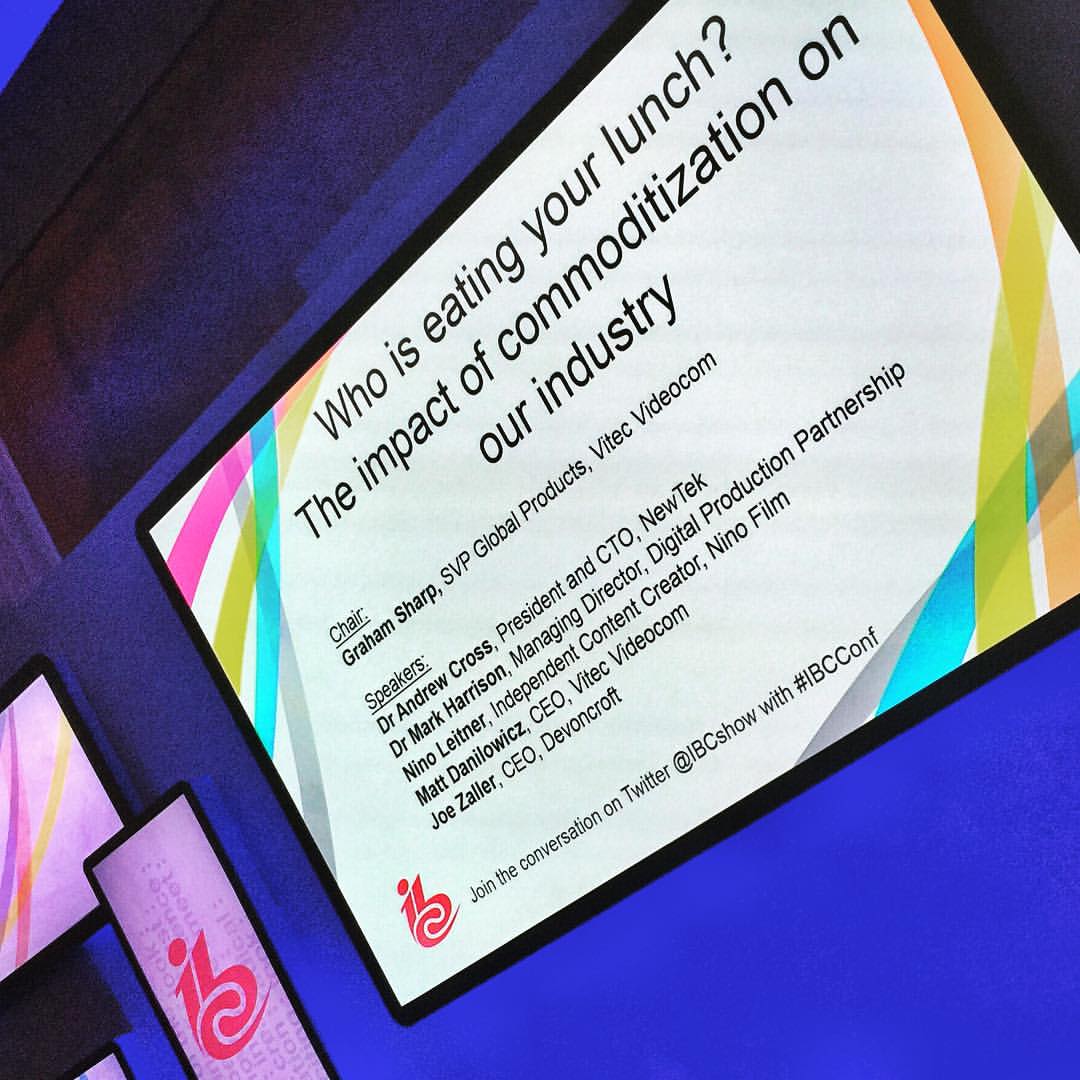