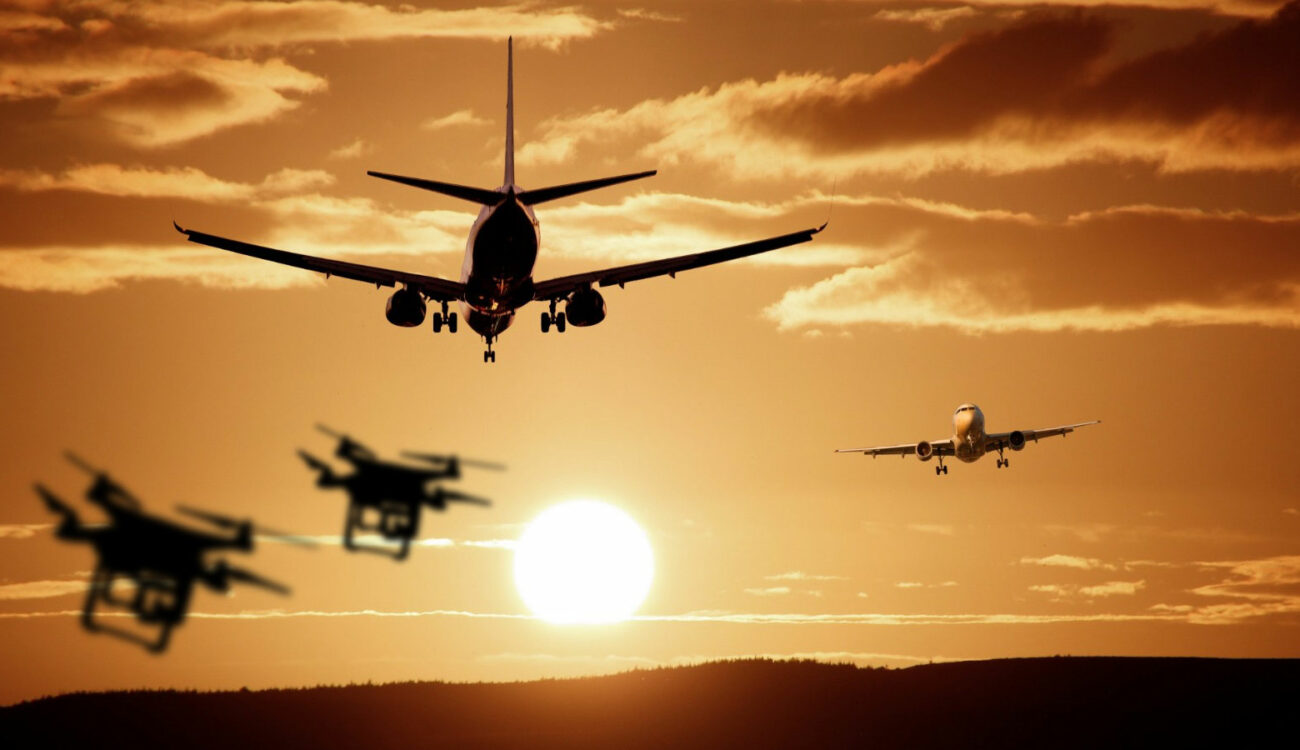 UK’s second busiest airport at Gatwick has grounded all flights and closed its runways since last night, after two drones were seen in close vicinity of the airport. The disruption started on Wednesday 9:00 p.m. local time and is ongoing at the time of writing. 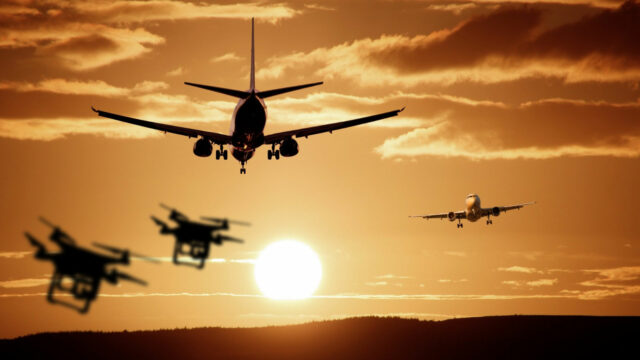 Flying a drone has become so easy and inexpensive lately that virtually anyone can fly one. An increasing number of drones also means an increasing number of problems in the airspace due to reckless behavior. And in reaction to increased restrictions, we’re sure eventually it will be required to get a license to even purchase a drone, thanks to irresponsible pilots.

We all know there are certain restrictions to consider, and one of the major ones is flying a drone near the airports. Impacting an aircraft could have fatal consequences as drones really can cause some serious damage to planes. Still, cases like this happen. In fact, as Reuters states, the number of near misses between private drones and aircraft in Britain more than tripled between 2015 and 2017, with 92 incidents recorded last year, according to the UK Airprox Board.

When it comes to Gatwick airport, it is not their first traffic disruption due to a sighted UAV. We already reported about a similar event back in July 2017. Considering the magnitude of the disruptions, the current one is of course much bigger and more serious affecting thousands of passengers. 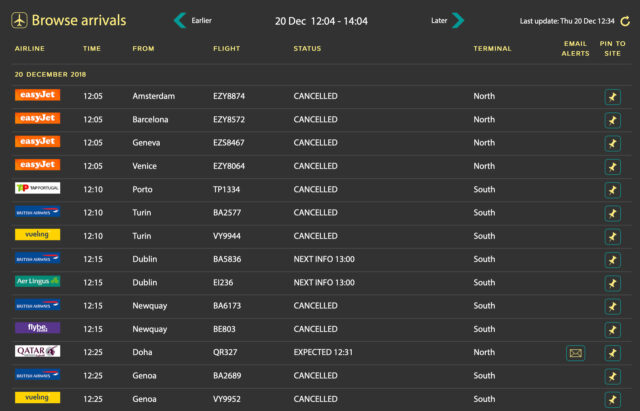 All flights to and from Gatwick are currently suspended. If you are due to fly today or are meeting someone from a flight, please do not travel to the airport without checking the status of your flight with your airline first.

Following reports of two drones flying over the Gatwick Airport airfield at around 9pm on Wednesday 19 December, and several further sightings since, our airfield remains closed for safety reasons. We are still investigating these alongside Sussex Police.

Unfortunately, this has led to a significant number of flights being diverted to other airports and all flight arrivals and departures are currently suspended from Gatwick.

Our airlines are working to provide affected passengers with hotel accommodation or transport passengers landing at other airports to Gatwick by other means, and Gatwick staff are looking after passengers in our terminals.

We apologise to any affected passengers for this inconvenience but the safety of our passengers and all staff is our number one priority.

By looking at the live flight information all of today’s flights are currently canceled or diverted to another airport. The Sussex police are of course intensively looking for the drones’ pilot(s) in an attempt to restore service at Gatwick airport. It appears to me as a deliberate act to disrupt the airport, because according to the police the drone keeps appearing again and again near the runway. They said, however, that there are yet no indications to suggest this is terror-related. 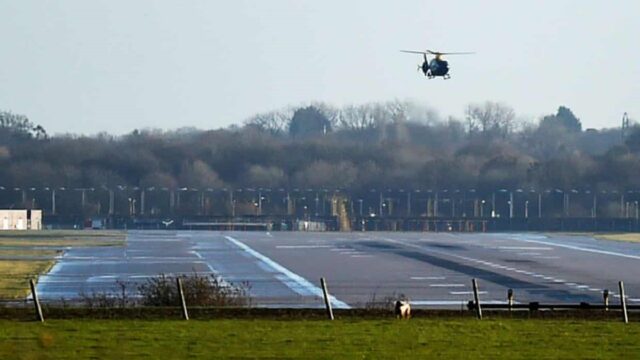 As the Irish Examiner reminded, earlier this year new laws came into force which ban all drones from flying above 400ft and within 1km of airport boundaries. Drone users who flout the height and airport boundary restrictions could face an unlimited fine, up to five years in prison, or both. For more information about the current drone laws in the UK, you can take a look at this Trusted Reviews article.

Although we have seen for instance DJI implement No fly zone features in the drones, these were hacked later. I think when someone really looks for a way to cause disruption on an airport, there will unfortunately always be a way. To prevent unwanted restricted airspace violations, there are ways. Like for instance the AirMap app with their real-time geofencing alerts feature which we reported about. There are also talks about jammers being used to prevent drones from even taking off at airports – however those jammers also threaten to affect important technology that is needed to perform take-offs of planes.

What do you think of drone regulations? How would you prevent this from happening more often? Let us know in the comments below.