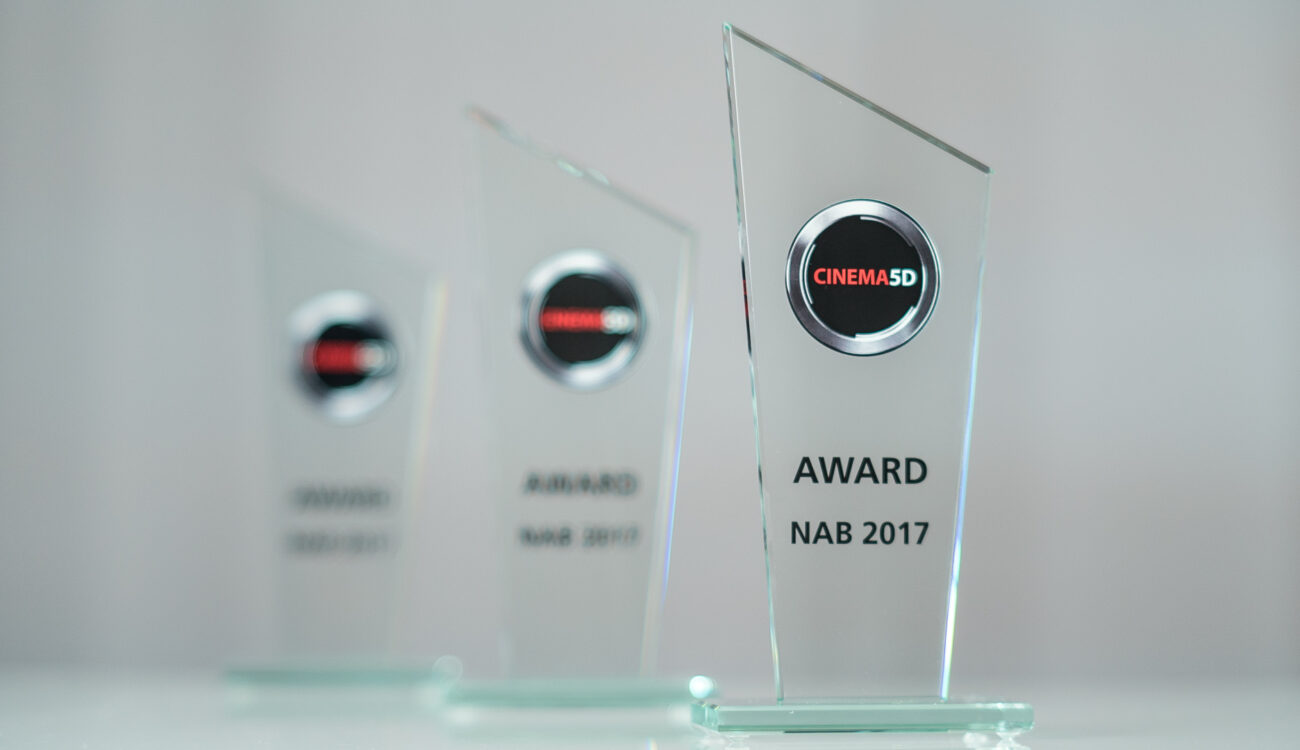 NAB 2017 has been over for over a week, and we have already published dozens of videos that the “cinema5D ground team” of 7 people produced there (with some more to come until next week).

We have decided to nominate 10 products to be eligible for the 3 cinema5D NAB 2017 Audience Awards that we are going to give out to great products that were announced at NAB 2017 – actually, YOU, our audience, are going to determine the winners! 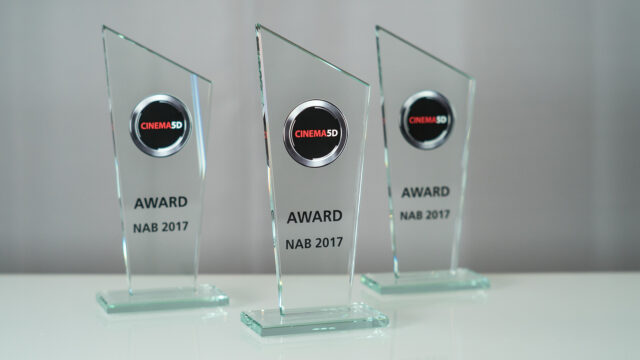 To keep this as fair as possible, we have decided to use the Facebook polling function for that, in this case allowing only 1 vote per audience member. So you HAVE TO consider your favourite carefully!

Below the poll, you find links to the published show videos of each one of these products, which will help you to determine the winner(s). Obviously, the prizes will go to the three products with the most votes. 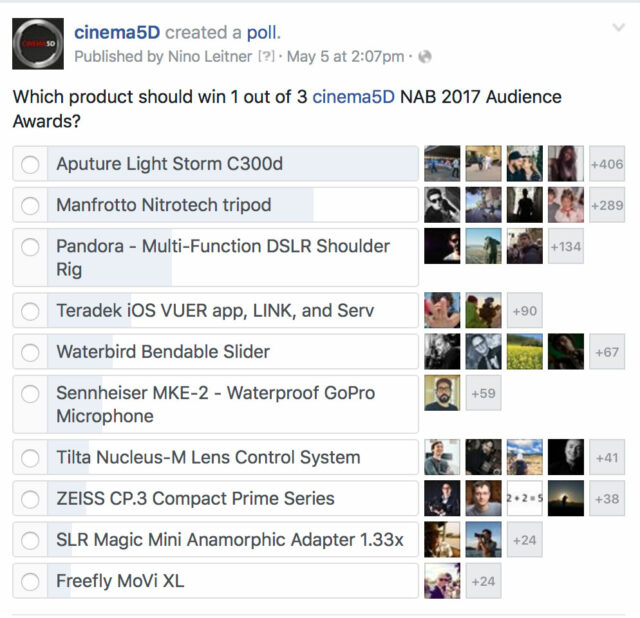 Here are all nominees in alphabetical order:

We are also curious to hear your thoughts on the nominated products in the comments below. Let us know what you think of them!