Last year we saw the first Chinese cinema camera, the Kinefinity KineRAW S35. It recently started shipping and at NAB they presented their new Kineraw MINI: A portable camera that delivers a very brilliant 2K RAW image from a 4K sensor. It costs 3800€ (inc. tax) and it should start shipping very soon.
cinema5D took the KineRAW mini for a test shoot and here’s the detailed review:

You know the times when all things just “click” together allowing one to achieve great results?
That’s how I felt when Michel and Ludwig from “hd video shop”, currently the sole distributor of Kinefinity cameras were kind enough to lend us the new KineRAW mini for a few days. At the same time Ram Leetal who is a great DP, friend and mentor asked me to help and shoot/edit a small story about 2 young sailors who are trying to make it to the 2016 Olympics on their own.

These sportsmen are very determined to make it despite the many obstacles on their way. (the main one is finding a sponsor who can support them fulfilling their dream). What else can I ask for, a nice little camera to test and a great opportunity to try and help the 2 sportsmen achieve their goal…. 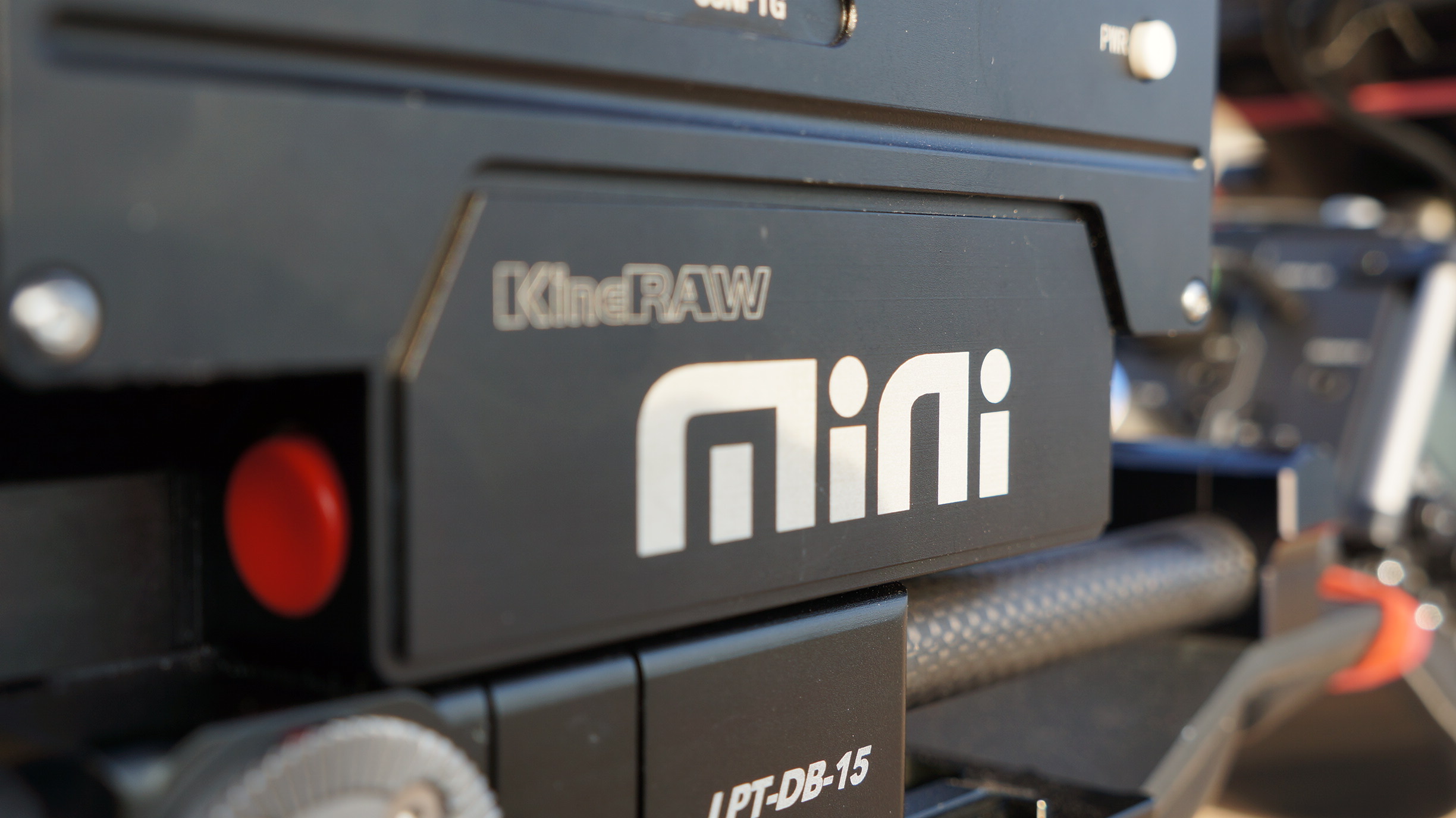 The Chinese company Kinefinity currently has 2 camera models: The new KineRAW mini shares the same sensor with the bigger KineRAW S35. The mini is shipping now and available for pre-order worldwide at 3800€ (inc. tax) at hdvideoshop.com (shipping to US is 89€).

Physically the camera is small, very small. I have yet to find a photo that makes justice to its size… It’s worth mentioning that I had the Canon EF mount version and more importantly the company is about to introduce an external RAW recorder made by Cineform which will allow the camera to get full 4K resolution out of it.

The camera is priced very well for what it can do and deliver. It is €4402 for the camera body and basic kit which includes a side handgrip with battery, KineMAG (64GB SSD), Canon EF or Nikon F adapter and AC adapter.

I love the form factor and the picture quality coming out of this camera. Its’ ergonomics and usability are much better in my opinion than other RAW cameras in its price range. It is true that it takes some time to get used to the menu and some functions have yet to be fixed via firmware updates but when and if those are done I am sure we will look at a solid and powerful product.

While spending 3 days with the camera I did notice a few issues that deserved Kinefinity’s response. I’m happy to say that the company’s headquarters in China and the European distributor hd video shop were extremely fast to respond. I see it as a good sign for future servicing requirements, which had been a concern when the first Kinefinity camera was announced.

So here is what I noticed about the KineRAW mini and Kinefinity’s responses to it:
• The REC button is not flawless. Sometimes I was struggling to push it to start recording.
Kinefinty: “Yes, the REC button is not good. Our handgrip will have new rec button and more control ways to MINI, so that you will get operation experience like DC.”

• Recording can not start when the menu is active.
Kinefinty: “Yes, we will change the function to make the REC operation be top priority later.”

• Booting time is much to long.
Kinefinty: “Yes, we may provide SLEEP mode to make the camera sleep and wake instantly. But the boot time is long like iPhone.”

• Sometime when booting the camera there is no image displayed in the Live View. The only way to solve this issue is to reboot by disconnecting the power, then booting works normally.
Kinefinty: “Yes, booting failure happens some times.”

• Image Stabilization lenses do not work. Please activate stabilising in lenses if possible.
Kinefinty: “Will try”

• Kine709 has a green tint to it
Kinefinty: “You may use the AWB to get balance in field. The AWB operation can be found in this way… CONFIG–>LUT–>Gain Override–>Manual–>Auto WB, use 18% Grey or 90% white card to set the WB.
Yes, the LUT of Kine709 is a little bit green tint.”

• Timecode is a must! (currently there is only “free run”) I don’t want to think about all the audio files I have to sync manually which otherwise could have been done in DaVinci Resolve.
Kinefinty: “There is time code embedded in every DNG image indeed, so that the KineStation can extract the timecode and construct a timecode. Yes, the time code mode is free-run now. It will take some time to add record-run option.”
Kinefinty: “Actually, you can use KineStation from our website to transcode the CinemaDNG footage into Cineform RAW mov. It can integrate the DNG sequence, timecode track and audio track automatically. Then you can use Cineform workflow for post work. This is our recommended workflow. KineStation is very fast. It takes only 10 mins to transcode 64GB SSD with DNG into Cineform RAW mov on i3 notebook, in win7.”

• The in camera audio is producing 2 audio channels. They are in mono. Is there a way to make them Left/Right? (stereo)
Kinefinty: “Yes, it is mono now.”

• It happened to me twice, camera will not stop recording after pressing the REC button. The only solution was to disconnect the battery. After rebooting I had to rebuilt the SSD.
Kinefinty: “It may happen when you have some settings pop-up.”

• It would be be great if the fan would turn off automatically as soon as you hit REC. After finishing recoding it should turn on again – automatically.
Kinefinty: “Yes, it will have the function as smart fan control.”

• The volume when using headphones is much to low (even when volume is turned on to a maximum)
Kinefinty: “Yes, the headphone volume is low…”

• The active EF mount sometimes stops giving aperture reading to lenses which it gave before. After re-attaching, it was fine.
Kinefinty: “OK, we will check the Iris issue, it happens seldom.”

• Biggest issue: Slow frame rate of the EVF: When using an EVF or monitor via HDMIi the frame rate on it is slower which is disturbing and appear lagging.
Kinefinty: “Actually, it is around 20fps, not 25fps. It seems maybe the choppy issue makes the delay severe.”

• There is strong rolling shutter like on DSLRs.
Kinefinty: “For 2K in S35 mode, yes the rolling is bad, you may try S16 mode, the rolling is much better if you upgrade the camera to new firmware.” 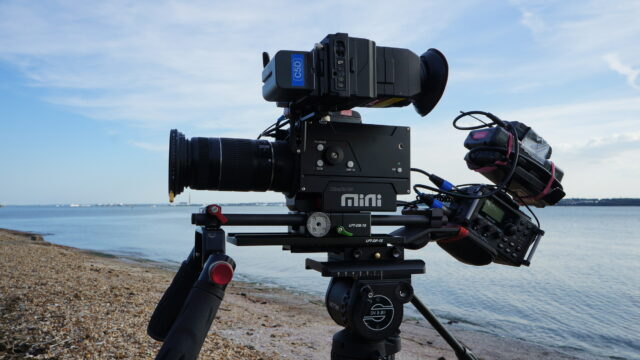 All in all as you can see from Kinefinity’s response, some of the issues are fixable via a firmware update and I’m sure the company will do its best to achieve that soon.

I must emphasize that despite those issues the camera is fun to use and the picture quality is very nice!

One thing I find conflictive is the fact that this mini camera could have been great for shooting documentaries if it had some sort of compressed file recording option or alternatively allow a clean full HD output from its HDMI connection. You could go straight into an Atomos Ninja for example. I guess the hardware does not have the power to do so.

In 720p mode it is possible to record 16 seconds at 100fps. As always, slow motion can be very impressive and 100fps is special for an affordable camera like this. Unfortunately aliasing and moire are noticeable in the resulting image yet the footage is still usable as you can see in the video. I’ve imported all cinema DNG footage to DaVinci Resolve 9 lite and exported to ProRes 422 1080/25p.
I then edited in Premiere Pro and graded in Filmconvert. A small amount of sharpening was added in post.

My fellow cinema5D man Nino Leitner shot a low light and latitude test comparing the KineRAW Mini and the 5D Mark III RAW, which will be posted in the next days on cinema5D too. Stay tuned!

The music was kindly provided by The MusicBed: http://c5d.at/1rg 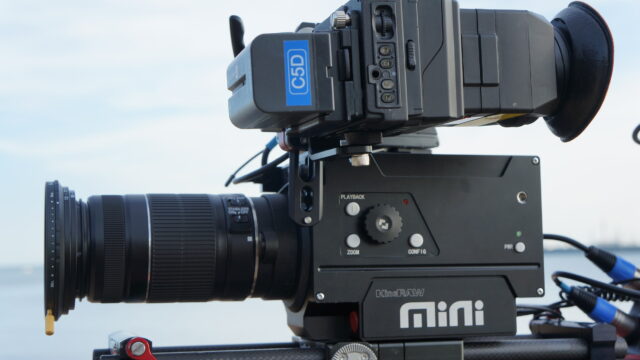 Many thanks to Bar and Omer who contributed from their time for this video.
You can follow them here: https://www.facebook.com/BrandHalevySailingTeam