The Kodak PixPro 4KVR360 takes on virtual reality with a 20MP sensor and full spherical images. In this hands-on video, we take a closer look at the 360° action camera.

This is not the first 360° action camera we’re seeing this year. At Photokina 2016 that kicked off today, Nikon introduced another new action camera alongside their Nikon KeyMission 360 and there are more manufacturers taking on the VR 360 action camera market.

The Kodak PixPro 4KVR360 has two different wide field of view cameras in one body; 235 degrees and 155 degrees, both with a 20MP CMOS sensors that record 4K video and still photos. Combining the images of both cameras with stitching, the 360 degree, full spherical images can be used for virtual reality. 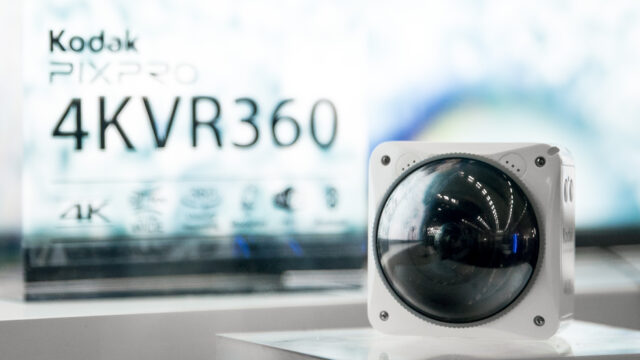 In virtual reality mode, video can be captured in  3840 x 1920 at 24p, and still images at 27MP, both in 2:1 ratio. Using either the front camera or a combination of both cameras gives a variety of formats for video and stills, including round images and video in 1:1 aspect ratio. 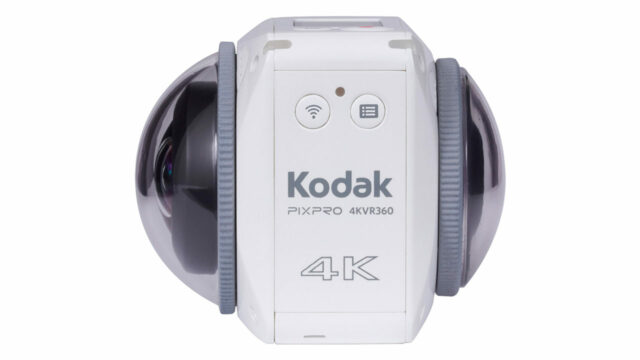 The front 155 degree camera can capture 1080p video at up to 60fps, with the option to change the field of view to a wider or narrower angle. 120fps slow motion is only available in 1440 x 1080 resolution in 2:1 aspect ratio. The video format is MP4, recorded in H.264 codec, there is no mention of a ‘flat’ or neutral profile for colour correction.

Aimed at the sports and action market, the camera is splash-proof and shockproof up to 2m, it can be controlled via a smartphone app or the remote that’s included in the package with wi-fi, NFC and Bluetooth. Stitching can be done in camera but at a lower quality, or with the app or software in post production.

Here are some more specs of the Kodak PixPro 4KVR360: