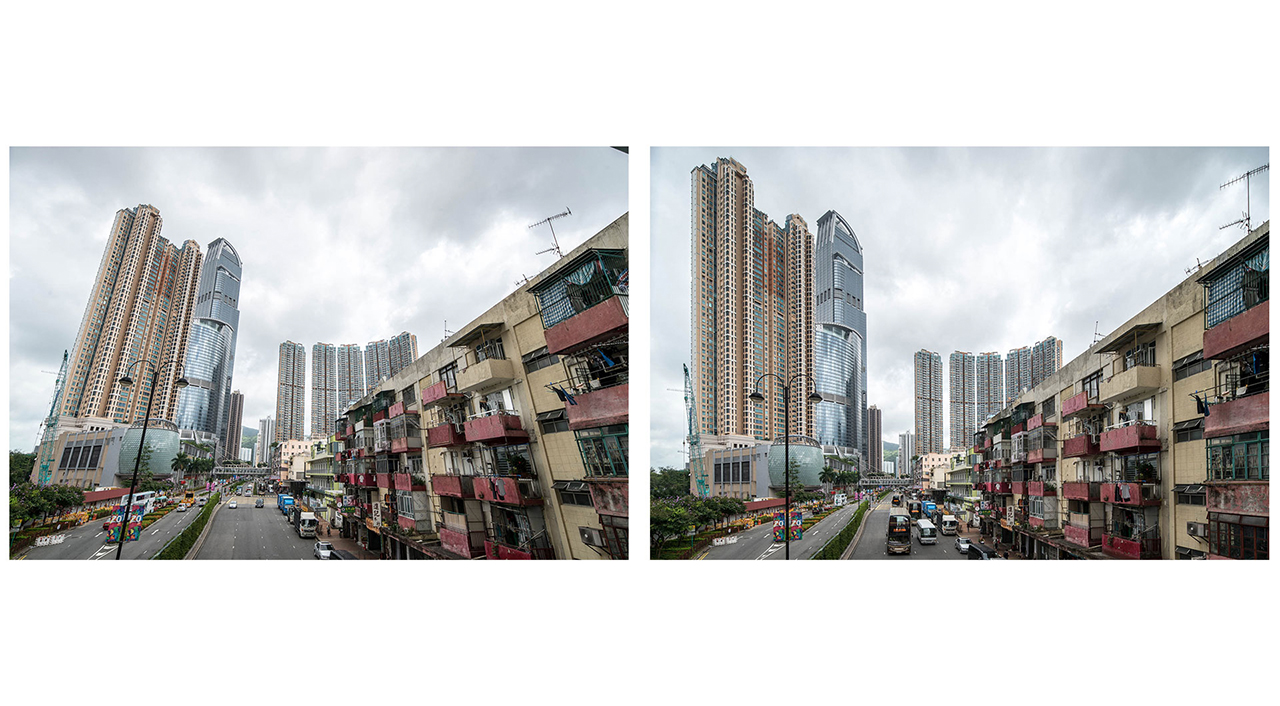 Loawa has announced an interesting new lens adapter. The Magic Shift Converter (MSC) is designed to work with the Laowa 12mm f/2.8 Zero-D by correcting distorted lines created by the wide angle lens. 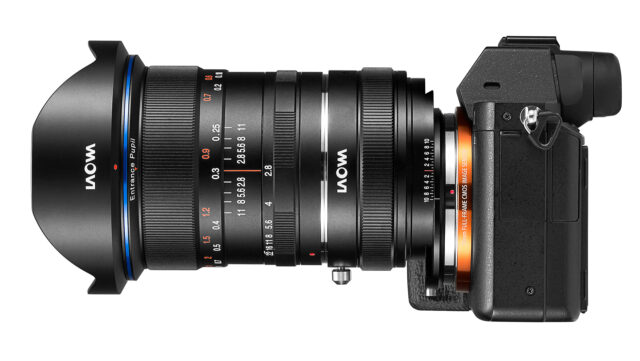 Avid wide-angle shooters will be familiar with the dilemma of never being able to get into the right spot to get the perfect, correct image of a tall building. Even elevated viewpoints will leave you considerable lower than a tall building, meaning wide-angle photos and video will give the impression of a building stretching away as it rises in height.

Take a look at the image below, for example. The unshifted image on the left is a popular sight for any wide-angle enthusiast. The image is taken from a realistic elevated level, but due to the relative placement of a small human and a tall building, lines will appear to stretch away as they rise.

The shifted example on the right has straightened the lines of the building, correcting the stretch that a low, wide-angle lens will naturally create.

This is all achieved in-camera by the Laowa Magic Shift Convertor (MSC). It does this by expanding the image circle of the full-frame lens, and allowing a 10mm positive and negative shift to cause the image circle to be re-aligned, thus appearing to straighten stretched subjects. Expanding the image circle results in no vignetting, and comes with a 360° rotation structure which allows photographers to shoot in both a horizontal and portrait orientation.

It can be a funny concept to get your head around, and one that can perhaps be better depicted in video form:

The Laowa Magic Shift Converter will work with Canon EF or Nikon mount lenses (either or) adapting to Sony FE mount for the Sony Alpha mirrorless cameras. Laowa state that this converter is designed specifically to be used with their Laowa 12mm f/2.8 Zero-D lens, making it an effective 17mm f/4 Zero-D lens with +/- 10mm shift capability.

This converter will be very useful for both photo and video users. I feel extreme wide-angle lenses can often prevent audience immersion due to the way they display images. Correcting a wide-angle image brings the it into a ball park that is relatable to what someone would see with their own eyes, thus enhancing audience immersion.

The Canon version of the convertor will be available to order by the end of July or early August, with the Nikon version still needing another couple of months.

Are you a wide-angle lens aficionado? Will this converter make its way into your kit? Let us know in the comments!