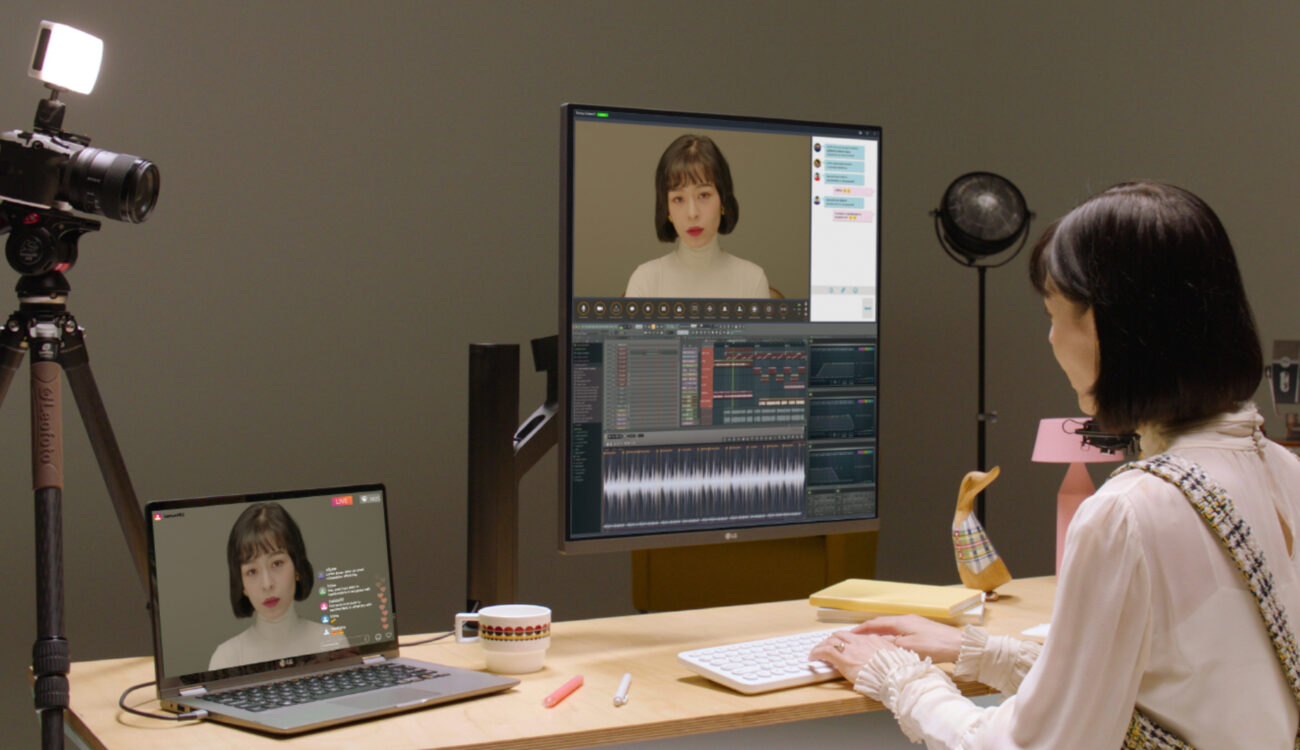 LG has just announced a new kind of computer display: the LG DualUp monitor is exactly what its name suggests: Two vertically arranged 16:9 displays in one, resulting in an impressive 16:18 monitor that might be perfect for creative workflows, especially video editing.

TV used to mean staring at a roughly square 4:3 screen. Later, with the advent of HD, wider screens with a 16:9 aspect ratio became the gold standard. But working with video in this aspect ratio on a screen with the same format can be difficult, since you have to work not only with the video content alone, but also with the surrounding and interacting controls, the graphical user interface (GUI).

The more screen space the GUI takes up, the more the video feed gets pushed aside. The solution is an external monitor that displays a clean feed.

LG have come up with yet another idea that takes up less desk space, but still allows for a clean, full-size video feed + GUI: the LG DualUp monitor is basically two 16:9 screens fused together vertically to create a 16:18 device. Still, it only has one stand, power plug, and all, so it takes up less space and, perhaps just as importantly, requires less head movement.

The downside? Well, a dedicated external video monitor is usually hardware calibrated and therefore color space accurate. This is essential for color-critical applications, but perhaps not so much for casual content creators. And having a full-size video preview without the need for an additional preview monitor could be very handy for many editors out there.

This new 16:18 display offers 2,560 x 2,880 pixels, resulting in a so-called Square Double QHD resolution monitor. Think of it as two 21.5-inch displays arranged vertically, so you get a 27.6-inch display in total.

The stand can be clamped to a desk and allows for pivot/height/tilt/swivel adjustment of the display. As for interfaces, the DualUp monitor features USB-c (with power delivery of up to 96 W to a downstream laptop), 2x HDMI and 1x DisplayPort. It is also equipped with a USB hub (1x upstream, 2x downstream).

So as you can see, this device is far from being the perfect high-end display for video applications, but it’s still an interesting device, I think, and perhaps the specs are enough for anyone concerned with content creation without the need for end-game hardware.

The new LG DualUp Monitor will be shown at LG’s CES 2022 virtual press conference on January 4 at 08:00 PST. Pricing has not been set, yet.

What do you think of it? Could this DualUp monitor earn a place on your desk? Share your opinion in the comments below!