Lupo’s new 700 Smartpanel Dual Color LED light is touted as the world’s brightest on-camera/mini-LED panel light.  Yes it’s a bold claim, and from the limited research I conducted, it’s accurate.  The 700 Smartpanel Dual Color emits an impressive 4200 LUX at 1m – that’s bright!  It’s actually a similar output to some of the 1×1 LED panels on the market, but at a fraction of the size.  The closest on-camera light comparison I found was Aputure’s Amaran AL-F7, which comes in at 1500 LUX – that’s a 2700 LUX difference! Sound interesting? Here is my Lupo 700 Smartpanel review

One of the ways Lupo achieves such dramatic light levels is through an intensifier on the front of the LEDs.  This makes the LEDs brighter and more focused.  You should be aware that this does narrow the beam angle.  The beam angle is 40 degrees, which is narrower than most LED panels.  This can be a good thing, because it gives you less spill onto the background, but if you need a wide throw then this isn’t the light for you.  In the above video, I do a demonstration of the 700 Smartpanel’s spread versus a couple of other on-camera LED lights.

The 700 Smartpanel Dual Color has a solid build quality.  Like it’s bigger brothers the Actionpanel and Superpanel, it has a technopolymer frame that is super durable.  A gaffer on one of my features actually dropped the much larger and heaver 1×2 Superpanel six feet onto the concrete, and there was no damage to the technopolymer frame!

The back of the Smart panel has one dimmer dial and one CCT dial that goes from 3200K to 5600K.  There is no digital read out on the 700 Smartpanel.  This makes for a little guesswork if you need to match it to other lights at a midrange temperature – for example, at 4000K.

Sometimes it’s the simple things in life that make you happy!  There is an on / off switch in the back of the 700 Smartpanel, unlike other on-camera LED lights.  This means you won’t lose your dimmer settings when you turn off the light.

The 700 Smartpanel also comes with a simple but effective plastic diffusion that can be screwed on to the front.

There are three ways you can power the 700 Smartpanel.

I know for a lot of you LUX is a foreign language, so I decided to test out the Superpanel Dual Color in real world scenarios, where usually a much bigger light is needed.

DEMO 1: Interview with a window in the background:

When shooting an interview, I like to incorporate windows into the background, but I don’t want them to blow out.  The way I approach this kind of situation is to first set exposure for the window, then open up at least a stop to make the windows just slightly overexposed.  This makes for a more natural look.  Next, bring the light up to the correct exposure for the talent.  This usually takes a larger, more powerful instrument to get to correct light level, but this can be pulled off with just one 700 Smartpanel!

In this shot the windows were already giving my talent a nice rim and back light, so I just needed the 700 Smartpanel to serve as a good key.  The 700 Smartpanel was able to give the correct exposure, even with the soft diffusion on and the dimmer at about ¾ of the way up, which left some headroom.

We’ve all experienced that Zoom / online meeting where someone’s back is to a window, leaving their face in the dark.  Although the 700 Smartpanel Dual Color can be very bright, you can also dim it down for lower light situations.

Here, the window was already giving a nice kicker light on the right, so I placed the 700 Smartpanel a little to the left side of frame.  This provided a nice key.  On this setup the dimmer was set to only ¼ output.

I used my Sekonic C-800 to measure the output and color rendering of the 700 Smartpanel.  Alongside it, I tested two other on-camera LED lights that I had sitting around, the Aputure AL H198C and the HDV-Z 98.

Below is the data.  The takeaways are:

I did a little research on B&H’s website and I couldn’t find any other on-camera LED lights that even came close to the 700 Smartpanel’s 4200 LUX output.  This comparison uses the specs given on B&H’s site.  Here’s what I found.

If you’re looking for massive output on a small LED light, then the 700 Smartpanel Dual Color is the clear winner.  No other on-camera LED lights that I found even comes close.  There are some minor issues with the light that I mentioned above but the tremendous light output more than makes up for them in my book.

The 700 Smartpanel is super flexible.  You can use it as an on-camera light, as a mini studio light or part of a larger lighting setup.  Because the 700 Smartpanel uses the same technology as Lupo’s Actionpanel and Superpanel, it feels right at home on a set.  On my first film shoot since the start of COVID19, we incorporated a couple of them into a few of our set ups and they worked well.

Lupo’s 700 Smartpanel Dual Color is a small, powerful, durable and extremely robust light and definitely worth a good look.

What do you think about Lupo’s 700 Smartpanel LED light. Do you have some experience working with it? Please share with us your thoughts in the comment section below. 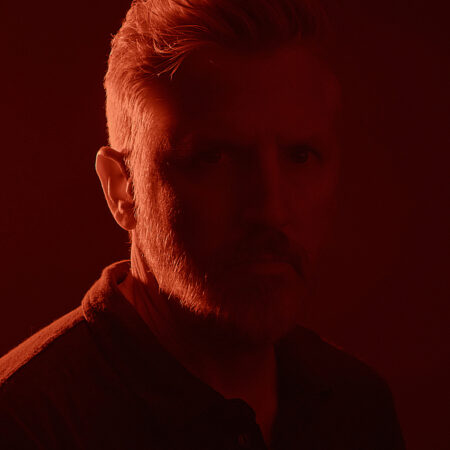