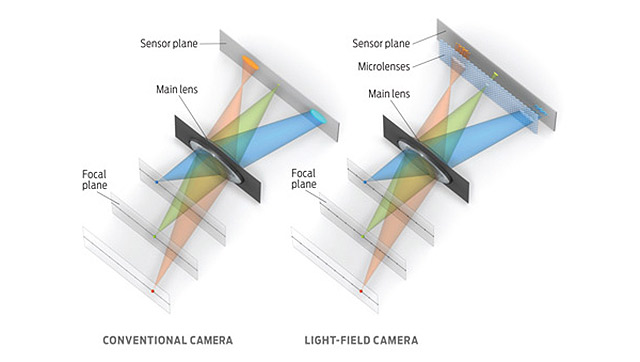 We first saw the intriguing new Lytro technology presented in 2011 when Lytro CEO Ren NG wrote a thesis on the invention. These cameras store enough information to accurately let you focus AFTER you have taken the picture. It’s brain twisting, but ingenious and now the first device by company Pelican Imaging is making its appearance in the form of Smart Phones.

Focus on any subject, change focus after you take the photo, capture linear measurements, scale and segment your images, all on any device.

Imagine the possibilities for video: No more focus pulling, do it all in post, accurately. It seems like it’s only a question of time before the first video camera that stores depth information will appear and indie filmmakers should be looking forward to that moment. Pelican Imaging’s VP Paul Gallagher says that soon the device will be capable of both 3-D and video imaging.

Learn even more at www.pelicanimaging.com