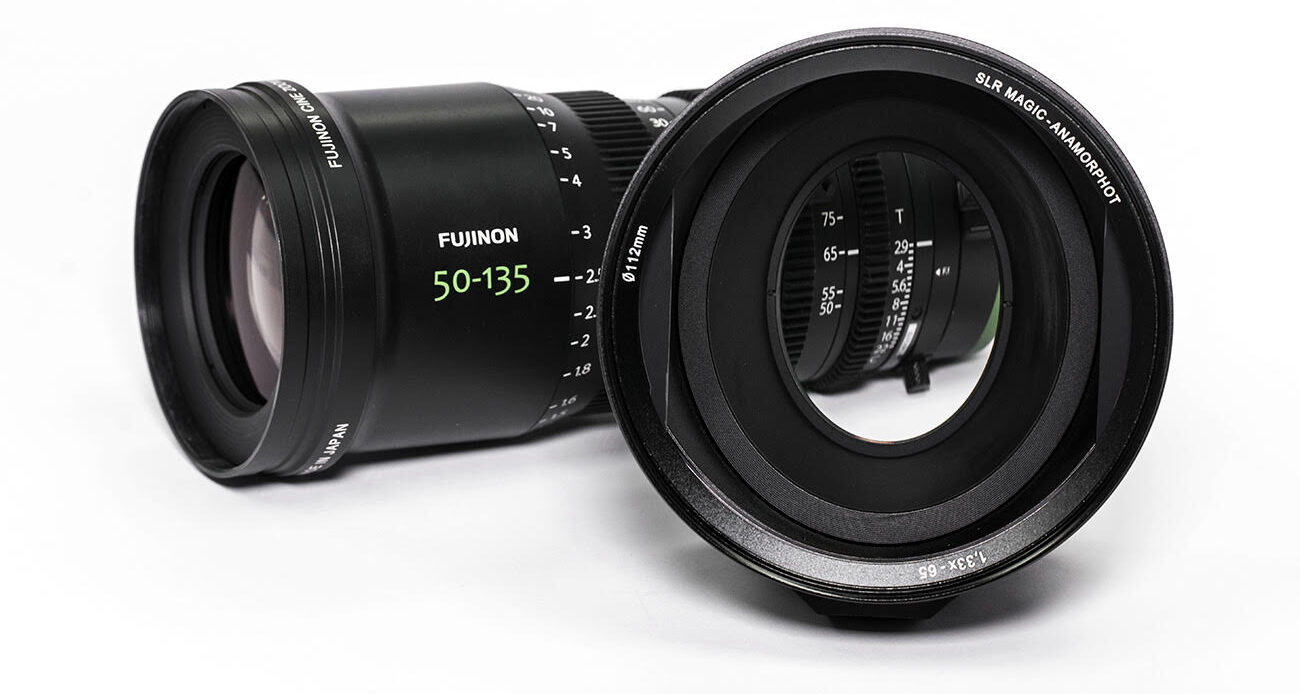 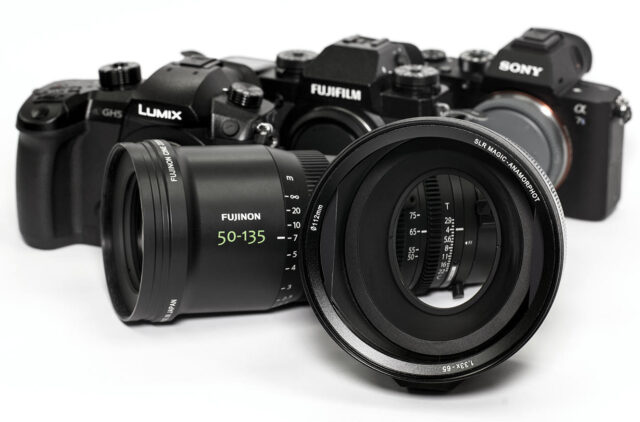 Anamorphic conversion is widely popular and the name SLR Magic regularly gets mentioned when discussing this subject. Their SLR Magic Anamorphot 1,33x–40 adapter has been out for some time. This adapter offers a simple solution for converting small still lenses into anamorphic lenses (we reviewed it here).

The new SLR Magic Anamorphot 1.33x-65 is bigger, adapting to more widely used lenses, and as stated by SLR Magic, was optimised to work with FUJINON’s MK range of zoom lenses.

This screw on anamorphic adapter that is meant for existing spherical lenses was developed to fit and work well with FUJIFILM’s MK series and SLR Magic’s own micro primes (Just to name a few).  It accepts bigger lenses than the already existing SLR Magic adapter. (82mm front thread, up to 65mm front diameter). The Adapter has a 112mm screw front with 114m clamp on the front for universal mattebox compatibility and a front thread that will alternatively allow the use of screw in filters and diopters. The adapter has a separate focus ring, so dual focus operation is required.

For those who don’t know how an anamorphic adapter works: the SLR Magic Anamorphot 1.33x-65 is a lens adapter that screws directly onto the front of your existing lens (the receiving lens). The receiving lens needs two meet two reuirements  for compatibility – It has to have a 82mm front diameter thread and the front glass element should have a diameter which is no greater than 65mm. The adapter then converts your image by a factor of 1.33x – which, when coupled with a 16:9 plane, equates to the popular 2.35:1 aspect ratio. 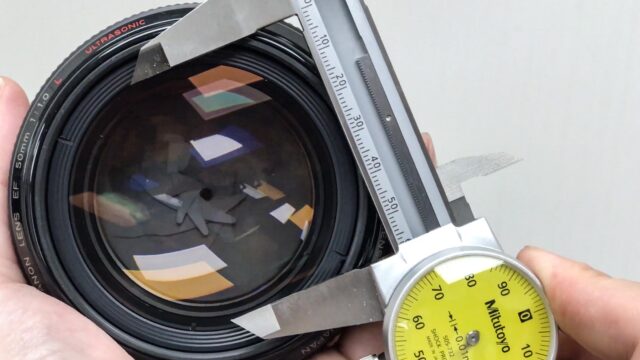 What is good about a 1.33x anamorphic adapter is that it works on 16:9 sensors – it is therefore much more compatible. 2x anamorphic needs a 4:3 sensor to work ‘properly’ (there’s a way to work around, but in general, this is the requirement).

2x is more traditional and applies more stretch to the image; therefore some aesthetics related to anamorphic (such as oval out of focus detail) is more apparent.

Similar to some other anamorphic adapters, the SLR Magic Anamorphot 1.33x-65 has its own focus ring. Whilst the Anamorphot 1.33x-40 only had a two-setting ring  (general use and macro), this one requires constant focus adjustment like a normal lens, meaning you have to adjust the focus on both the anamorphic adapter and the receiving lens, making it possibly tricky to track focus during takes. For anyone familiar with anamorphic adapters, dual focus rings aren’t uncommon. Like with many cost-effective solutions, there are often drawbacks, but we were told by SLR Magic that they worked hard to improve focus adjustments on the adapter itself, with calibrated and accurate focus markings, minimizing the need to “guess” where the optimal focus position is in correspondence with the taking lens.

Naturally, SLR Magic state that their new Micro Primes are the perfect match for the SLR Magic Anamorphot 1.33x-65 anamorphic adapter, but rather surprising, is the additional collaboration with the lens manufacturer FUJINON.

“We are proud to announce that we have collaborated with FUJIFILM, and optimised this new adapter for their ever so popular MK range of zooms, namely, the Fujinon MK 50-135mm T2.9… When mounted on a Fujinon MK 50-135mm, the integration of the adapter to lens appears like a singular unit.”

I’m very keen on trying this new product. I have a decent amount of experience with SLR Magic’s anamorphic products and by collaborating with FUJINON I am hoping to see a matured, high quality adapter that can produce great looking images.

SLR Magic is currently offering a trade-in price program for SLR Magic Anamorphot customers and early adopters for a limited time only. You can email them directly for more details and eligibility.

Nino is currently in L.A , covering Cine Gear, so expect a short hands-on review here at cinema5D soon. A more in depth review featuring the new SLR Magic adapter together with a FUJINON MK lens will be published towards the end of June.

What are your thoughts about the new Anamorphot 1.33x-65 anamorphic adapter. Will you consider buying it together with a FUJIFILM MK lens and a Sony a7X camera in order to create an affordable anamorphic working solution? Share your thoughts with us in the comment section below.